Two of the strongest Changeling packs in North America are the DarkRiver Leopards, controlling the San Francisco area, and the SnowDancer Wolf Pack, in control of the rest of California. The icy and emotionless Psy are under the control of a powerful council of seven beings with very different goals. And some of the humans, often thought to be the weakest of the three races, have decided to level the playing field.


Find all the books by this author to buy:
Amazon page / Barnes & Noble / Book Depository / Kobo


For the last few months my love for paranormal books and series came back. Hot shifter novellas were always a guilty pleasure, and still are. But I wanted to start a series with a whole world of different characters creating one amazing experience. Immortals After Dark was my first one a couple of years back, and then the love grew with Black Dagger Brotherhood. Three months ago I fell in love with Gena Showalter's Lords of the Underworld and then came Psy-Changeling and the series worth ever praise you can think off.

I dived into the books and couldn't get out to write a decent sentence or two about one book. Only managed to review in detail the first one, which you can find HERE. And then I devoured the rest and here I am writing a series review of all the 12 books instead of one of them.

The best thing about this series is the world-building. Nalini Singh's characters are part of a triumvirate of species - the Psy, humans and the changelings. Or better said - the emotionless psychic  race, the underdog and the wild, temperamental animal shifters. Every book contains people from all of the races but mostly Psy and changeling. And that is the fascinating thing about this - Singh managed to combine people from two seemingly completely opposite races into a romance - the emotionless and those who can't function without emotions. But she showed us that not everything is what is seems like - even those who live without emotion because of their unpredictable and dangerous psychic abilities have flaws.

Psy are a picture of perfection to the public, the superiors that this the "animals" are lesser being, but two packs from San Francisco are now out to prove them wrong - the DarkRiver leopards and The SnowDancer wolves. They rise from the shadow and show the world that the Psy Council can't beat them in their own city. They are out to protect their family and even the Psy that managed to worm into their hearts, that proved they are not made of stone, they too can love. Many stories from this series are about that - a Psy - changeling couple and I liked them very much, some more, some less. Dorian(book 5) and Judd(book 3) are probably my favorite stories from those.

But I already said that I love shifter stories and these leopards, especially the wolves go way deep into my special character-love shelf. I love absolutely all of them - Lucas and Hawke, the Alphas - theirs are the books I love the most. Especially Hawke... Oh boy, that man made me meld in book 1 and his is the 10th one!! I'm even guilty of skipping two books(7 and 8) to get to his sooner!

Out of the others, the best one are book 6 about a leopard and a wolf shifter and the last one - Heart of Obsidian - which is the only one about two Psy. It's amazing how the previously thought villain turned out to be the most positive character. Kaleb's is definitely the most epic pnr book I have ever read. Not lying.

I don't even know what else to say! There is so much I can't put into these lines that could make you read this! I will only say that it's not perfect - there are many down-sides and different ones in every book, mostly the fact that the plot is a little slow and has a similar pattern, but the up side is that there is much action going on, even some suspense. Everything takes a world-wide effect later that is so epic, I have no words for Ms Singh's talent. The angst is also sometimes high. The urge to scream in awesomeness is through the roof!

Give it a chance, especially if you read paranormal, at least the first book - it will give you a pretty good insight into the series. I promise you, it's so easy to fall in love :) 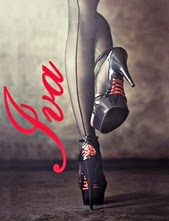