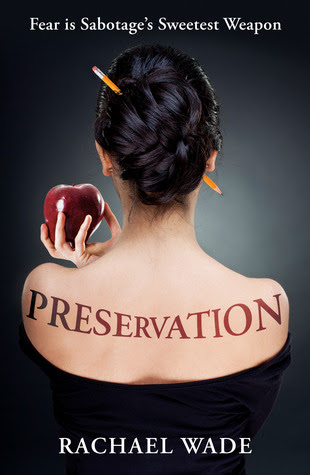 "Kate has no time for meaningless romantic charades, and definitely no time for hot college professors who are full of themselves and smitten with her. Constantly battling eviction notices, tuition she can’t afford, and a sick, dependent mother, the last thing she needs is to be distracted with someone else’s complicated baggage.

When she stumbles into Ryan Campbell’s creative writing class, he is only “Mr. Campbell” to her, until Ryan finds himself captivated by her writing and she is forced to face their mutual attraction. His cocky know-it-all syndrome is enough to send her running in the other direction, and his posse of female admirers and playboy reputation are enough to squander any odds in her favor.

But underneath Ryan’s abrasive facade is something to behold, and she can’t stay away for long. Ryan and Kate must decide who they’re willing to become and fight against their former selves if they want to make things work. That’s if academia, vicious vixens, old skeletons, and their own mastery at self-destruction don’t pummel their efforts first."

I have to be honest with you - I've read Preservation by Rachael Wade against all warnings my friends gave me when they saw that I had put it on my currently reading shelf. After first ten pages or so I thought that they probably had read the different book or something like that. But... They know me well.

What initially got my attention was the story. Kate is this kick ass heroine who tries as best as she can to escape her past and make something out of herself without anyone's help. She is starting college at age of 21 and her willingness to learn and grow is one of the things I find as big plus. First time she meet Ryan, her creative writing teacher, was probably the best scene in the whole book.
On the other hand, Ryan had his two or three spotlight moments, but for the most part he annoyed the hell out of me. I didn't find the whole explanation for his womanizing and sleeping around with his students believable at all - it just made him look self-centered, selfish and weak minded.

The taboo relationship. Preservation had a lot of potential, it has intriguing premise and several times it made me feel this crazy Christian Gray vibe. But somewhere along the road, things went downhill. Ryan and Kate's relationship develops too quickly and in span of few days they go from total strangers to I-love-yous phase. But that maybe wouldn't be such a big problem for me if there was this burn Earth to to ground-hot chemistry between them. There weren't or at least I didn't feel it. Only exiting part is forbidden romance fantasy about getting hot and heavy with your teacher. Speaking about it, I have to say that it wasn't that much of a taboo. It's obvious from the story that no matter all the rules, that type of relationship is something that is socially acceptable and, based on this specific storyline, not so unusual for Mr. Campbell. once again, in New Adult novels breaching this subject, whole focus is on the love story and steamy scenes.

Who should read this novel? All fans of Teresa Mummert and her Honor Student series.