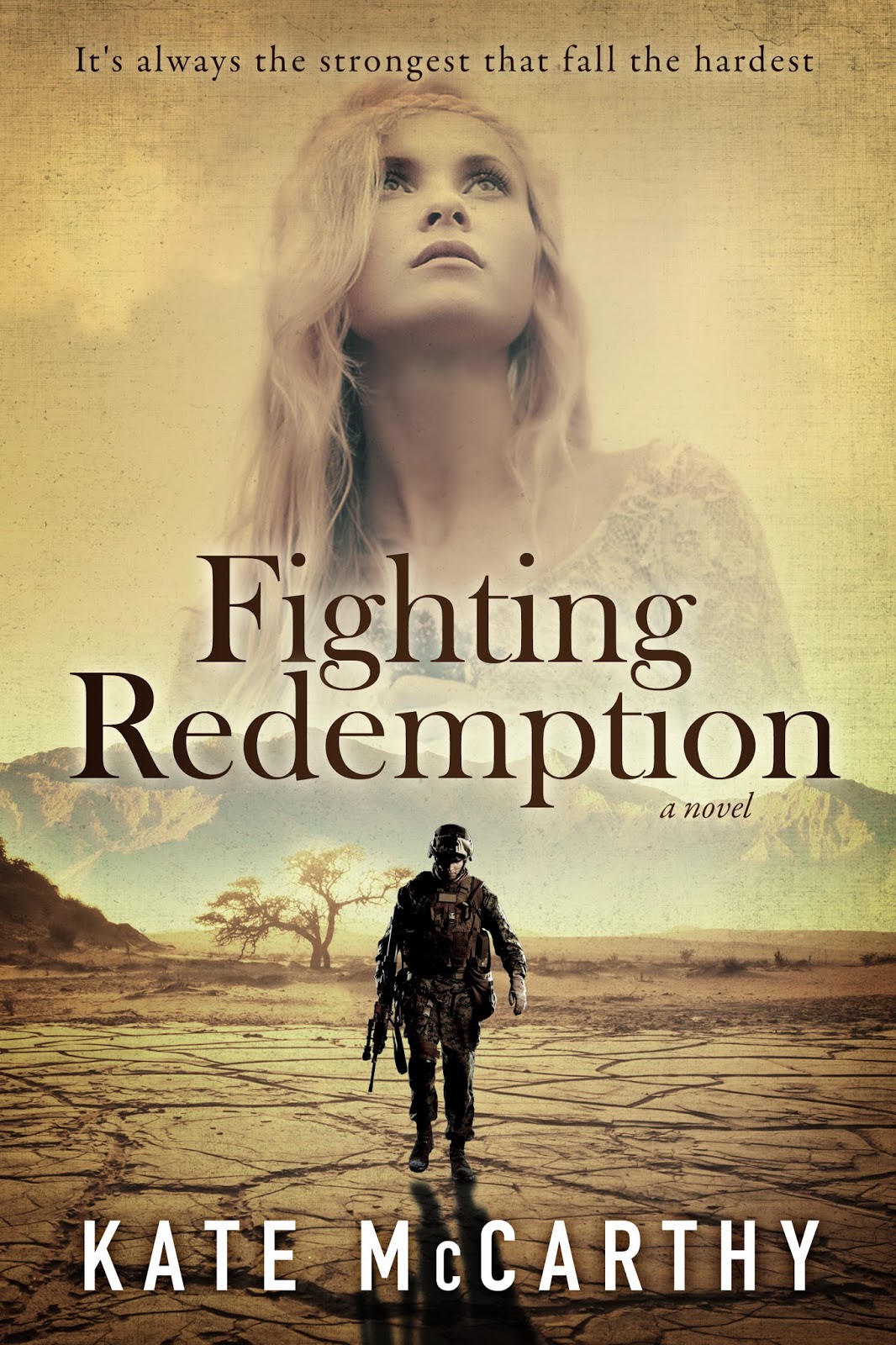 "Ryan Kendall is broken. He understands pain. He knows the hand of violence and the ache of loss. He knows what it means to fail those who need you. Being broken doesn’t stop him wanting the one thing he can’t have; Finlay Tanner. Her smile is sweet and her future bright. She’s the girl he grew up with, the girl he loves, the girl he protects from the world, and from himself.
At nineteen, Ryan leaves to join the Australian Army. After years of training he becomes an elite SAS soldier and deploys to the Afghanistan war. His patrol undertakes the most dangerous missions a soldier can face. But no matter how far he runs, or how hard he fights, his need for Finlay won’t let go.

This is a story about war and the cost of sacrifice. Where bonds are formed, and friendships found. Where those who are strong, fall hard. Where love is let go, heartache is born, and heroes are made. Where one man learns that the hardest fight of all, is the fight to save himself."

Later that morning after their workout and shower, Jake fell asleep on the couch. Feeling at a loss with nothing but time on his hands, Ryan wandered down the hall towards Fin’s room. She was sitting at a little study nook in the corner, laptop open with one foot resting on her chair. She was wearing a tank top and a little pair of shorts. Leaning up against the doorframe, he couldn’t tear his eyes away from those long, delectable legs.
As though sensing his presence, she turned in her chair. He forced his eyes upwards, catching a sexy flush fill her cheeks at his blatant perusal.
“Morning, Ryan.” She took off her black framed reading glasses and tossed them on the desk.
“Morning, Fin,” he replied.
Against his better judgement, Ryan pushed away from the door and walked farther into the room. Fin hadn’t changed at all and neither had his desire for her. His heart kicked over when she met his eyes. He knew everything he was feeling right now was written all over him, but he couldn’t seem to shut it off.
Her eyelids fluttered closed and she whispered, “Why now?”
Ryan took a deep breath. “I don’t know,” he replied honestly.
He shouldn’t still be feeling this way after so many years. Why was he doing this to her, and to himself? It was better for everyone if he stayed away like he was supposed to.
“I’m sorry. I shouldn’t have come. I’ll go stay at the barracks.” He turned to leave.
“Ryan!” she called out. Scrambling out of the chair, she grabbed his arm as he was halfway out the door.
“Fin,” he warned, looking down at her hand pointedly.
She took a step closer and he breathed her in, her scent like jasmine on a hot summer’s day. He was surprised when he looked into her eyes and saw anger burning hotly in their depths.
“Six years, Ryan. Do you know how hurt I was, each day passing by and getting nothing—not even a note or an email? I didn’t just lose you. I lost my brother too. Both of you left me, and I was okay with that. I understood that this was what you needed to do, so I moved on. I built a life that doesn’t include you. That was what I had to do.” She paused and raised a shaky hand to cup his cheek. “I’d have given you my entire heart if you’d only asked, but it’s not yours now. It’s not yours.”
Ryan closed his eyes, agony for losing what was never his rose in his chest until he felt strangled by it. He placed his hand over hers, holding it there until she tugged it away.
“You’re right,” Fin told him. “You should stay on the barracks … but I don’t want you to. Damn you, Ryan,” she whispered fiercely. “I don’t want you to.”
Ryan used his bulk to crowd her against the wall until there was no room for her to move. Leaning one hand against the wall, he grabbed her hip with the other. Her breathing rose rapidly and he leaned in, ducking his head until their mouths hovered a mere breath apart.
“Why can’t I force myself to leave?” He rested his forehead against hers and closed his eyes. “I hurt too. For six years I fought every day not to think of you, and I lost, because every day you were all I could see. You were the best thing in my life—so sweet and innocent, and so goddamn tempting.” His hand strayed from her hip and slid down to grip her ass. He swallowed the groan. “I stayed away so you could move on.” 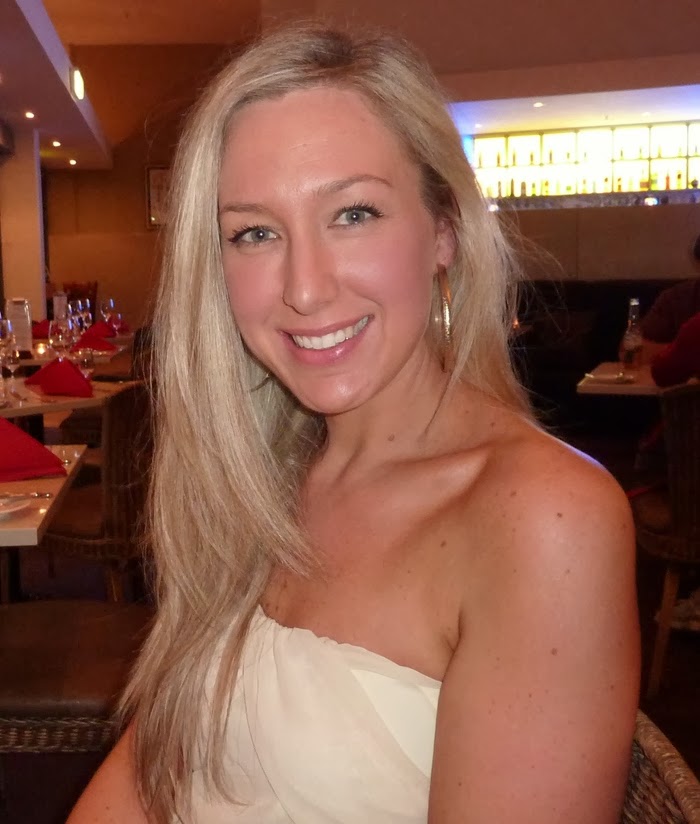 AUTHOR BIO:
Kate McCarthy grew up in a small town outside of Port Macquarie, Australia. Raised in a house just a short walk to the beach, Kate enjoyed the peaceful, relaxed atmosphere and friendships that come from being raised in a friendly, small town area.
She now resides in Brisbane, Australia, a city in the state of Queensland where she works as an accountant, along with a sideline wedding cake business and her writing.
She is married with two children, has two dogs and house in the suburbs, and a pile of friends and family dotted all over the country that help keep her sane.
When she’s not busy running after naughty kids, filthy dogs, crunching numbers, piping buttercream and writing books, you can find her curled up in bed in the early hours of the morning reading new books and re-reading old favourites. Her favourite books are the Black Dagger Brotherhood series by J.R. Ward in which she longs to eventually join the brotherhood and change her name to Phierce Mutha.