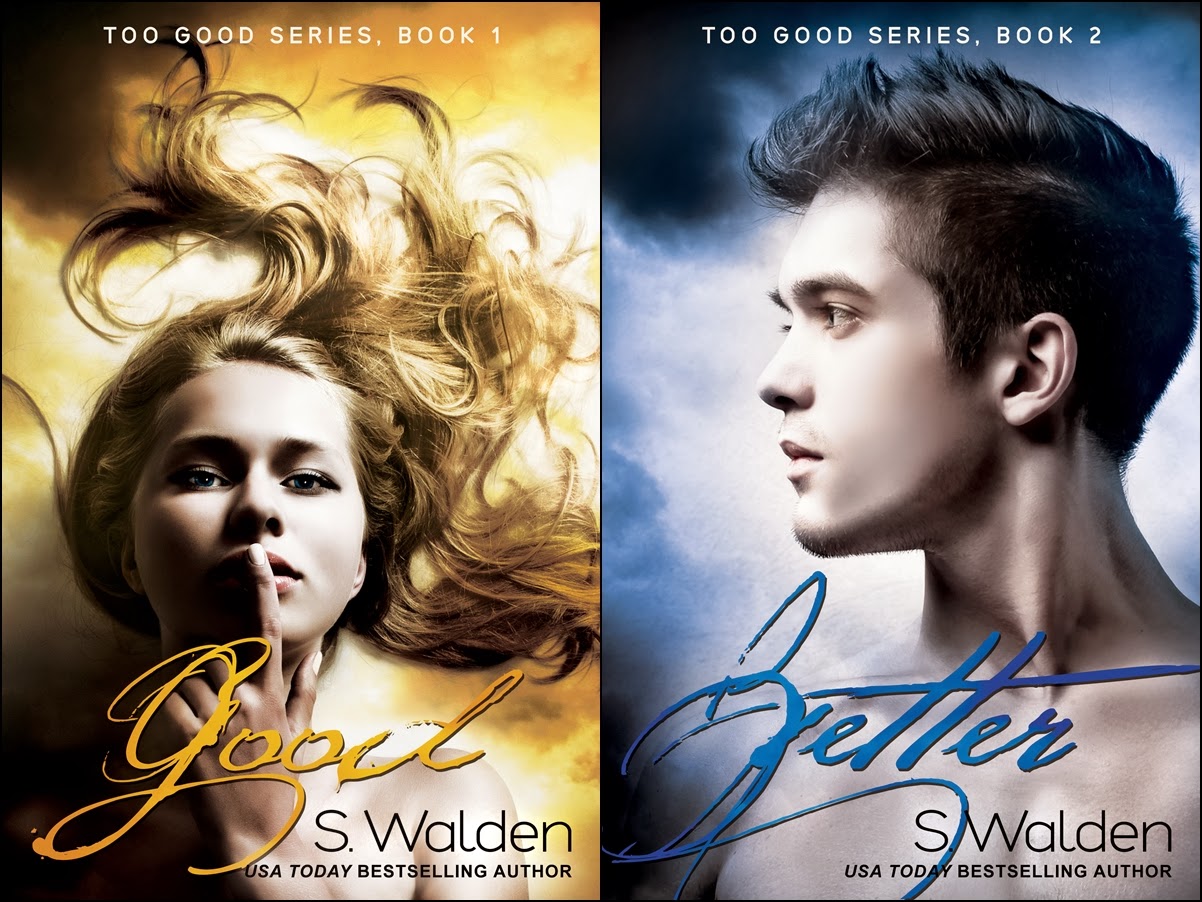 Yesterday we hosted cover reveal for second (and final) book in Too Good series by S. Walden - Better and you had an opportunity to read our review for first book, Good. We are excited because S. Walden agreed to answer few of our question and she is giving away 2 e-copies of Good.

WTHB: Thank you for being with us today We just hope that we won't scare you away with our questions. Let's start with a easy one. When did you realize that you wanted to be a writer?

I started seriously writing at fourteen, but I didn’t know that I wanted to do it professionally until the financial crisis. I had just completed my Masters and couldn’t find a teaching job anywhere, so I created a job for myself. Best decision I ever made because I’ve discovered that it’s the best job I’ve ever had. Is it hard? Yes. Time-consuming? Uh, yeah. There’s no such thing as weekends in my world anymore. But I wouldn’t trade it for anything because I love what I do.


WTHB:  Was it hard to publish your first novel? Who was the first person that read it?

I published my debut novel, Hoodie, through Amazon’s self-publishing platform. So no, it wasn’t hard to actually publish it once I figured out how to format correctly. The hard part was learning how to market successfully. I’d never heard of book blogs. I had no idea how to get my name out there. I literally just pressed PUBLISH and thought that was all it took! I’ve come a long way since then—learning all about the book world, making connections with really great bloggers, discovering new ways to promote my work. Branding myself. Spreading the word. It really is true that an indie author spends more time promoting and marketing than writing. I always say that writing the novel is the easy part.

WTHB: I believe that books we read can tell a lot about who we are, especially those we mark as favorites. What are your favorite books? How much the fact that you used to work as teacher influence your choices?

Well, nothing about being a former teacher has influenced my writing other than I want people to feel something when they read my work. Literature should influence in some way, though I leave that up to the reader how she wants to be affected by the words on the page. Two of my favorite books are Atlas Shrugged by Ayn Rand and Bless Me, Ultima by Rudolfo Anaya. I think you’re right: the books we love are definitely a reflection of who we are. I love Atlas Shrugged because I believe in personal freedom, accountability, and choice. I love Bless Me, Ultima because it taught me that the spiritual framework we’re given as children may not suffice when we grow older. And that’s okay. Reworking a foundation isn’t necessarily a bad thing. People should constantly grow and change, after all. That same theme runs throughout Good.

WTHB: Speaking about being a teacher, I have to ask you something. You wrote a book about relationship between student and teacher. I had  hard time wrapping my mind about some of the things Mark did because I couldn't just forget what I do for a living and my work ethic. Don't get me wrong, I enjoyed reading Good, I liked it, but all the time I wasn't able to get my consciousness to shut up. What made you write story like that?

I’m glad you couldn’t get your conscience to shut up. If it did, then I wouldn’t have done my job. There’s no way the book couldn’t bother you. It’s meant to. Or at the very least, it’s meant to encourage some sort of dilemma on your end—moral, ethical, social. I honestly didn’t think about the fact that I was a former teacher when I wrote this story. Didn’t come into the equation. I was much more focused on telling a realistic story about a high school girl and her teacher who find real love. It’s not perfect by any means. It’s messy, embarrassing, awkward, weird at times. That’s realistic. And it’s also true.

WTHB: How did your ex-colleagues react when they saw what it's about? Did they read it? It probably wasn't easy deciding to publish a book about such a taboo topic.

I have one ex-colleague I still talk to, and I don’t think she’s gotten to Good yet. She just finished Going Under. I imagine her reaction would be the standard, “I don’t know about this. I like it, but I don’t. I’m rooting for them, but I don’t want to. I’m conflicted and confused.” Well, I supposed that’s how I’d hope she’d feel.  As far as deciding to publish a taboo story, I thought this one was much “safer” than Going Under. I mistakenly thought that because Georgia’s age of consent law is 16 and over, there’d be no issue with the age difference. I couldn’t have been more wrong! Did it make me question publication after the fact? Not really. If the story makes a reader uncomfortable or even enraged, she is perfectly within her right not to read it.

WTHB: One of the things I've noticed is that religion plays a big, important part in Good. Was it something that is part of your own upbringing or you used it for different reasons?

Yes. I grew up with a Christian framework that didn’t seem to jive as I grew older. It was difficult for me as a teenager to reconcile my personal relationship with God to the expectations of church culture. It wasn’t until my mid-20s when I finally decided to ignore that culture in favor of nurturing my own spirituality. Think Anne Rice divorcing herself from Christianity. Did she divorce herself from Christ? Absolutely not. She divorced herself from the church.

I wanted Cadence to grow up with a Christian framework because I wanted her to struggle spiritually as she embarks on her illicit affair with Mark. I wanted to raise questions like “What does it mean to be good?” “How does one show goodness?” “Are you still good if you make mistakes?” because I feel like sometimes fundamental Christian viewpoints are too black and white. I grew up with black and white, but I don’t believe for a second that the human condition is black and white. We’re too complicated for that. So yeah, religion is important in this story because it raises important questions for the heroine that she must grapple with. Religion isn’t meant to teach the reader a damn thing. It’s meant to grow the main character.

WTHB: I saw on Goodreads that a lot of readers labeled it as Young Adult novel? Was your intention to write YA?

It really isn’t Young Adult fiction. It’s New Adult fiction. YA is for a younger crowd. NA is for an older one. I don’t really care how people label my work, though. I hate genres. I wish I could be genre-less, but that’s impossible if I want to market my books. I do think it can become confusing, though, to see Good labeled YA simply because of the targeted age group for that genre. That’s why, as much as I despise them, I include disclaimers at the end of my book descriptions. No room for misunderstanding when you let your readers know what to expect from your books in terms of sex, drugs, language, and violence.

WTHB: How do you manage to deal  with people who think how authors such as yourself are using taboo topics just to get bigger sales? I know that your other two novels are far from being light reads too.

Well, I’ll start by saying that I don’t think taboo stories generate more sales, and I certainly don’t write the stories I do because I think they’ll make me mad money. I don’t think many readers feel that way either. I never set out to be this indie writer who pens “controversial” stories. It just happened that way with every book I published because I was writing stories that didn’t quite fit the mold. There’s kind of a formula for New Adult fiction right now, and my stories don’t fit that formula. So what seems so taboo is just a story that hasn’t been done, or hasn’t been done often. You’re right, though: my stories aren’t light reads. Just the nature of what I enjoy writing.

WTHB: Do you have idea what will you write about next?

Yes, but I’m refraining from sharing quite yet. All I can say is that it’ll be my last NA story set in high school for a good, long while. And it’ll be a stand-alone.

WTHB: Any words of wisdom for the end?:)

Words of wisdom, huh? Hmmm. I guess to readers I’d encourage you to trust the story. Happily-ever-afters have their place, but feel-good literature is easily forgotten. Take a chance on stories that aren’t contrived. Even if the ending makes you cry. 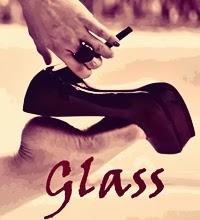