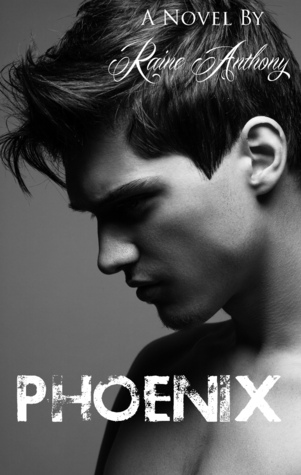 In a small town in Cornwall, a fighter and a schoolteacher meet.

Dangerous. Bad News. Killer. This is what Phoenix sees when he looks in the mirror.

Shy. Timid. Afraid. This is what Eve sees in her own reflection.

But when Eve looks at Phoenix she sees a strong, handsome, sensual man. And when Phoenix looks at Eve he sees a beautiful, untouchable, heavenly creature. Together they will help each other to escape the labels they have lived with for so long.
Will the ghosts of their pasts return to hinder their happiness?
Or will true love lead to freedom?

Phoenix is a story of two lonely souls trying to find solace in one another’s hearts.

"If the soul is left in darkness, sins will be committed. The guilty one is not he who committed the sin, but the one who causes the darkness."

This book started out really good. Eve is starting a new chapter in her life as a history teacher in a new town and a new house close to nature. Free from her abusive brother and the traumas of her childhood he caused which made her into a scared, timid woman with zero confidence and some claustrophobia. She is determined to try and change her life, shed her fear and start living a normal life. But she never dreamed she will meet someone that will help her with that.

Phoenix is the town mystery. A 30 year-old handsome carpenter - quiet, keeps to himself, not interested in making friends and especially relationships. But the new neighbor turns out to be hard to avoid. He has some very big secrets about his past life and where he came from. And Eve finds him fascinating. As does he her. The mutual interest sparks a desire to get to know each other.

I really liked this beginning. Often, I came across books that had characters with dark pasts, the typical one being the heroine who got abused and the hero there for the rescue and comfort. But those were beyond cheesy and unreasonable. The women are like two different people - one the dark part, the "oh, poor me!" with scars from past experiences, too afraid and without confidence to do anything. And the other, the sex machine, hot and feisty without trying, absolutely awesome in bed. And that's damn annoying and actually very unrealistic.

Eve.. Now Eve was very different from that. She was portrayed as so innocent and honest, almost child-like. You could really see the victimized person, but also the fighter! She challenges herself numerous times throughout the book, fighting the part of her that wants to run away and hide. And Phoenix was there to push her even more, to become who she really is. Eve fell in love with the part of him she recognized in herself. They were two souls that understood each other and healed together. Because Phoenix was a victim too, one who was made a killer, convinced that he is just as horrible as those how captured him. Beyond redemption. It was beautiful to read about them.

... but there was too much of it. A little twist here and there, but the only thing I really liked toward the end is the epilogue from Phoenix's POV. That, and the prologue, were the only chapters with his thoughts and I'm very sad that there wasn't more of it. Phoenix is even more intense then Eve. But nevertheless, this is a book that is not to be set aside. Very emotional and self-discovery-type, I definitely recommend it if your like it a little spiced-up too.

"I see myself as the caterpillar, living inside my exoskeleton, never showing my real self to anyone expect for Harriet. I was still inside that exoskeleton when Phoenix came along. I wasn't sure if I wanted to break free but he encouraged me, taught me how to spread my wings and fly. I saw what he had survived, how he had managed to preserve his mind after all the dark things he was forced to do, and it gave me strength. If Phoenix can survive what he has suffered then I can surely survive what I have." 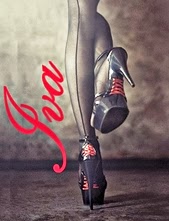