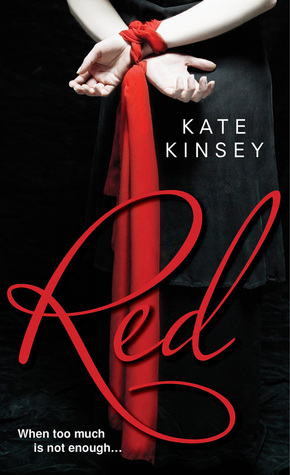 
The desire had always been there.
A yearning for dark, shadowed things that could not be spoken of,
could hardly be put into words even if she dared...

This was something different. Sometimes you just know right at the beginning that you're gonna like the book and this was that kind of book for me and do I even have to mention the intriguing cover. I read the first couple of pages and I was immediately seduced by the provocative, at times poetic voice of the author. Her amazing writing style is one of the most important resons why you should read this.


She wanted to offer up her body and mind
and soul
in devotion and pain and suffering so sweet
it denied all attempts to define, describe, quantify.
She learned what others called it.
Sadomasochism.
But it was inadequate, not the right word at all.
Perversion was worse in its cruelty, its judgement.
But nothing could stop the want.

The Bdsm lifestyle presents an important aspect of the story regarding both the case and the sex part. There were a couple of sex scenes, not too much, and those were, just like the bloody murders, pretty explicit and hands down dirty. Every chapter of the book begins with a quote by some of the famous authors and philosophers out there (W. Shakespeare, W. Faulkner, Nietzsche, ...) what I really liked. The quotes were deep and provocative and they were mostly about pain mixed with pleasure and they made me think that some of these authors were pretty kinky themselves, LOL.

"I'm your spaniel; and, Demetrius,
The more you beat me, I will fawn on you: Use me but as your spaniel, spurn me, strike me,neglect me, lose me; only give me leave,
Unworthy as I am, to follow you. What worse place can I beg in your love,
And yet a place of high respect with me, -Than to be used as you use your dog.
By W.S.,"A Midsummer Night's Dream"

The only flaw for me was that I guessed quite early in the story who was "the bad man", even though the story did got me second guessing a couple of times, and I was a bit frustrated because the characters seemed oblivious to the things that were right in front of them

And the ending? Omg, I frigging loved it!  I would have given 10 stars just for that awesome ending, that's all I'm going to say.

The message of this book: A strong and confident woman can be the deadliest weapon of them all if she chooses it.


"The true man wants two things: danger and play, for that reason he wants woman, as the most dangerous plaything."  By Friedrich Nietzche

Posted by PurpleBook at 2:43 PM