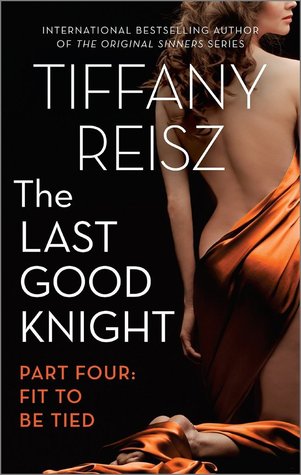 With her feelings for Lance warring with her recent encounter with Søren, Nora returns to Lance's bed and finds herself toying with the idea of…toying with him on a permanent basis. But after she gets a glimpse into his personal angst, Nora realizes she has the power to rescue this white knight…

I've said in one of my previous reviews for this serial that each part had something special that made me like it, so here is why I liked Part IV...

After the good news came from Kingsley, Nora and Lance wasted no time in continuing where they left off when they were in her dungeon. Cue kinky times which once again proved Lance is a sub any Mistress would be lucky to have. He is just... so... dreamy...


“Mistress, I want to be nothing but good to you.”


However, just as I was starting to root for Nora and Lance, HE knocked on the door - Søren. And damn if at that moment I didn't want Nora to just kick Lance to the curb just so Søren wouldn't get hurt. (Sorry, Lance.) Ah, the conversation Nora and Søren had on her porch in forty-degree weather...


“This isn’t running.” ... “This is standing. Standing and living my life. I’m not your property anymore. I submitted to your from the age of fifteen to twenty-seven. That’s twelve years. I’ve been a Domme for two years. I’m not ready to give this up yet. I’m just finding out who I am finally.”
“Mine,” Søren said. “You are mine. That’s who you are.”
“And you wonder why I’m not running back to you?”


And if that wasn't enough for my poor heart to take, they even brought up Kingsley. My darling Kingsley...


After all that, Lance with his magic hands made sure Nora felt better. I certainly felt better. And it was off to Part V... 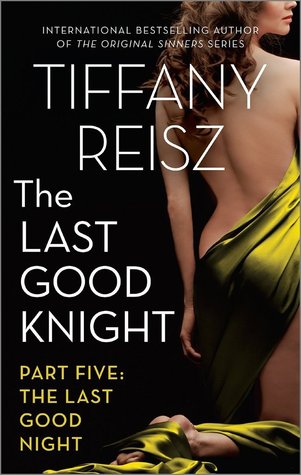 Now that the perpetrator has been apprehended, Nora sadly acknowledges she doesn't need a bodyguard anymore. She adores Lance and wants to keep him but is faced with a dilemma—if she uses her connections to help Lance, she'll have to give him up forever…


The thing I loved most about Nora throughout the whole Original Sinners series was her selflessness, her ability to put the needs of others before her own wishes. She did it with Zach, with Wesley, Daniel, and who knows who else... This time it was Lance.

What Lance had to do, sadly, meant no Nora in his life. He was torn deciding what to do, but Nora knew what needed to be done, and made sure Lance knew it, too.

“I have to do what I need to do,” Lance said at last. “Even if it’s not what I want to do.”
“One last good night?” Nora offered. It was all she had to give.
Lance nodded instead of speaking.


The part that came after that was so bittersweet. I cried and smiled at the same time. It was beautiful. And that is all I'll say about it...

In conclusion, The Last Good Knight was a wonderful addition to the series, and anyone who likes it even a little has to read this, too. Or else...