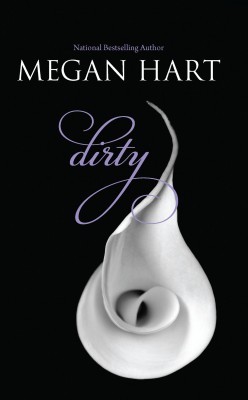 This is what happened…

I met him at the candy store.

He turned and smiled at me and I was surprised enough to smile back. This was not a children’s candy store, mind you–this was the kind of place you went to buy expensive imported chocolate truffles for your boss’s wife because you felt guilty for having sex with him when you were both at a conference in Milwaukee.

I’ve been hit on plenty of times, mostly by men with little finesse who thought what was between their legs made up for what they lacked between their ears.

Sometimes I went home with them anyway, just because it felt good to want and be wanted, even if it was mostly fake.

The problem with wanting is that it’s like pouring water into a vase full of stones. It fills you up before you know it, leaving no room for anything else. I don’t apologize for who I am or what I’ve done in–or out–of bed.

I have my job, my house and my life, and for a long time I haven’t wanted anything else.

Until Dan. Until now.

“What are you, Elle? Are you a ghost? Are you an angel or a demon? Because you can’t be real.”


Dirty was the second book by Megan Hart I read, and the one that made me want to read all of them. It is also the book I usually suggest when asked which book to choose as one's first book by this author.
I wish I had read Dirty before I read Broken. Elle and Dan appear in it, too. I did find it odd that so much attention was put on Elle in Broken. I couldn't figure out why that was. Not until I saw the names of the main characters in this book. So basically I went into Dirty knowing the ending of their story. I think I would've enjoyed it more if I hadn't read Broken first, but I definitely loved it.

Elle to me was such a tragic character. In Broken I kept wondering what had happened to her in the past that made that way, that she was her own obstacle to happiness, that she couldn't be comfortable when people were nice to her. I knew her mother was a big problem. She only appeared briefly in Broken, but it was more than enough. Unfortunately, there was a lot more of her in Dirty. Unfortunately... That woman... Agh, I have nothing nice to say about her, so for the sake of my nerves, I will say nothing.

Her mother wasn't the only person who scarred her for life. No... There were more. Most of them had lived in her family house. And all of them shaped the person she was when she met Dan.

She met him at the candy store. Then she met him at a bar. After that, they saw each other regularly. How they met - it was a perfect start of a romance, but in Elle's life there was no romance, nor she wanted it. God, Elle drove me crazy... I wanted to slap her and I wanted to hug her for all she felt when she was with Dan. She was so broken she couldn't let him in. And Dan tried and tried and tried again, but with Elle it was always one step forward and two steps back. And I found it amazing he allowed her to treat him the way she did. He was pretty amazing.

To describe how their relationship - dubbed as "not dating" - progressed would be gut-wrenching for me, so I won't do it. It was hard, that's all I'll say.