"Liam “Hunter” Blake hates the Reapers MC. Born and raised a Devil’s Jack, he knows his duty. He’ll defend his club from their oldest enemies—the Reapers—using whatever weapons he can find. But why use force when the Reapers’ president has a daughter who’s alone and vulnerable? Hunter has wanted her from the minute he saw her, and now he has an excuse to take her.

Em has lived her entire life in the shadow of the Reapers. Her overprotective father, Picnic, is the club’s president. The last time she had a boyfriend, Picnic shot him. Now the men in her life are far more interested in keeping her daddy happy than showing her a good time. Then she meets a handsome stranger—a man who isn't afraid to treat her like a real woman. One who isn't afraid of her father. His name is Liam, and he’s The One.

Or so she thinks."

My favorite book in the series so far!

Thanks to the Joanna Wylde, I discovered my favorite type of bad boys and since the time I read Reaper's Property I devoured several biker romances, but non of those comes even close to Reapers MC. The latest book in the series might just be my favorite - Devil's Game had everything I like in my romance novels.

Unlike previous two novels, here we have a main character from a different club - Liam, also known as Hunter, is a member of Devil's Jacks, you remember him from  Reaper's Legacy - that guy who kidnapped Sophie and Em. Compared with some other books in the genre, Devil's Game is much more tamer. There is still a plenty of violence and testosterone, but story is more focused on the romance than on lifestyle or club's business. 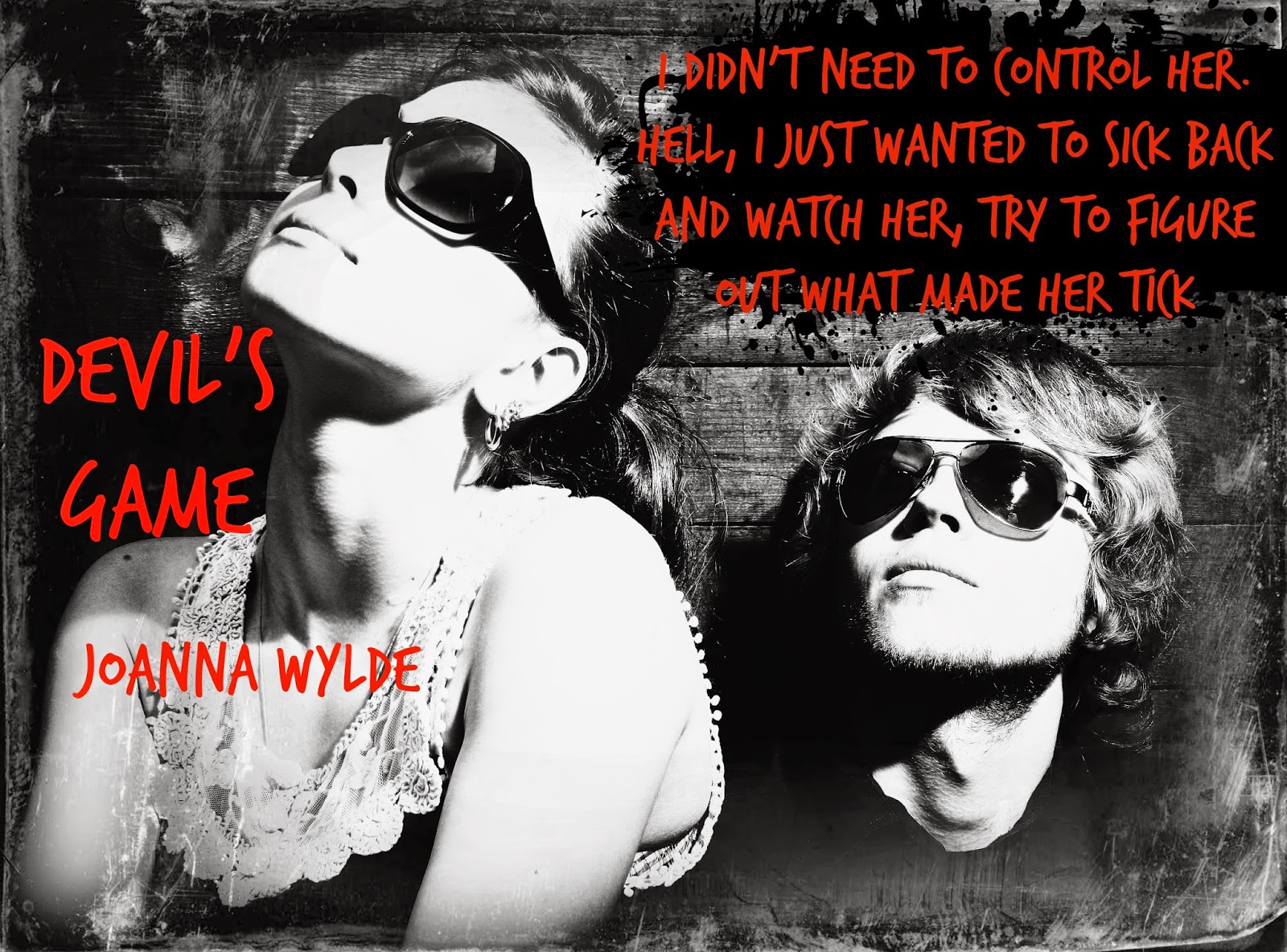 Hunter was a big surprise for me. He is probably the most honorable and idealistic biker I've read about. Bad boy with a heart of gold. More like Prince Charming among bikers, still possessive and jerk at times, but honest and not afraid to admit his mistakes.

Em is kind of a girl I like. I have to admit that I had a bigger crush on her than on Hunter - she is smart and strong girl who knows exactly what she wants and she tries to get it no matter how scared she might be. Unlike some other female characters in this genre, Em doesn't need to be saved. She saves herself. 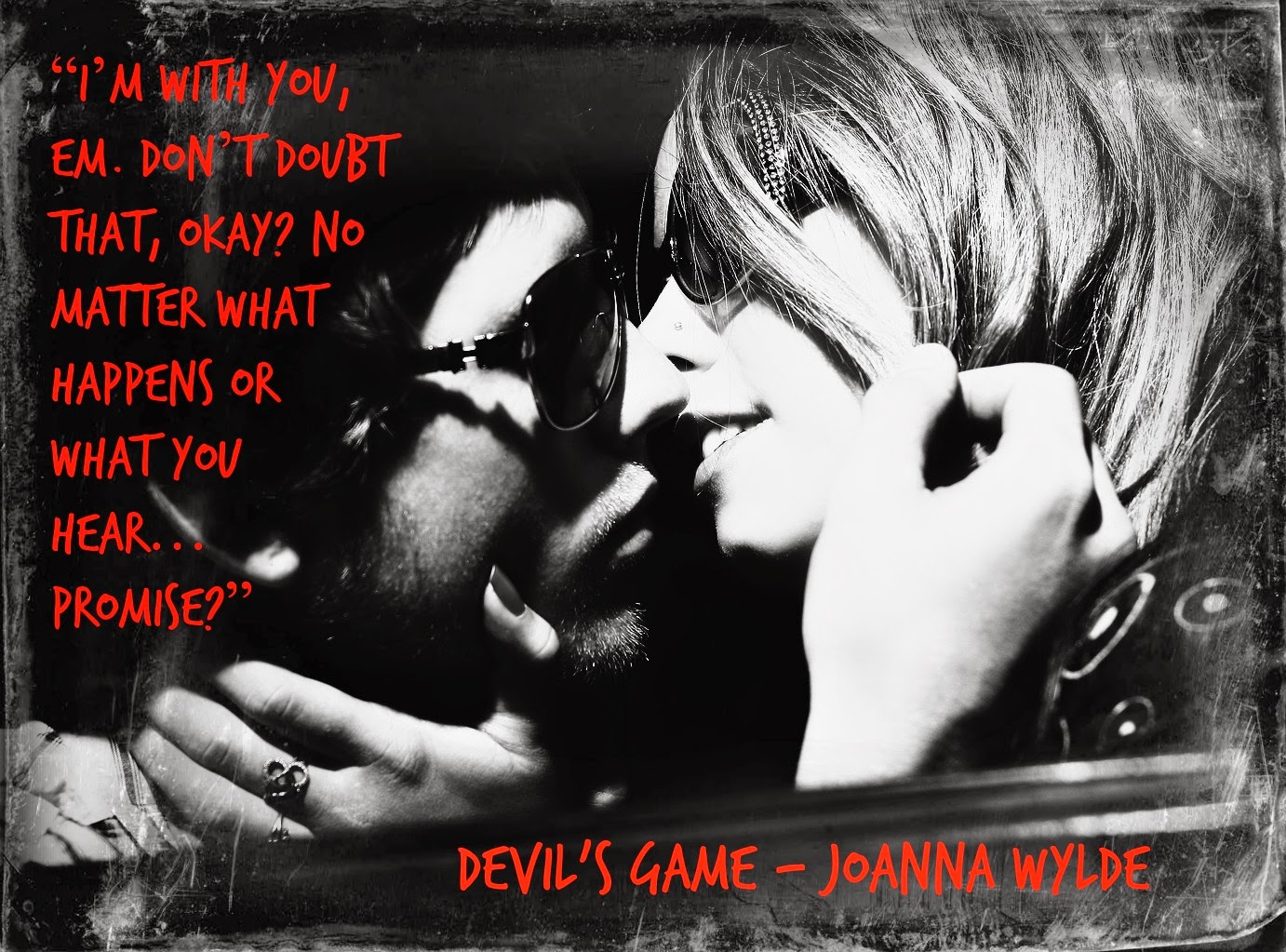 Joanna is a freelance writer living in Coeur d’Alene, Idaho. She started writing fiction in 2002, then took a long hiatus to explore other writing opportunities. She returned to fiction in January 2013 with ‘Reaper’s Property’, the first book in the Reapers Motorcycle Club series, and has recently released ‘Reapers Legacy’, the second of the series. 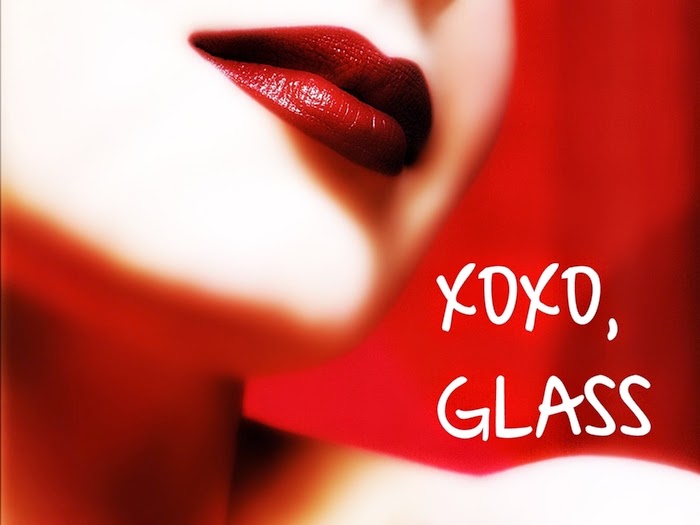 ***Copy of this book was provided by publisher, Berkley Trade, via NetGalley in exchange for an honest review.***