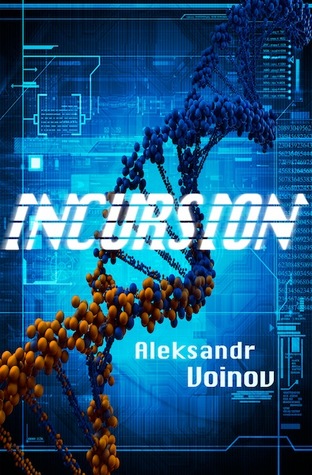 
When the local authorities ask Kyle Juenger to hunt a shape-shifting Glyrinny spy, he can't refuse. After all, he can use the reward to replace his paralyzed legs with cyberware, and maybe even to return to his home planet. Besides, he hates the morphs-those invasive, brain-eating monstrosities whose weapons cost him his legs.

Kyle's best lead is the Scorpion, a mercenary ship armed to the teeth. Grimm, the "Scorpion's" pilot and captain, fascinates Kyle. He's everything Kyle lost with his legs, and he's from the same home world. He's also of the warrior caste-half priest, half savior. But Grimm's been twisted by life as a merc, and Kyle's stuck undercover as a criminal on the run.

That doesn't stop Grimm from coming on to Kyle, or from insisting he's more than the sum of his past and his useless legs. But Kyle has other concerns-like tracking a dangerous morph who could be wearing anyone's face. And as if things weren't complicated enough, Kyle can't tell if Grimm is part of the solution . . . or part of the problem.


This was my first time reading sci-fi. It's weird I haven't tried it before since science fiction is something I like, but somehow I've never looked for sci-fi books. That could have gone on for a long time, but I am in the process of reading everything Aleksandr Voinov's ever written, and if anyone's going to get me to try something new, it's him. This book was an excellent start.

Incursion was a great novella. I expected it to be good, but it was better. True to myself, I haven't read the blurb before reading it, so it kept surprising me in the most bestest ways.

This may have been a story set in an alternate universe, with aliens, space travel, and very advanced technology, but it felt very real, and sadly, at times too realistic. As a species, humans are not the most... Oh, hell, why sugarcoat it: we can be quite despicable; the aliens are better off without us. Kyle Juenger can verify that.

Kyle (who I would love to read more about) was a wonderful hero. Scarred, alone, depressed, self-deprecating; I liked him from page one. Actually, I really, really, really liked him. With his situation, and the mission offered to him that could help him out, I just wished for him to successfully finish it so he could have the means to lead a better life; anything to make it easier for him. But, as I said, I didn't previously read the blurb, or else I'd have known that it was in his cards to cross paths with Grimm.

One of those "most bestest ways" this novella surprised me was Grimm. His character slowly but surely wormed his way into my good graces, and I am now his huge fan. I went from thinking of him as a character who would give Kyle a little fun, to him being a means to an end, and I ended up believing he was the end, a very nice end. What can I tell you: the guy grew on me. I loved him.

Aaannnddd, yeah, I absolutely loved Kyle and Grimm together. I didn't expect the story would go in that direction, but it was a welcome surprise. I hope it goes well for them.

Lastly, the world of Incursion seemed interesting and full of stories to tell, personal and political, so I'd be more than happy to read them. Seems such a shame creating a universe and leaving it at only one story. I'd like some more. Pretty please.