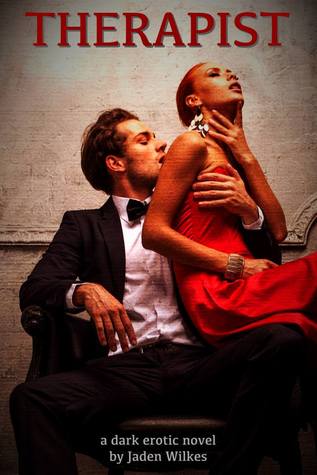 I am a sociopath.

I know this because I diagnosed myself.

I have a PhD in Clinical Psychology from a very prestigious university.

I am charming, attractive, and you probably want to sleep with me.

I take what I want, when I want, and I enjoy picking the most tragic of all my patients to experiment with.

I have no remorse, I am unrelenting in my pursuit of tragedy, and I am about to meet my match.

Her name is not important, I am only allowed to call her Mistress. She is a femme fatale, a patient, and now an obsession.

She will destroy me, I will do anything to get inside of her.

I can already feel her inside of me.

**Trigger warning. This novel contains situations of perversity and dubious consent. It is not a love story, but more of a journey through a few short days in the life of a madman. What you see is not always what you get, reality is altered through his eyes and sometimes there is no happily ever after.

"A sociopath is defined as someone who is suffering from Antisocial Personality Disorder. Sociopaths show a pervasive pattern of disregard for the rights and feelings of others.

While it's common to think of sociopaths as criminals, even killers, such behavior isn't essential to the diagnosis of Antisocial Personality Disorder. Officially, the diagnosis starts out by saying that the patient must be 18 or older and have shown certain behaviors consistently over time and circumstances.

Here's a look at the personality traits that psychiatrists consider when diagnosing this condition:

1. Required: Self functioning that is:
Egocentric, getting self-esteem from power, personal gain or pleasure; and/or

Sets goals based on personal gratification, without regard to whether achieving those goals is legal or ethical.

2. Required: Interpersonal functioning that:
Lacks empathy - doesn't care about hurting others; and/or

Can't have true emotionally intimate relationships because relates by exploitation that may be by:

Well then, come and meet dr. Alexandre Dane, a well-known and wealthy therapist, adored by his friends and patients with a big, dark secret.

"I plan my actions always with the idea that I might have to explain them to the police at some point. I'm meticulous in my behaviours so that I will have hundreds of people to back me up if anybody ever accuses me of anything. I'm the nice guy next door who nobody ever suspects."

Everybody who knows him would describe him as the nice guy next door, but in reality- that's just a role he plays. A well-learned disguise for the things that happen behind the closed doors of his office. Looks, money and a harem of women willing to do everything his dark mind requests- he's got it all, but nobody knows the true Alexandre Dane and they'll be quite surprised when the mask falls down.

Every once a while, when the books I read get a little repetitive, I pick a read out of my comfort zone. Something new and unpredictable where I won't guess every next step of the plot. This was that type of read. The story is not for everyone. It's a dark erotica and a big mind-fuck with a lot of kink. The main character is a true sociopath with dubious redeemable qualities who will lie, cheat, manipulate and worse in order to get what he wants. Yes, there's more to him and his story than meets the eye. You will like him, hate him, want him, be scared of him, pity him. You'll be torn between feeling sorry for him and being disgusted by him. That's all I'm going to say.

Considering the topic, there are a lot of mixed reviews about this book. Some loved it and there are some who hated it and didn't see the point behind the story. For me, well, the idea of this story is good. I think the author did a pretty decent job when it comes to writing the story from the pov of a sociopath. There were some parts which I really liked and there were also some parts I thought could have been done a lot better (like f.e. the parts with the mysterious Mistress) and the one thing that's unquestionable is that the book is in need of a good editor.

And the ending? Well, with some minor issues with the way the author developed the story- I really liked it! I definitely did not see that coming and I love when that happens, because lately, with the books I read it happens quite rarely.

All in all, if you are fan of dark reads and you want to read a dark erotica/ mindfuck with an anti-hero for a MC, give it a try!

"I know I'm an asshole. I get it. Most of you are probably hitting close on your kindle app right now, but hang in there. I might be a piece of shit but it makes for a good read. I guarantee I'll have your cunt dripping by the time you finish our crazy fucking ride. "

Posted by PurpleBook at 3:40 PM