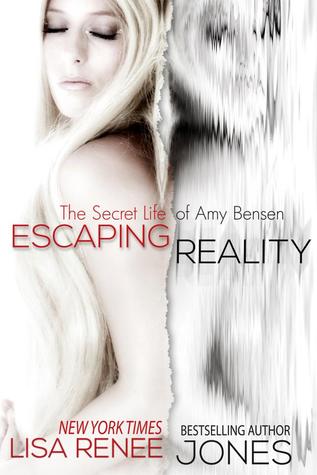 His touch spirals through me, warm and sweet, wicked and hot. I shouldn’t trust him. I shouldn’t tell him my secrets. But how do I not when he is the reason I breathe? He is what I need.

At the young age of eighteen, tragedy and a dark secret force Lara to flee all she has known and loves to start a new life. Now years later, with a new identity as Amy, she’s finally dared to believe she is forgotten–even if she cannot forget. But just when she lets down her guard, the ghosts of her past are quick to punish her, forcing her back on the run.

On a plane, struggling to face the devastation of losing everything again and starting over, Amy meets Liam Stone, a darkly entrancing recluse billionaire, who is also a brilliant, and famous, prodigy architect. A man who knows what he wants and goes after it. And what he wants is Amy. Refusing to take “no” as an answer, he sweeps her into a passionate affair, pushing her to her erotic limits. He wants to possess her. He makes her want to be possessed. Liam demands everything from her, accepting nothing less. But what if she is too devastated by tragedy to know when he wants more than she should give? And what if there is more to Liam than meets the eyes?

"Haunted, I'm being haunted. All the denial I own won't change my reality."

If I had read this book 2-3 years ago when I still enjoyed books with themes similar to Fifty Shades Trilogy I would have probably loved it, but nowadays I feel like I just overgrew these type of stories. I would even go so far and say that this book is better written and with more focus on the plot than sex scenes in comparison to FST, even though there's fair share of steam here, too. It started out promising, I really thought that I might like it, but my first impression and excitement lessened with every next page.

The reasons why this book wasn't for me:

The female mc of this story is Amy Bensen or better say that's one of her fake names. Throughout the story we are given little clues and snippets about Amy's true identity and that's it. We don't find out her real name (except in the synopsis where it says it's Lara) or more about her background in this installment. The one thing that's certain is that Amy is in big trouble. We meet her at the beginning of the story when she's unexpectedly leaving  NY and her life there and moving to Denver with a totally new identity and it's said that this is not her first time.

She's been running from city to city for six years already, since her 18th birthday, always casting glances over her shoulders to be sure none of the ghosts from her past are following. As I already said- the beginning was gripping. The suspense and mystery are going to keep you on your toes, well, at least until she meets Liam when most of the focus of the story shifts on accelerated building of their romance. I kind of lost my respect for Amy after she gets involved so quickly with a stranger (Liam) she knew nothing about considering her life/death situation and later on the way she always found some excuse for his caveman behavior. Her naive and immature behavior made me wonder how could a person like her survive for so long on the run? Highly unlikely, if you ask me.

~ Over-possessive caveman for a male MC

"Money breeds lies, baby. They swim like sharks around me."

The male mc of this story is a famous billionaire and prodigy architect- Liam Stone. Liam is intelligent, drop-dead gorgeous, provocative, cocky and  intense. One of those guys who can have everything and anyone his heart desires. While I admit that at the beginning of the story even I wasn't indifferent to his charm, soon enough with every next page his more expressed outbreaks of jealousy and possessiveness started to be extremely annoying. Remember Christian Grey? Well, Liam could be some type of his lighter version.

"He wants you. I want you. I can't walk away form you, Amy, and I have this sense you could bolt at any minute. And yes, you're right. I'm being barbaric. And intense. That's who I am and I can't be anyone but me."

~ Undeveloped mystery
The  best parts of this story for me were the beginning and the ending or better say the gripping and intriguing way the mystery/mindfuck started and the thrilling way it ended. Everything in-between was lacking in those departments and increasing when it comes to lame, over-dramatic situations. The story would have been much better in my opinion if the author was more imaginative and focused on developing the mystery and less on the romance.

I would recommend this book to the fans of authors like E. L. James and Sylvia Day. I'm positive that they will enjoy it more than I did.