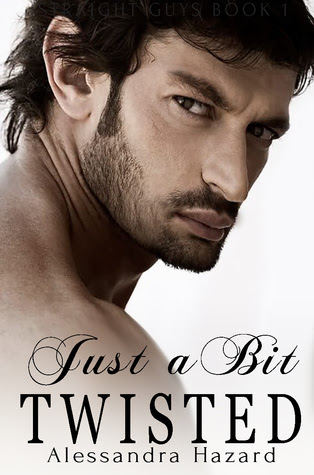 Professor Derek Rutledge is hated and feared by all of his students. Strict, reserved and ruthless, he doesn't tolerate mistakes and has little patience for his students.

Shawn Wyatt is a twenty-year-old struggling to provide for his younger sisters after the death of their parents. On the verge of losing his scholarship, Shawn becomes desperate enough to go to Professor Rutledge.

Everyone says Rutledge doesn't have a heart. Everyone says he's a ruthless bastard. Shawn finds out that everyone is right.

He strikes a deal with Rutledge, but unexpectedly, the deal turns into something so much more.

Something all-consuming and addictive.

Something neither of them wants.

"I've heard an interesting rumor about Rutledge. "
"What rumor?"
Christian glanced around, as though to make sure no one could hear them, before leaning in and murmuring into Shawn's ear, "Tucker say that Professor Rutledge has a weakness for pretty boys."

I know that many readers have a fetish for teacher-student romances *subtly pointing at my friends Glass & Beatrix* :P, but since I'm a teacher I must admit this type of pairing never held much appeal to me. I read a couple of books with similar theme, but I never considered myself as one of the fans of this particular subject, but damn, the 1st book in Alessandra Hazard's series could definitely make me one of those.

I loved both of the MCs, especially the cute, witty and selfless Shawn and his two adorable younger sisters. His parents died in a car accident and since he has no closer relatives the responsibility for his siblings falls on him. With the debts his parents left him, university obligations, scholarship at stake, two small girls and other life necessities that task soon becomes a true burden, but he'll do anything to keep his sister happy and by his side, even if it means to strike a humiliating deal with one of his professors. His sacrifice, devotion and love for his sisters was really heartwarming and admirable and above all I liked how he didn't let Rutledge intimidate him and always gave him a piece of his mind unlike other people who "run for their life".

And then we have the strict, mysterious and closed-off Derek Rutledge or better known as the "Professor Asshole." Professor Rutledge is (in)famous on the university for his strictness and at times cruel, straightforward and merciless behavior. None of the students like him. He is rather one of those boogeyman professors whom everyone fears. Therefore he will be one of those guys you'll love to hate at the beginning of the story, but have in mind that first impressions can be misleading. My feelings for this guy were changing through the story between wanting to kick his ass and jump his bones, preferably both at the same time, but after we start getting glimpses of the man behind the cold-hearted mask the later one prevailed.

"We aren't having sex," Shawn said.
"Of course we aren't," Rutledge agreed. He was naked, too.
Shawn's gaze skimmed over his broad shoulders, densely muscled chest, and taut stomach, before lingering on his hard red cock. He felt his mouth water.
"No, seriously," Shawn tried again but bit his lip when Rutledge wrapped a hand around his erection. God. "We aren't having sex."

The story was a fast-paced, bitter-sweet and steamy (read: dirty) read. It is a combination of GFY/ hate-to-love mm romance and you all are probably already familiar with my weakness for this type of stories. The chemistry between these two was explosive and resulted in a couple of scorching hot sex scenes, but there's also depth to it. Everything started as a deal, but the more the MCs get to know each other, the more feelings get involved. The book's only flaw for me is its shortness. It left me wanting for more. I liked it so much that I grabbed the next book in the series right after I finished it. It is supposed to be a m-f-m romance with Shawn's best friend Christian in the main role- be still my dirty mind.

All in all, recommended to every mm romance fan with teacher-student fetish who like their stories a little bit on the dirty side!;)

"I'm no good at comforting people," Rutledge said irritably.
Shawn turned to him and forced a small smile out: "It's okay. I'm surprised you haven't kicked me out yet."
Rutledge's lips thinned. He had a very sour expression on his face.
"Come here." Shawn had never moved so fast in his life.

Posted by PurpleBook at 6:46 PM