SPOTLIGHT TOUR & GIVEAWAY: A Little On the Wild Side (Wild Thing, #3) by Robin Kaye 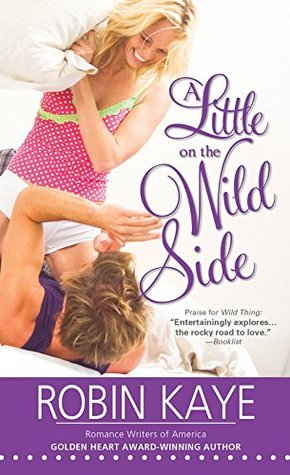 A woman who gets what she wants…

Bianca Ferrari—ex-supermodel turned successful business woman—seems to have it all: beauty, brains and a career she loves. And she did it all by herself…through sheer force of will and ruthless determination. So when her life is suddenly turned upside down, it’s hard for her to admit that going it alone may not be an option…

A man who knows what she needs…

Sexy, rugged and down-to-earth, Trapper Kincaid has a knack for attracting all kinds of women—mostly the wrong kind. When he finds out that the exhaustingly independent and drop-dead gorgeous Bianca is in serious need of help, he knows he’s the man for the job. But Bianca isn’t going to make it easy… 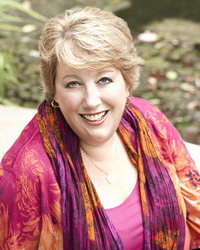 Robin Kaye is a professional writer and winner of the Romance Writers of America Golden Heart award for her first novel, Romeo, Romeo. Her romantic comedies feature sexy, nurturing heroes and feisty, independent heroines. She lives with her husband and three children in Mt. Airy, Maryland.

Trapper sweet--talked his way into Bianca’s office with a bouquet of flowers and chocolate. He liked her receptionist, Terri. He’d talked to her several times when he and Bianca had been seeing each other, and it didn’t sound as if she’d heard he was persona non grata lately. He hoped he wasn’t getting Terri into trouble, but damn, he didn’t know what the hell to do. Bianca’s doorman refused his bribe the night before and wouldn’t let him into the building without announcing him first. This was his only other option.

Terri had been easy. He just dropped his sister--in--law Toni’s name, and she let him wait in Bianca’s office. She even promised not to tip off Bianca and spoil his surprise. Then she told him she wished her boyfriend was half as romantic, gave him a wink, and unlocked Bianca’s office door.

He stepped into her corner office, and the scent of Bianca hit him—-he was hard in a matter of seconds. He digested the differences between her office and her apartment. Her office was cool, modern, sleek, and so unlike her home. He’d been shocked when Bianca invited him to her place, opened the door, and he saw the collection of comfortable antiques—-not like something you’d see in a museum. No, it looked like something you’d see in your grandmother’s house—-a feather--stuffed sofa with an old quilt hanging over the back. Beautiful, yet comfortable pillows were scattered everywhere. Low lighting from torchieres gave the place a romantic glow. Rolled arms to drape a lover over, and sturdy oak tables in the kitchen and dining room, perfect for dinner or sex—-one memorable evening, both—-added to the reasons he’d fallen in love with the place.

Trapper took a seat behind Bianca’s desk and pulled his cowboy hat low over his eyes to cut the glare from the cold, hard--recessed lighting. He put his feet up and settled for a long wait. Terri had told him Bianca had canceled her morning appointments and was expected before noon. He sat back with his e--reader and caught up on law journals, while trying to keep his dick
at half-mast.

At eleven thirty the door swooshed open. Bianca walked in, her black cape floating around her. Her hair was longer than he remembered, and she had big bags under her eyes that no amount of makeup could disguise. She looked beautiful, way too thin, and ill.

She still hadn’t noticed him. She spun around, tossed her briefcase on the leather sofa, and turned her back, tugging off her cape. She might have lost weight, but damn, she still had the finest ass he’d ever seen.

He put a smile on his face—-the one he was told made women swoon. He figured he needed all the help he could get. He had a strong feeling she wouldn’t be happy being ambushed, but what choice did she give him?

He walked around her desk, leaned against it, watched, and waited for her to hang her cape—-a difficult task since the darn thing had no sleeves.

She turned. The first thing he noticed was that her breasts were larger, but maybe they just looked that way since she’d lost quite a bit of weight.

His gaze headed south and made an unplanned stop at her waistline. His smile froze. His jaw clenched. Blood rushed through his ears, making his temples throb. Every muscle in his body tensed.

Bianca—-his Bianca—-was pregnant? Definitely pregnant—-past the point where a man would wonder. Not ready--to--pop pregnant, but just--about--time--for--maternity--clothes pregnant. He wasn’t sure how pregnant that was, but shit, he was sure the baby she carried was his. He knew it the second she spotted him grinning like the fool he was and flashed him a guilty look. That was a nanosecond before what little color she’d had drained from the beautiful face that haunted his every waking moment and his dreams, leaving her looking like a corpse three weeks past her expiration date.

Bianca blinked, and her wide, green eyes rolled back in her head.

Oh shit. He raced for her.

Her long legs buckled, and he caught her just before she hit the floor.

His heart didn’t beat again until he felt her shallow breaths against his neck. He carried her to the couch and laid her down, brushing the baby--fine hair off her face. He sat beside her, waiting for her to wake up.

Trapper had heard pregnant women sometimes fainted, but he didn’t think they passed out for this long. It seemed like an eternity. He checked his watch. It had been less than a minute. He took a deep breath, felt her pulse strong and steady on her neck, and tried to keep the anger, terror, and helplessness out of his voice. “Come on, sweetheart. Time to wake up.”

Panic scratched at his insides like a feral cat trying to escape a trap.

Her lips were pale. The blue veins stood out in her forehead.

He ran to the door and slammed it open. “I need some help here!”

In three strides, he returned to Bianca’s side, took her cold hand, warming it between his. “Bianca, sweetheart, please, just open your eyes.”

Terri ran in. She took one look at Bianca and stepped back.

“I’ll get James.” She ran from the room, screaming James’s name.

It seemed like forever until James ran in. “What happened?”

“I was waiting for Bianca when she arrived. She took one look at me and took a nosedive. I caught her just before she hit the floor.”

The poor girl burst into tears and grabbed Bianca’s phone.

Trapper placed Bianca’s hand on her belly, on top of the other resting there protectively. He stared in wonder. They were having a baby. He was going to be a father. He expected the fierce protectiveness, but he hadn’t expected the fear or the joy or the awesome weight of responsibility that settled on his chest. But most of all, he hadn’t expected the exhilarating feeling of knowing that together they had created a child. A child he loved. A child he would give his life for. A child who needed him.

His gaze rounded on James. He wanted to pick the man up and toss him out of the floor to ceiling window for allowing Bianca to get in this bad a shape. “What the hell happened to her?” His voice was low, threatening, and a hell of a lot calmer than he felt.

Terri’s eyes went wide, and she skittered away.

James stood his ground like a man preparing for a shootout. He arched a scholarly brow. “Nothing that won’t be remedied in five months. Where the hell have you been? Since I’ve handled the first four months, you get her for the finale. The woman is a full--time job. I recommend you clear your schedule.” He handed Trapper a copy of What to Expect When You’re Expecting. “Here, you might want to read this. So far, Bianca’s only looked at the pictures.”