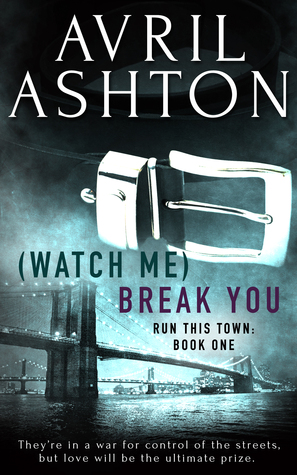 Men. Women. Drugs. Dima Zhirkov’s favorite things. Add in the element of danger and he should be right as rain. But not today. It’s not working, hasn’t for a long time. He’s grasping at the flimsiest of straws to prove he’s indeed strong enough to run his streets. Until he sets eyes on him. In the midst of a room full of strangers, Dima is drawn to a man as cold and dangerous as he’s beautiful. Captivated, Dima embarks on a ruthless campaign to get his new toy into bed.

Xavier “X” Storm is content to pull the strings while someone else handles the day to day dealings of his gang, The Rude Boys. He’s after what Dima holds closest—the Coney Island streets. He contracts out the job of killing the Russian, except Dima isn’t that easy to kill. When he suddenly shows up in X’s path, tempting him to indulge in the dirtiest play, he finds Dima isn’t all that easy to shake, either. His cocky attitude and rough submission tempts X to go where he’d vowed to never return, and they plunge head first into an affair fueled by possessive obsession.

Sex and pain Dima can handle, and X delivers the most depraved kind. Their connection is explosive, their games addictive, but Dima can end it whenever he wishes. He doesn’t see that X is breaking him down, giving Dima everything he wants and even more than he ever thought to need. By the time he realizes who X is and what he wants, Dima is raw and bullet riddled. It’s run or fight. And Dima doesn’t back down. Neither does X.

"Watch me," his toy whispered. Sadistic. Eyes so black Dima didn't see the whites. He looped the rope around Dima's neck. Tightened it. "Let's play then, Rush." He pulled the rope. "And watch me." Dima did.
"Watch me break you."

Being sick during Christmas holidays sucked, especially with all that delicious food around me (even though my thighs are thankful- traitors!), but at least I had my books to comfort me and since I was "a little" moody, my book choice was also from the darker side. Yup, definitely not the most appropriate book to read during holidays and I totally blame my weakened state of my mind by lack of sugar or Christmas food in general :P. Yeah, right.

“Blood and violence gets me hard,” Dima murmured with a smile.”

Nowadays, the most important thing for me when it comes to this type of relationship is that the romance is slow-building, that the relationship is based on deep connection and not just sex and that the MCs are equals in their relationship or to be more exact- I don't like it when the guy who is Dom in the bedroom is also Dom out of it and the other way around, because I prefer both of my main characters to have strong personality and not just go with the flow.

That's why I liked Dima's & Xavier's relationship in general. Both of them were strong, straight to the point characters who weren't defined by their roles in the bedroom. The chemistry between was scorching hot from the moment they set their eyes on each other and I liked their intensity even though some of the HBDSM stuff they "practiced" made me cringe.

~ This is definitely a book for you if you are:

All in all, aside some minor issues I liked it enough and I will definitely be reading the next one- (Watch Me) Body You (Run This Town, #2) which features the secondary characters Israel & Reggie as MCs. It's supposed to be bffs-to-lovers/GFY romances, one of my biggest guilty pleasures when it comes to the mm genre. The resistance is futile!

“He’d fallen in love with Quinn slowly, quietly. With Dima, it was like a baseball bat upside the head, these feelings. They completely swamped him, made him want different things, made him want to be different.”

Posted by PurpleBook at 4:19 PM