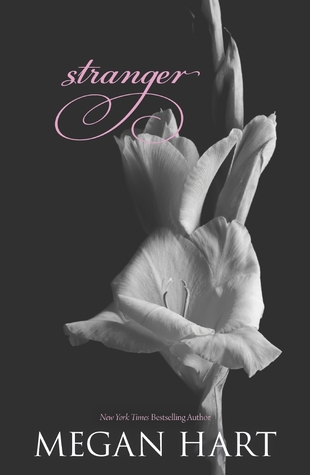 I pay strangers to sleep with me.
I have my reasons...
but they're not the ones you'd expect.

For starters, I'm a funeral director taking over my dad's business. Not exactly the kind of person you'd expect to fork over cash for the intimacy and urgency only skin-to-skin contact can create. Looking at me, you wouldn't have a clue I carry this little secret so close it creases up like the folds of a fan. Tight. Personal. Ready to unravel in the heat of the moment.

Unsurprisingly, my line of work brings me face-to-face with loss. So I decided long ago that paying for sex would be one of the best (and most arousing) ways to save myself from the one thing that would eventually cut far too deep.

But Sam was a mistake. Literally. I signed on to "pick up" a stranger at a bar, but took Sam home instead. And now that I've felt his heat, his sweat and everything else, can I really go back to impersonal?

Let's just hope he never finds out about my other life...

There are times when after only one book you know you have found yourself a favorite author. That is how I felt about Megan Hart after reading Broken, and so far I haven't been proven wrong.


I'd never really gone deep into why I love her books; I just knew they were awesome. And quite frankly, Hart's books usually get me so emotionally involved that I have no time or the wish to think about anything else. Well, Stranger was a bit different. Regardless of the heroine's profession, I found it to be a little lighter than the other MH books I've read, and I managed to pinpoint what it was that I love so much about her book (other than they're awesome).


All of the books were in the erotic romance category, but they weren't focused solely on that part. I'm kind of used to that type of books to be almost completely about the romance, but in Megan Hart's books, I get more than that. Yes, we meet the heroines at a point in their life when they meet their significant other--or just a significant one--but we also learn about every important aspect of their lives; the people that matter to them, and the people from their pasts that made an impact on their lives. Really, they're more books about women's lives, with romance included. And this is why I love reading them.


Here we got to meet Grace Frawley, a funeral director who prefers to pay men to sleep with her than to have a relationship. Oh, yes, Grace led an interesting life. Secret life.


I know I've said that this was a bit lighter than what I'm used to from MH, but those parts that were about Grace's job were rather depressing, no matter how much she told herself it was just work. Dealing with people who have lost their loved ones can't be that easy; neither can handling the dead. There were different cases, even odd ones, and one that made me cry just when I thought this would turn out to be a book by Megan Hart that didn't make me shed a tear.


While I'm on the topic of her business, it was actually a business she took over from her father. It was a fine example how some people meddle where they're not supposed to. Sometimes I thought Grace had more work cut out for her convincing her father the funeral home was doing okay than she had at her actual work. Parents...


The reason I found Stranger lighter, almost fun to read were the parts regarding Grace's secret. The reason she started paying men to be with her made me feel bad for her, but I really liked Jack, the man she started to regularly hire. If you have read Dirty, you've already met Jack. Dan and Elle actually were the ones that got him to consider this line of work. Speaking of past characters, you might remember Sarah or Sassy from Broken; she starred in one of Joe's stories. She was here, too. With Jack. I really like how the author makes these characters reappear. Anyway, Jack was sweet, and his and Grace's dates were fun.


Now to the romantic interest: Sam Stewart. You may have already guessed he's related to Dan, and you'd be right: they're brothers. They actually required Grace's services (so we got to see more of Dan and Elle, too). But before they met there, Grace and Sam had spent the night together. He was a mistake. One that came back.


Sam was a musician, so he kind of had me on his side from the start; I have a soft spot for artistic types. But Grace, who renounced relationships, was not so easy. Their romance was a very slow burn, but I loved it. I'll always remember Grace saying his name. Usually it was: Oh, Sam. Now get your out of the gutter; it wasn't like that; this was actually sweet. And, of course, this wouldn't be a Megan Hart book, if those two hadn't given me some heartache. In fact, at one point they made my heart stop, but in the end this is a romance, so it all worked out. As much as it can work out in a MH novel. No matter how they end, I always fear what happened after the book ended, but Grace & Sam--I think they'll make it work. Fingers crossed.


There were some other people involved in the plot, their stories interwoven like only Megan can do, and is best to experience firsthand. All I can do is say that I love the stories she writes and the way she writes them. The end.