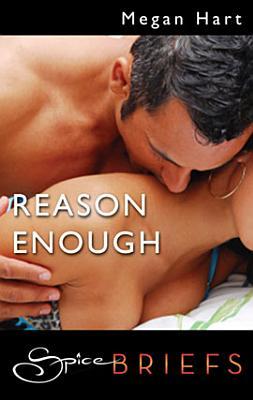 Elle and Dan haven't quite achieved their goal of having sex in every room of their new house--but "almost!" Marriage hasn't dampened their hunger for one another in the least, and their relationship is as hot and passionate as ever. But when Dan brings up the subject of having a baby together, Elle finds herself conflicted. Between her dysfunctional family background and her fear of how a baby might change their life together, Elle's not sure she's ready for the big step. Dan doesn't bring the subject up again, but the issue takes hold in Elle's mind. And as their frequent lovemaking sizzles with unquenchable desire, Elle's heart is filled to the brim with love and the longing to give Dan "everything."


He thought he was lucky. I was the lucky one, though. Lucky I’d found him, and that he loved me.
Luckier I loved him back.


Dirty was one of the first books by Megan Hart I read, and it remains as one of my favorites. Elle and Dan's story pulled at my heartstrings like few did. Despite the ending Dirty had, even despite seeing them in Broken, I was left wondering if they really did find their happily ever after. After everything that happened with them in Dirty, how could I not? This is why I love the fact that Megan makes these "old" characters reappear in newer books. That way I got to see Elle and Dan not only in Broken, but Stranger and Naked, too. Timelinewise Reason Enough would come between Broken and Stranger.

The cameos of Elle and Dan were nice, but having them as main stars again is much better. Given that Reason Enough is a part of Spice Briefs, you can guess it's pretty spicy, and I can tell you you guessed right. For so few pages, there are quite a few hot scenes. What else could you expect from Dan and Elle, really? But even with the page shortage, and abundance of nakedness, this still managed to pull those heartstrings.

Elle was deciding about having a baby, and given the history of her family, and so many issues she had that was not an easy decision. Her mother issues were at the front. Of course. Oh, that woman just rubs me the wrong way. Always has, always will, but it was good seeing some improvement.

Best of all was reading about a happier Elle. Finally.

And I can't believe it, but even a story this short made me cry. I don't know why I'm surprised--this is Megan Hart we're talking about. Still, I thought her Spice Briefs story would spare my tear ducts. Silly me. But I forgive her.

All in all, a great follow-up on Dan and Elle, and a must-read for anyone who read and liked Dirty.