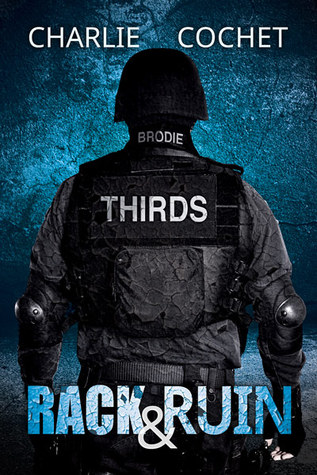 New York City’s streets are more dangerous than ever with the leaderless Order of Adrasteia and the Ikelos Coalition, a newly immerged Therian group, at war. Innocent civilians are caught in the crossfire and although the THIRDS round up more and more members of the Order in the hopes of keeping the volatile group from reorganizing, the members of the Coalition continue to escape and wreak havoc in the name of vigilante justice.

Worse yet, someone inside the THIRDS has been feeding the Coalition information. It’s up to Destructive Delta to draw out the mole and put an end to the war before anyone else gets hurt. But to get the job done, the team will have to work through the aftereffects of the Therian Youth Center bombing. A skirmish with Coalition members leads Agent Dexter J. Daley to a shocking discovery and suddenly it becomes clear that the random violence isn’t so random. There’s more going on than Dex and Sloane originally believed, and their fiery partnership is put to the test. As the case takes an explosive turn, Dex and Sloane are in danger of losing more than their relationship.

~ Follow the awesome Rack & Ruin Blog Tour and participate in the amazing give-away! I know I will <3

Posted by PurpleBook at 2:16 PM