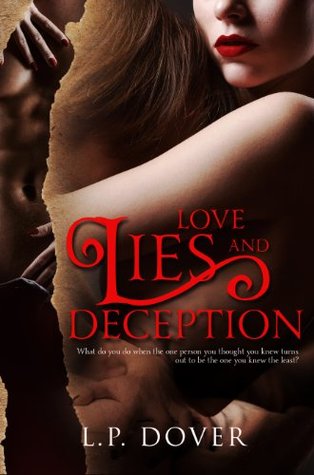 What do you do when the one person you thought you knew turns out to be the one you knew the least?

Twenty-three year old Marissa Chase, and soon to be college graduate, has everything going for her: wonderful friends, a lucrative degree, and a chance to explore the world. What made it even better – or so she thought – was when her path crossed with the alluring Alec Holden. Unable to stay away from him, Marissa experiences a love like no other, and falls into his world of passion and intrigue. However, things begin to shift when this path takes a deadly turn.

Her trust is put to the test when hidden dangers unfold before her, revealing secrets that have been buried for years. Secrets that were meant to stay hidden. Murder, lies, and betrayal … will Marissa figure it all out in time and escape with her life intact, or will she be too late and fall into the trap of deception?

I tried, I really did, but reading this book was a true struggle from page 1. I sensed after a few first chapters that this story won't be something I'll enjoy and unfortunately, in the end, my predictions came true.

Reasons for my rating:

This is a contemporary romance mixed with some mystery/crime and I think the idea of the plot had potential, but it was poorly developed. The story seemed monotonous, especially the romance part. It was rushed and lacked sparks and there were too many repetitive sex scenes which didn't leave enough place for the anticlimactic mystery which developed and concluded too quickly in my opinion. The writing was also too plain for my liking. It didn't evoke any emotions in me and I would say it is need of a good editor.

The characters had too may immature, naive and annoying outbreaks and I just couldn't connect or care for them at all.

Oh, the curse and the melodrama of the (in)famous love triangles! I usually avoid stories with love triangles, mostly because I can't handle (read: stand) the melodrama they result in, but I may occasionally cave in if the book is written by one of my favorite authors or if I'm really intrigued by the synopsis.

The love triangle of this story is yet again something that was in my opinion poorly done. I felt that Marissa's relationships with both male characters lacked sparks and true connection. One was based on sex and the other one on friendship and for me both felt forced. The girl claims that she is in love with one guy and the next day she is sleeping with the other one. Yes- it must be true love! *eye-roll* And I don't think that any guy, at least any REAL man would forgive so easily or at all the things she's done while in a relationship. I would have dumped her long time ago!

I meant to rate it with 2 stars, but the rushed, poorly developed and incredulous ending decided it for me. That's all I'm going to say.

All in all, in spite of my effort, this book just wasn't for me. I think that it's more suitable for readers beginners or in general readers who don't read as much as I do. Considering all the books I read so far I don't mean to be offensive, but I don't feel it deserves more stars. Read it and decide for yourself!

Posted by PurpleBook at 2:20 PM