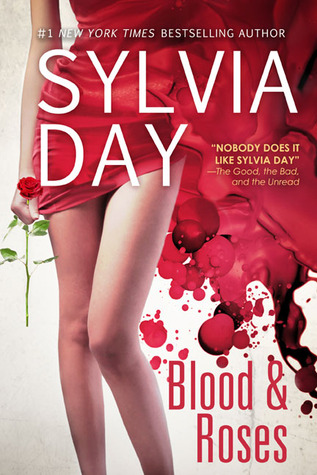 
When insurance investigator Anastasia Miller sets out to retrieve the rose-hued pink diamonds stolen in a recent heist, she finds herself working alongside former flame, deputy U.S. Marshal Jake Monroe—the man she loved enough to leave behind.

Blood and Roses is supposedly book three in this series, but it really is a standalone. All of these stories are, actually. And while the characters from the first two appear in both of them, everything in Blood and Roses is completely new. Well, there is one familiar character being mentioned several times: Gideon Cross, you might remember him. ;) He never made an actual appearance, unfortunately, but did play a part in the plot off the pages. A valuable crown was stolen, and a guard shot in the robbery of a jewelry store that's Cross Industries property, and Anastasia Miller was called to investigate. So it happened what she found made her believe her family was involved, which brought her back to her hometown, and to her first and only love, Jake Monroe.

I'm all for second chances, and I've said in my review of Taking the Heat how much I love that type of romance novels, but with Anastasia and Jake it's ten years that they were pining after each other, when, of course, they could have made it work. It's too much even for me. I suppose they were lucky that heist happened even if it did put their families in danger.

I don't have much more to say about this story. It's super short, so everything happened super quickly: Ana & Jake falling into each other's arms, getting their family members out of life threatening situation, finding the diamonds... all of it, really. But since I was looking for something like this: short, hot, that doesn't cause anxiety, or tears, I was mostly fine with it. By now I pretty much know what I'll find in any story penned by Sylvia Day, and sometimes that's a good thing, I guess...