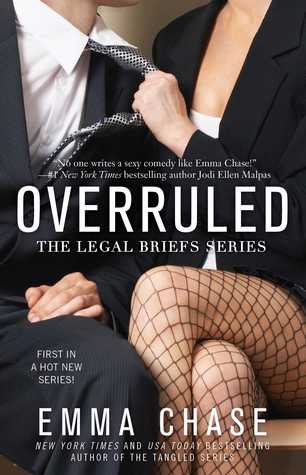 As a DC defense attorney, Stanton Shaw keeps his head cool, his questions sharp, and his arguments irrefutable. They don’t call him the Jury Charmer for nothing – with his southern drawl, disarming smile and captivating green eyes – he’s a hard man to say no to. Men want to be him and women want to be thoroughly cross examined by him.

Stanton’s a man with a plan. And for a while, life was going according to that plan.

Until the day he receives an invitation to the wedding of his high school sweetheart and mother of his beloved ten-year old daughter. Jenny is getting married — to someone who isn’t him.

That's definitely not part of the plan.

Sofia Santos is a city raised, no-nonsense litigator who plans to become the most revered criminal defense attorney in the country. She doesn’t have time for relationships or distractions.

But when Stanton, her "friend with mind-blowing benefits" begs for help, she finds herself out of her element, out of her depth, and obviously out of her mind. Because she agrees to go with him – to The-Middle-Of-Nowhere, Mississippi – to do all she can to help Stanton win back the woman he loves.

Her head tells her she's crazy...and her heart says something else entirely.

What happens when you mix a one stop-light town, two professional arguers, a homecoming queen, four big brothers, some Jimmy Dean sausage and a gun-toting Nana?

The Bourbon flows, passions rise and even the best laid plans get overruled by the desires of the heart.

I cover my face with my arm. Tonight did not go as planned. That's been happening a lot lately.
But I realized something crucial. Absolutely life changing.
I am a man in love. Just not a man in love with Jenny Monroe.
My first thought after this realization is: fuck me.
The second is: Drew Evans is going to laugh his ass off.


Drew Evans really is going to laugh his ass off. Stanton, you blind bastard, you deserve it!


But before Stanton finally came to the obvious conclusion, the blind bastard, as I affectionately call him, had a long way to go. Long, long way... That way, besides being long, was also fun and infuriating at the same time. Oftentimes I wasn't sure whether to laugh at Stanton or to punch him in the face. As I said, he had long way to go to get to the eye-opening experience... Okay, fine, it was only a matter of days.


After the New York investment bankers, Emma Chase brings us to Washington DC to meet an interesting group of defense attorneys. In Overruled the focus is on two of those attorneys: Stanton & Sofia. They are the stars of this book; both very successful defense attorneys, both smart and hot, and for the past six months they'd been friends with extremely hot benefits, an arrangement that suits them both just fine. But, of course, that's about to change. All thanks to a wedding...


As the blurb says, Stanton is a man with a plan. It's a plan he and his high school sweetheart Jenny made when they found out they were having a baby, and that plan was that he would go to college, get a job, be successful and whatnot, and somewhere down the road when he and Jenny were ready, and their daughter was ready to move away, they'd get married and start living together as a family. Another part of that plan was that their relationship was an open one: they could both see whoever they wanted when they were apart, but when they were together, it would be just the two of them. Now, this would be a perfect example of how different it was to read Overruled than it was all the Tangled books. With Tangled I just had a lot of fun reading about those characters, because the author wrote in a way I found highly entertaining. Of course, it goes without saying, I had fun with Overruled too, but it had many instances like that plan that made me think a lot about why the main characters were doing what they were doing. Now that I've read the book--twice, actually--I believe I have my answers. Anyone else who reads it may/probably will get to different conclusions, but I'm happy with mine.


Now, where was I? Right, the plan! Well, Stanton's plan was ruined when an invitation for Jenny and another man's wedding arrived. I just said I got my answers for the characters' behavior, but why Jenny didn't inform Stanton before remains a mystery to me, other than it was to make an interesting story to tell. No matter, the invitation came, rattled our Stanton enough to hop in his car and drive back to his hometown Sunshine, Mississippi to stop that wedding. With Sofia! Yes, that Sofia, the friends-with-incredible-benefits Sofia. His actual reason for bringing her along should have tipped him off who his heart truly belonged to, as were all the other times he got crazy with jealousy over Sofia, not Jenny, but Stanton was a blind bastard and that eye-opening kiss was still a way to go.


I'd rather not say too much about what happens in Sunshine; Sofia and Stanton's adventures there were a fun read. I particularly liked the parts with Nana, a sharp-tongued old lady with shotgun (luckily for Stanton, not loaded), and Stanton's daughter was a cool kid. All the fun adventures were a bit clouded by Stanton's misguided attempts to win Jenny back for which I wanted to punch him, on behalf of Sofia, Jenny, and myself. A stubborn man, Stanton is. It wasn't easy getting him to realize that a lot had changed during those eleven years, that really everything changed, including him. When he got it, well, it was worth waiting for.

Overruled was written in dual POV, so we have both Stanton's and Sofia's perspective. But, to everyone who's a fan of this author's male POV, I can say that Stanton's chapters significantly outnumber Sofia's. She wasn't the one trying to get her ex to call off his wedding, after all. No, she was there because she is Stanton's good friend, and because she apparently can't deny him anything. There may not have been many Sofia chapters, but what was there made me really like her, and therefore made me feel bad for her because while she was realizing she was in love with Stanton, he was on his stupid quest. He got over it, thankfully.

I've noticed there's some apprehension over whether there's cheating in the book. As far as I'm concerned, there isn't. In the time Sofia and Stanton were involved, they weren't with anyone else, and Stanton and Jenny had their own deal, and while he was busy with Sofia, she got engaged, you know...


The important thing is Nana didn't shoot anyone, and happy-ever-afters were in the air for all parties involved.


And so Sofia & Stanton's part in this series ended. They got their new beginning, new chance to be in a real committed relationship. Next up are the two other defense attorneys we got to meet here. I must say, from what I read about them, I'm pretty sure I'm going to like their stories. I'm even willing to bet I'll enjoy them more than this one. While I'm looking forward to see who Brent, the attorney who thanks to his boyish features gets regularly hit on by high school girls, ends up with, I'm glad the next book is about the all too serious Jake. I can't wait to see who will get under his skin!


***ARC provided by the publisher in exchange for an honest review.***