The Queen of Dirty Talking is back! Whether this is your first experience with Tessa Bailey’s dirty talking heroes or you’ve been following her all along, you don’t want to miss out on meeting Brent and Hayden. Their banter is witty, filled with sexual tension, and the sex itself is “fan-your-face” hot, according to an early review from USA Today Happily Ever After.

Here’s a dirty talking snippet just for you guys:

He leaned forward and spoke right against her ear. “Come for me right now and I’ll let you ride me as hard as you want later. I know what gets you off. I saw it in your eyes last night. You want to throw me down and fuck me, duchess? Good. I’m in the mood to let you.”


Now you see why she’s been dubbed the Queen of Dirty Talking!

About Asking for Trouble 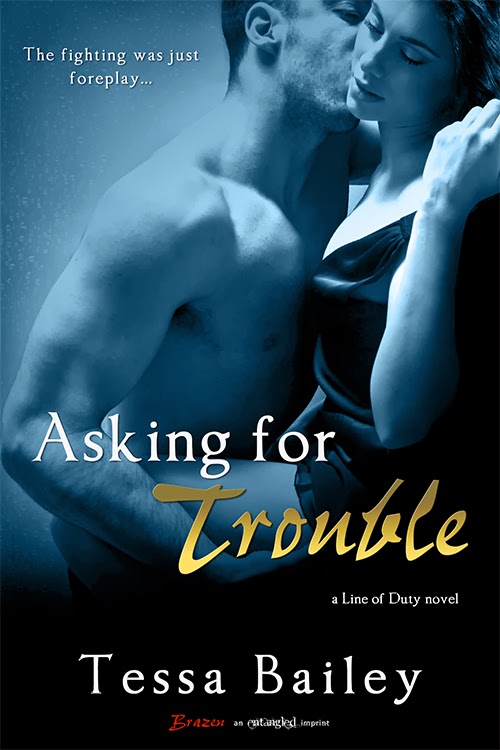 Brent Mason and Hayden Winstead can't stand each other. She plans exclusive parties for her rich family’s charities. He’s a rough and tumble cop who rigs explosives for a living. Could two people be any less suited for conversation? They think not and prefer to keep it that way.

Unfortunately, their two best friends are deeply, disgustingly in love. Forced together, the mutual attraction simmering beneath the surface of Brent and Hayden’s non-relationship grows with every argument until it explodes into a scintillating night of mind-blowing sex. And it won’t be the last, as far as Brent’s concerned.

Hayden has a secret, though. Her father’s company is relying on a merger to save them from financial ruin, and only Hayden’s marriage to the CEO’s wealthy son can secure the deal. If she’s to protect her family, she’ll have to forget Brent. And he has no intention of being forgotten.

In celebration of her new release, Tessa Bailey’s first book Protecting What’s His is on sale for only ¢99 for two full weeks! (11/24 - 12/7) Just in time to gift it to everyone who appreciates a dirty talker.


About Protecting What’s His 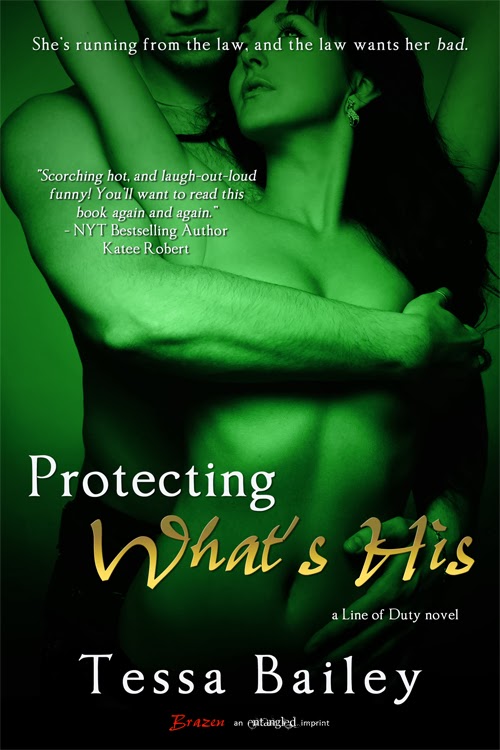 She’s running from the law, and the law wants her bad.

The opportunity was just too damn delicious for Ginger Peet to pass up. The purse full of money she finds—$50,000 to be exact—could give her and her teen sister the new start they need. So she grabs the cash, her gothy sibling, and their life-sized statue of Dolly Parton, and blows outta Nashville in a cloud of dust. Chicago, here we come...

Turns out, Chicago has some pretty hot cops. Hot, intense, naughty-lookin’ cops like Derek Tyler, who looks like he could eat a girl up and leave her begging for more. And more. Tempting as he is, getting involved with the sexy homicide lieutenant next door poses a teensy problem for a gal who’s on the lam. But one thing is certain—Derek’s onto her, and he wants more than just a taste.

And as far as he’s concerned, possession is nine-tenths of the law.