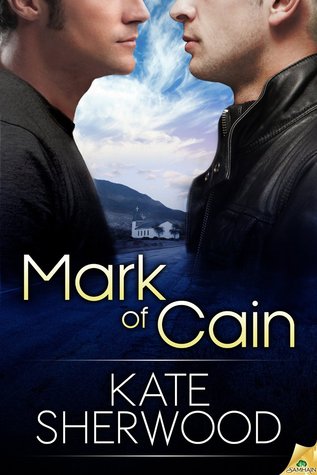 When a man is consumed by hatred, is there anything left to love?

After a tough day of counseling sessions, Anglican priest Mark Webber is looking forward to a relaxing dinner at a local restaurant. When he sees who’s bellied up to the bar, though, he reaches for his cell phone to call the police.

It’s Lucas Cain, the man who killed Mark’s brother three years ago. Apparently he’s out of jail and hanging out with his old crowd, which has to be a breach of parole, right?

Pulled over upon leaving the bar, Lucas blows a clean breathalyzer and hopes this isn’t a harbinger of things to come. He’s ready to build a sober, peaceful life. His friends aren’t ready to let him move on, though, and he ends up taking refuge in an Anglican half-way house.

Thrown together, Mark and Lucas find common ground in the struggle to help a young gay man come to terms with his sexuality—and the fight against homophobic townsfolk. As attraction grows, the past is the last stumbling block between them and a future filled with hope.

Don't be misled by the synopsis, because this is not your typical mm contemporary romance about Anglican priest falling for ex prisoner. This story is so much more than that. Above all it's about acting reckless and immature and unintentionally making that one mistake and then dealing with the consequences til' the rest of your life. It's about forgiveness, sacrifice, faith and discrimination. It's about the bonds of family and friendship, and yes it's about love, an unlikely type of love which catches off guard both of the MCs when they are at the very bottom.

"It had felt like Lucas was being swept along in a powerful river and he'd reached out to grab hold of Mark, standing safely on the bank. But Lucas hadn't wanted to be rescued, he'd wanted to pull Mark into the current with him."

No one would have ever thought that people like Mark and Lucas could ever fall in love considering their background. An Anglican priest to fall in love with his worse nightmare and the person he hates the most? Impossible, right? I was really intrigued and to be honest skeptic after I read the synopsis about how the author is going to pull this through and I ended up pleasantly surprised. The author did a great job in my opinion in introducing and making acceptable a type of relationship upon which most of the people would frowned upon in real life.

The romance was excruciating slow-building and I think it was the smart and right way to approach to this sensitive subject. The story introduces us to the MCs at first separately and later on intertwines their life paths yet again. Once you get to know the characters it's impossible not to sympathize with the things they've been through and the things they are still going through. The story had me on the brink of tears at times, especially when it comes to Lucas, the ex prisoner whose life it seems ended even before it began and I don't think that anyone will stay indifferent to his story.

Religion and faith also present an important part of this book, mainly with the views of Anglican church regarding homosexuality, but many of the points explored here can apply to any type of religion (btw. for those who aren't familiar with anglicism- Anglican church approves homosexuality and Anglican priests can get married and have either heterosexual or homosexual relationships.) I'm a fairly religious person, but not exactly a fan when authors focus too much on church and its views in my books. It didn't bothered me here, because I felt that the author made some interesting and intelligent points important for the progress and understanding of the story and its characters.

"Anglicanism, in its structures, theology and forms of worship, is commonly understood as a distinct Christian tradition representing a middle ground between what are perceived to be the extremes of the claims of 16th-century Roman Catholicism and the Lutheran and Reformed varieties of Protestantism of that era. As such, it is often referred to as being a via media (or "middle way") between these traditions." (Wikipedia)

My favorite secondary character was definitely the witty, charming and simply adorable 16 years old boy Alex who brought a fair dose of humor to the story and who was also at times the only voice of reason despite his age and lack of experience when the grown-ups started acting immature. I would love to read a book with him as the MC.

"And you were spraying me on purpose? I just thought you had the world's worst aim with a hose?"
"Ah, Luke," Alex said loftily. "You are so innocent."

You can forgive, but can you really forget and move on ? Buy the book and find out. This was my first book by K. Sherwood, but definitely not the last. Highly recommended!

Purple
Posted by Anonymous at 8:55 PM