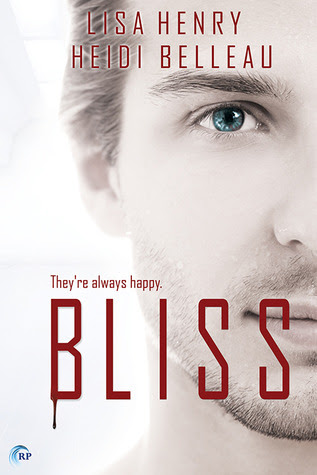 Rory James has worked hard all his life to become a citizen of the idyllic city-state of Beulah. Like every other kid born in the neighboring country of Tophet, he’s heard the stories: No crime or pollution. A house and food for everyone. It’s perfect, and Rory is finally getting a piece of it.

So is Tate Patterson. He’s from Tophet, too, but he’s not a legal immigrant; he snuck in as a thief. A city without crime seems like an easy score, until he crashes into Rory during a getaway and is arrested for assaulting a citizen. Instead of jail, Tate is enrolled in Beulah’s Rehabilitation through Restitution program. By living with and serving his victim for seven years, Tate will learn the human face of his crimes.

If it seems too good to be true, that’s because it is. Tate is fitted with a behavior-modifying chip that leaves him unable to disobey orders—any orders, no matter how dehumanizing. Worse, the chip prevents him from telling Rory, the one man in all of Beulah who might care about him, the truth: in a country without prisons, Tate is locked inside his own mind.

"They are always happy."

Psst, psst, where can I get me some of those chips, huh??? Kidding ;).
This was again one of those reads I picked because of the pretty & "innocent" cover and because it is a mm read and I was in need of one of those after a couple of truly disappointing m/f reads in a row. So, imagine my surprise when I started reading and discovered that the story is faaar from innocent.

As one of my friends pointed out :)- I should have been more focused on that part from the blurb which clearly states "any orders, no matter how dehumanizing", to get some idea what the story will be like, but she should know by now that my brain usually doesn't think so deep when it comes to books, lol. Sad, but true. Either way, even if I had some idea about the plot of the story it probably wouldn't have stopped me from reading it, because it's well known that I do enjoy a good dark read, and this turned out to be pretty good & pretty dark too.

Imagine a world where criminals don't get sentenced to prison or other regular punishments, but they get a behavior-modifying chip installed in their neck and become servants to the people they offended. The chip makes them obey any type of order and their sole goal is to serve and please their "masters". Only then can they be truly happy and the side-effect  in case they fail to do that is that they endure severe pain. That type of society is the society of Beulah where the MCs Rory & Tate meet for the first time.

Beulah  seems as an idyllic place for them both to start their life, better from the one they had before, but...What if that type of chip ever came to the wrong hands? Considering the corruption of laws and its society, is it really possible to create a perfect society with no criminal?  Lies, secrets, corruption, a big fraud. Nothing and no one is as it seems, but they are always happy, or are they really? Think something in style of that creepy movie Stepford Wives (2004), that type of behavior, only much, much worse. That's all I'm going to say.

I was hooked from the very beginning, but you should have in mind that this book is not for everyone, only for my fellow fans of dark reads who like mm romance too. I liked the story and its characters very much. It was refreshing and unpredictable. The only thing I would preferred is as far as the romance is concerned that we saw Rory &  Tate spending more quality time together and the ending also left me wanting for more. Another big plus, at least for me was that it is a GFY type of mm romance.

This is my first read by these two authors, but it won't be the last. Good job!

"Is it really this easy to be happy?"

Posted by PurpleBook at 5:27 PM