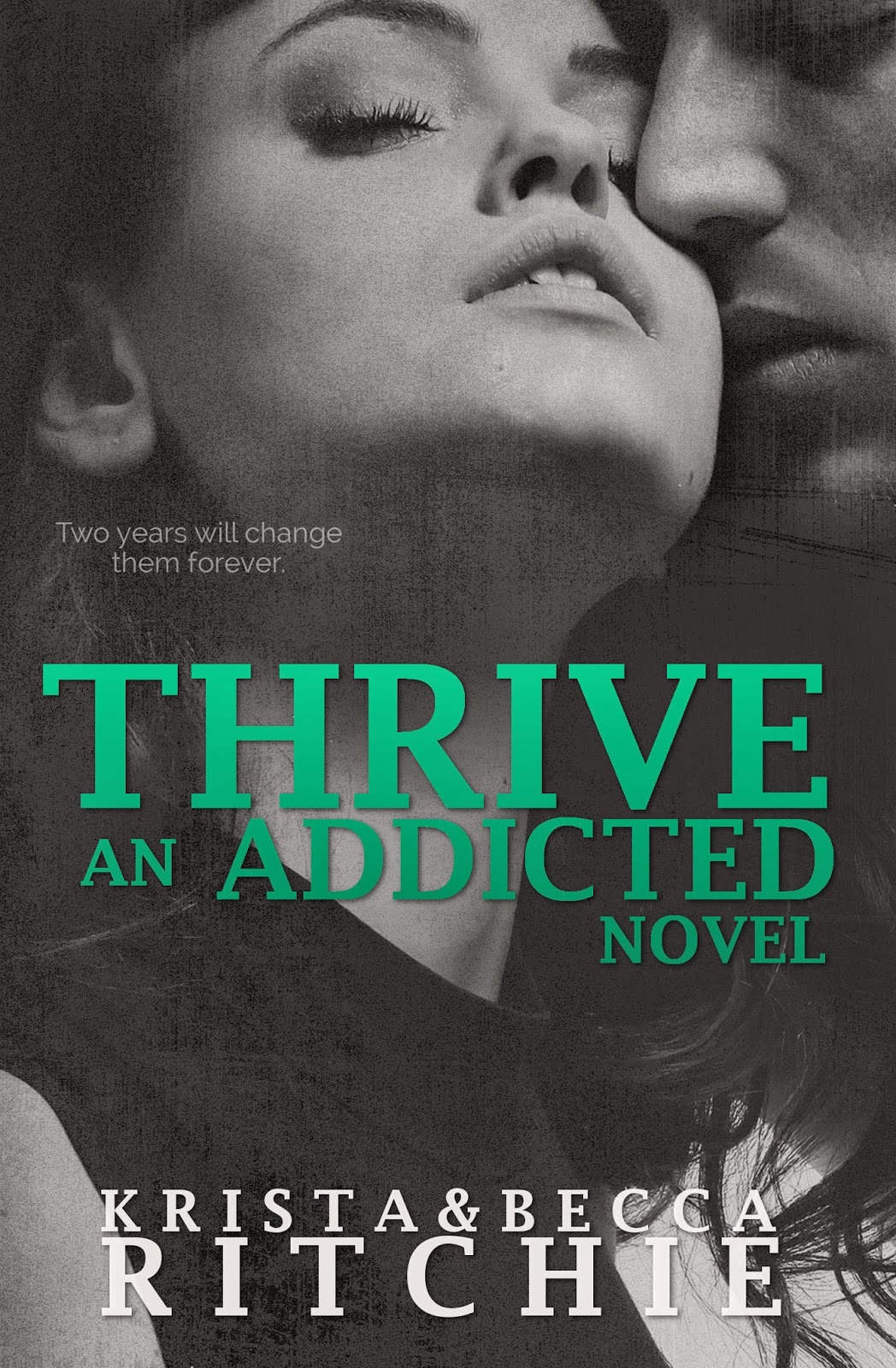 *Add the book on Goodreads*


Two years will change them forever.

When rumors spread like wildfire—like having three-ways with her boyfriend’s rock climbing brother—Lily Calloway spirals into a dark place. Her bedroom. Loren Hale is more confident and determined to keep their sex life private, even from their friends, and he helps Lily in the only way he knows how. But how much love is too much?

Their lives are filmed, watched, and criticized. And through it all, Lily and Loren have to face enemies they never thought they’d see, demons they don’t know if they should bury, and setbacks they didn’t think they’d meet. Not this soon.

And one rumor could be too much for them to handle. It will test their greatest limitations, and if they don’t hold onto each other, someone is going to drown.

A full-length New Adult Romance that bridges the gap between the second and third books. Thrive must be read before Addicted After All if you have not read the Calloway Sisters spin-off series.

I've just finished THRIVE and I want more! I’m like an addict, craving these characters; I have grown to love this series so much! *happy sigh*

Usually when you’re reading a book, you identify with MCs – here I couldn’t, because I felt like I knew Lily and Lo. All of them, I feel like they’re this cool bunch of people that I know. And that is thanks to awesome characterization skills of Krista & Becca Ritchie.

The heart and soul of this series are the characters! Six amazing characters that are so well developed I feel like they’re real people. Seriously, I could now imagine Ryke’s reaction to something Daisy would say, or Connor knowingly smiling while Rose is screaming at him… Ah, good times. Addicted series is full of complex relationships (no love triangles – have no fear), and here we see more layers unveiled and new personal developments.

I particularly loved Connor/Loren bromance. Then Lily-Lo-Ryke dynamics, they are hilarious, Ryke is hanging out with them, but half the time has no idea what the two of them are talking about and internally he’s thinking: They’re so weird. No actually, Ryke would think – They’re so fucking weird. However, the relationship which stands out the most is the one between brothers – Lo and Ryke. There is so much bad blood there, angst and grudges still held. Lo is strongly against Ryke&Daisy as a couple, but he’s actually projecting his own fears of abandonment onto their relationship. Lo is such a complex character, he hurts people on purpose before they can hurt him, he pushes them to see whether they’ll leave. And he constantly pushes Ryke; it was fascinating to read how their relationship was progressing. That’s yet another reason to love this book(s), it’s not all sweet romance and sexy times, we get a portrayal of sibling love, and ill-feelings as well.

Addicted series is like your favorite TV show, with all the romances, friendships and family drama. What started like a story about a sex addict and an alcoholic, has grown to be so much more. We have secretive friends-to-lovers (#LiLo), then overly ambitious love/hate duo (#Coballoway), and fearless forbidden love (#Raisy). And I am.. obsessed with them! (Am I becoming like Lily? Ah, I don’t care.)

I feel like there’s little point in discussing the plot, if you’d read Kiss the Sky and Hothouse Flower, you know all the major events, but still this book is definitely not those books from another POV. No, this is mostly new material, we get to see what Lily & Lo were up to during that time. Every fan of the series will love this book, it was full of funny and heartbreaking moments. Lily & Loren are still on their road to recovery and we’re yet to see their happy ending.

I highly recommend this series, jump on this crazy train and meet your new favorite group of people. If you’re new to the series you should start with Addicted to You , though I admit my favorites are the spin-offs. You can see recommended reading order on authors’ tumblr page.

What else can I say – I laughed, I cried, I loved. This series just warms my heart.

*You can read my interview with the authors here.