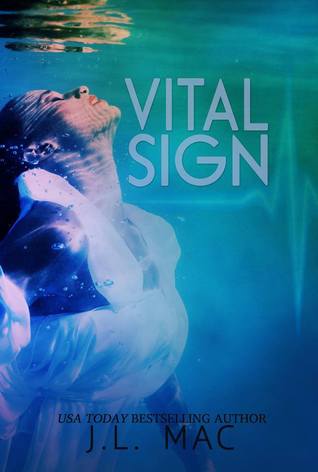 I used to have a great life. My little world was bright. I had no complaints. My perfectly simple life made the fall from grace that much more devastating. I plummeted from the heavenly little bubble that I shared with Jake. I fell fast and hard straight into the fiery pits of hell. The knowledge of how things used to be is a bittersweet torture that refuses me even one moment of respite. I live in a painful reverie that I can’t escape.

I had it good once.

All of it disappeared like vapor into the ether. I’m a lost woman, wandering through grief and struggling to come to terms with my new title: widow. My family says I need understanding and closure. I say a cigarette and a bottle of wine is a much better option for instant gratification.

I’m the awkward, depressed one standing in the corner making everyone around me miserably uncomfortable. I’m the one with vacant eyes that society strives to help but can’t. I’m the one who hands out tight smiles and derisive snorts. I’m the widow adrift in this world with no direction. No meaning. No hope. No vital sign.

Sadie sets out on a journey to healing without knowing that things will get far worse before they get better. Despite her general indifference to organ donation, she finds herself on a journey to seek out the only people who benefited from her husband’s tragic death.

Resentment runs rampant as she meets the thriving organ recipients. Anger and jealousy spiral, sending the delicate structure of Sadie’s emotions into a tailspin.

Alexander McBride got a second chance—one that he didn’t necessarily want. Alexander is a game changer for Sadie. She hates him for his health but can’t help feeling at home in his presence. He soothes her grief in a way that is intoxicating, addictive even.

The heart that once fell in love with her now resides in Alexander McBride’s chest. It’s a circumstance that forces her to wage an internal war fueled by grief, anger, guilt, love, lust, and loyalty.

Sadie must discover the things that are vital to going on with her life if she has any hope of finding her way through the all-consuming grief that dominates every waking moment.

*** Arc provided by the author in exchange for honest review ***

"He died , other people got a chance to live, and I was left to stand awkwardly in the corner at every holiday, birthday, wedding, and reunion following it."

Every loss is hard and painful, but death of a loved one is the hardest of them all. It is something that cuts you deep and marks you forever. A wound so deep which never heels and never stops to hurt. An emptiness that no one and nothing can replace or fill. Death is something no one can escape and whose final strike is everyone's greatest fear. We all expect and hope to live a happy and fulfilled life before that final strike, but life has a tendency to slap us in the face and say: guess again.

This is a story about that kind of loss, about the painful and bitter flavor it leaves and about the amount of strength and sacrifice necessary to rise again after that kind of blow. The first thing that caught my attention was of course the beautiful cover and then I read the synopsis and that was it for me. I was lucky enough to get an advanced copy from the author for which I'm grateful, because I liked this story very much and the characters it revolves around. It had me on the brink of tears from the very beginning, having lost that battle a couple of times. It was deeply emotional, heart-breaking, sweet & touching. One of my favorite formulas.

The main heroine is an 26 years old artist Sadie who lost her husband in one tragic event and  after his death she decided to donate his organs. Two years later and everything changed. She became shell of a woman she once was, deeply broken, full of resent and anger at herself, God, people and world around her. To please her family and in seek of some type of closure she decides to meet the people who hold a piece of her late husband, one of them being Alexander McBride, the patient who got Jake's heart.

"He carries it.
He is responsible for taking  care of it,
but it wasn't that long ago that I slept beside that heart every night.
I took comfort in that heart.
My world revolved around that heart.
He carries it now, but I've carried that heart too."

Sadie was my favorite character in the story. She was such a sweet and relate-able character with whose thoughts and views about the world and people around I could connect. We get both, Sadie's and Alexander's point of views, but this is Sadie's story. A story about her hardest downfall and then slowly rising from the ashes. Alexander was also a very likable character, also a broken spirit who comes to Sadie's life when she was at the very bottom and when she expected it at least. There are a lot of secrets, grief, tragedy and guilt standing in the way of their happiness, but together maybe the could help each other heal, be each other's anchors.


"The look on her face rips me to pieces.
She's standing there on my boardwalk looking so fucking alone that I wish I could steal the loneliness from her.
I'd take it from her. I don't know why other than the fact that I feel so indebted and responsible for this gorgeous, tormented woman in front of me.
I bite my tongue, literally, shocks of  pain bolt me, but I keep quiet.
Somehow I know what she needs in this moment.
Unspoiled silence."

The book was well-written, the writing style being so honest and poetic at times which I really liked. When it comes to the story I liked the first half of the book slightly better, because the second half became a bit cheesy and Cinderella-alike for my taste, but I didn't mind it this time that much. All in all, very good. I would recommend it to anyone who loves emotional and romantic stories which leave you with that warm and fuzzy feeling. This was my first book by this author, but it won't be the last.

Her eyes, her movements,
her touch are all her tell- her story- and I'm rapt,
wondering what her ending is.
Some newly discovered part of me hopes that I'm the main character in Sadie's ending. Not her happily ever after, because she's already had one of those, but maybe I can be her second chance at happiness.
I think she could be mine.

Posted by Anonymous at 3:27 PM