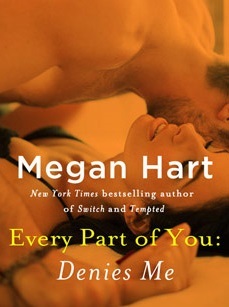 Passion has bloomed to love, but when Elliott’s estranged father shows up back on the scene, he brings trouble with him.


The dating thing goes well at first, with both of them taking things slow…though their passion can’t be contained. But when Elliott’s stepmother tells him she’s been in touch with his father, Elliott’s past comes back to remind him that hurting other people is wrong. Despite Simone trying to tell him there’s a difference between the sort of things they do in the bedroom and hurting someone in anger, Elliott again puts up an emotional block and Simone seeks refuge in a former lover’s embrace.

She'd vowed she would never be that girl.
She knew for a a straight-up fact that Elliot was an emotionally
unavailable mess. She could fuck him until they were both raw.
She could let him take her out to dinners and concerts.
She could even spend hours with him on the phone, laughing so hard she thought she might pass out from lack of air.
But she could not, would not fall in love with him.


The  first three parts of this story made me think that this read was something unlike Megan Hart's usual reads, because they were more focused on sex than on emotions, but in this one and the next one I could definitely recognize her distinctive writing style and that's why I liked these final parts the most.
Love. Sex. Pain.
Elliot & Simone are finally making it official and everything seems to go so smooth, but of course that's the destiny's cue for immediate strike of pain and misery. Elliot's ghosts from the past come knocking at his door and "their visit" make him question again his relationship with Simone. The things I liked the most about this part is the emotional side of the story and that the puzzle that is Elliot and his past finally starts to solve piece by piece. I was undecided about him at the beginning of the story, because he was a closed off person, but as the saying says: don't judge the book by its cover. He has frustrated me yet again with his choices and insecurities, but after getting a peek in his past and childhood, it's impossible not to feel sorry for him and things he went through.


Simone is one of those fierce & independent women and that's why I like her, but in this part we also get to see her soft side which made me like her even more, even if she did something in the end I didn't exactly approve, but it still didn't make me think less of her. The character that I don't like even after this part is Aiden. That guy annoyed me since the first page we met him and things only got worse in this book. You'll see why.

Will there be HEA for Elliot & Simone after all or are they broken and this time for good?
We are one  step from finding out, because the 5th part is also the last one. All in all, I liked the story very much despite some dramatic situations.


Btw. Elliot, you broke my heart big time, but I'm still rooting for you, probably because of my in-explainable soft spot for broken souls and you are one of those, but it's time to redeem yourself! I'm waiting... 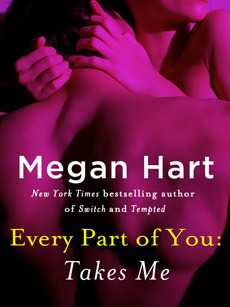 
Together, they were on fire. Apart, they’re miserable. Can Simone and Elliott find their way back to each other?

Bereft after Elliott leaves her, Simone is urged to find solace in a non-emotional connection with a stranger that leaves her body fulfilled but her heart still empty. When Elliott learns she’s been with someone else, jealousy prompts him to make a move on her, but passion is no longer enough. He needs to open up to Simone, who’s not sure she can accept even his sincerest apology. A final run-in with his father convinces Elliott he has to make amends with Simone, no matter what it takes.

He had been her sun, the star she circled endlessly.
Helpless against the gravity she'd been unable to fight.
She'd flown too close and melted her wings made of wax.
She'd fallen.
Maybe she'd never been meant to fly.

Heartache is one of the hardest types of pain out there, because it never gives you a break and you may never  recover from it. It's a tormentor with the sharpest blade and aren't we all familiar with that particular blade? That's how Simone feels after Elliot broke her heart. Months have passed and she gives her best to try and forget him, but every time she fails miserably. And he doesn't even seem to care. Ugh! Damn you Elliot! Your cold demeanor made me imagine several right hand-left hand slaps headed your way, but you did kind of redeem yourself in the ending even if you took your time. Jerk!

Posted by Anonymous at 2:05 PM