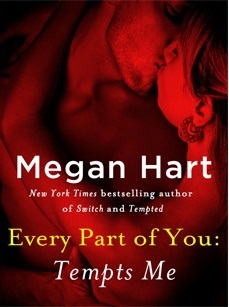 She likes to watch. He likes to keep hidden. Total opposites on a collision course to a relationship neither can deny.
Simone Cooper’s been watching Elliott Anderson through her office window for months. He likes to bring women back to his office for late-night trysts, and Simone enjoys her voyeurism until one night, Elliott appears to go too far with his date. The other woman might not be into spanking, but Simone is, and when she meets Elliott in the elevator later that night, she makes sure he’s intrigued enough by her to ask her to go with him to the party he no longer has a date for.

Thrown together by circumstances he’d never have imagined, Elliott isn’t sure what to think about Simone. She’s nothing like the women he normally dates, but something about her draws him in until he can’t stop himself from wanting her…until their goodnight kiss becomes something harder. Harsher. Simone responds to his rough hands as no woman ever has, and Elliott’s not ready to pursue what he’s always told himself is wrong.

ARCs provided via Netgalley in exchange for honest review

"What it would be like, Simone wondered, to have him focus that look on her? To feel his hand on her wrist?
Gripping hard, maybe grinding the bones together, just a little?
It would be delicious."

Every Part Of You is a story divided into 5 parts, every each of them featuring not more than 30-50 pages long. The 1st part was only around 36 pages long, but nevertheless the story was engaging, fun & sexy. It focuses on a couple Simone & Elliot who meet at the beginning of the story after she's been spying on his late, "private shows" in his office for a long time from her own office window. Let's just say that she more than likes what she sees and decides that Elliot might finally be the one who would give it to her the way she craves it.

Girl crush alert! Simone was definitely the biggest reason why I liked this story, because she is one of those fierce, independent, straight-forward & fun heroines who know what they want and aren't afraid to take it. Elliot still remains a mystery in this part. He seems calm, a bit cold and controlling. He usually goes for women which are totally opposite from Simone, but there's a strong chemistry between them and the way she responds to him is something he can't deny no matter how hard he tries. Like every bad boy- he avoids dating and serious relationships, but Simone might be finally the one who will change it.

What can I say except- very, very hot introduction and they didn't even have sex in this part, imagine that! If you want a short, fun & way-too-hot read with no bigger drama- check this  out. It will leave you wanting for more, so better have all parts near!

"She wanted him to kiss her, hard and bruising, bringing the taste of blood. And in that instant, something in the flash of his gaze told Simone that maybe, just maybe, Elliot wanted the same thing." 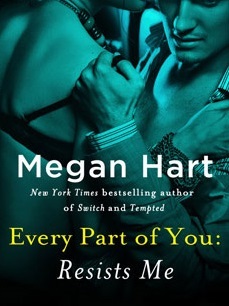 
The dance has begun. Simone’s ready to follow all her desires, but reluctant Elliott isn’t ready to take the lead.

After teasing Elliott into going dancing with her, Simone seduces him. She knows what she wants and isn’t afraid of asking for it, and Elliott appears to be as eager as she is to see where their passion takes them. The sex is electric, but Elliott is taken aback by his response to her, and when Simone reveals her kink for pain to him, he’s unable to accept it and tells her he doesn’t want to see her again.

And then they’re both invited to the same party.

"When you want me, you'll know were to find me."

The story continues with its fun, steamy & emotional flow. The heat level is rising  people! Damn you Elliot for playing hard to get, but the anticipation and the waiting was worth it. I think it's the first time I'm reading a book where the guy is the one who's been playing hard to get and not the other way around, slightly unbelievable- don't you think ;), but it was fun and refreshing to read about "the traditional roles" being switched a bit.

Simone likes her sex rough and mixed with a little pain and she knows that Elliot is the right man to give it to her just the way she wants it, BUT  Elliot is anxious to break his 1. rule when dating and that's => 1. Thou Shalt Not Go On a 2nd Date With The Same Woman, even though he is aware that they are more than compatible in the bedroom. I'm glad that they have a more lighter version of bdsm relationship without the playroom and all the equipment. The sex scenes were R-rated and in a good way. This is not one of my favorite stories by Hart, I still prefer her famous masochist reads, but I did enjoy it very much.

What will it take to get Elliot back in Simone's bed?
Is he there to stay this time?
Buy the story & find out.

"Then, before he could stop her, she swung her leg over his lap. Straddling him she put her hands on his shoulders, her thumbs brushing his neck.
She put her mouth to his ear:" I like it when you hurt me." 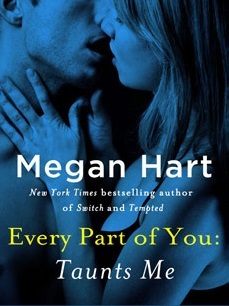 Elliott made a mistake in pushing Simone away, but is it too late for him to pull her close again?
Admitting to Simone that he really likes her is a big step for Elliott, but before they can move on with this new relationship, there are some things they need to get straight. Amused by his “guidelines,” Simone is willing to try to understand Elliott’s point of view, so long as he gives her what she wants, too. Everything seems to be moving along until a misunderstanding about Simone’s relationship with an ex lover forces them to face their real feelings for each other.

"I like that you like it", Elliot murmured. "I fucking love it, as a matter of fact. It makes me lose my fucking mind."
She had a clue, now, why he was so against it. "And you you don't like that."
"No. That's insane. Who likes losing their mind?"
"We are all mad here," Simone said, quoting the Chesire Cat.

How to date, but not actually date? That's "the riddle" Simone & Elliot are still trying to solve while having crazy, hot sex in the meantime. It's obvious that there's only matter of time  when one of them will crack and ask for more, but who will it be?

Without spoiling anything, all I'm going to say is that the story is only getting better and better. Simone is still my favorite character, but I have to say that I'm also warming up to Elliot with every next pages. The little clues we get about his childhood and abusive father make it easier to understand why is he so closed off as a person and afraid of commitment. Both of them are showing more of their emotional side and I'm keeping my fingers crossed for they HEA. Another characters that we meet a little bit more are Simone's ex Aidan and his girlfriend. They have a more extreme version of Dom/Sub relationship which was interesting to read about, but I'm still glad  it was more of a background story.

What will it be that finally breaks Elliot's cold demeanor?
Will it be late for them when it finally happens?
You know what you have to do ;)

"Yes, Simone," he said into the softness of her hair. "It matters."

Posted by PurpleBook at 8:31 PM