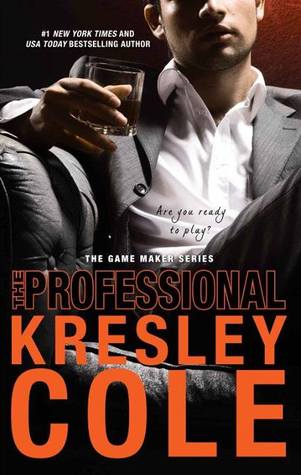 He makes the rules…

Mafiya enforcer Aleksei “The Siberian” Sevastyan’s loyalty to his boss knows no bounds, until he meets the boss’s long-lost daughter, a curvy, feisty redhead who haunts his mind and heats his blood like no other. Ordered to protect her, Aleksei will do anything to possess her as well—on his own wicked terms.

Rules are made to be broken…

Grad student Natalie Porter had barely recovered from her first sight of the dark and breathtaking Sevastyan before the professional enforcer whisks her away to Russia, thrusting her into a world of extreme wealth and wanton pleasures. Every day under his protection leads her deeper under his masterful spell.

Are you ready to play?

Yet all is not as it seems. To remove Natalie from an enemy’s reach, Sevastyan spirits her into hiding. From an opulent palace in Russia to the decadent playgrounds of the mega-wealthy in Paris, the two lovers will discover that even their darkest—and most forbidden—fantasies can come true…

****Arc provided via Netgalley in exchange for honest review***

Kresley Cole is one of my favorite authors when it comes to the paranormal genre with her Immortals After Dark series and that's why I was super excited to read this book. It started out promising, I liked the idea, it had potential, but unfortunately soon enough I could see that this won't be one of my favorite reads by her and here's why:

The things I actually liked about this book:

1. Russia & Russian bad boys speaking sexy Russian language
The majority of the story takes plot in Russia with main male hero being Russian which I really liked, plus I got to learn some Russian, one of the languages I love and have to learn in the near future.

2. Humor
When it comes to humor, you could recognize Cole's style from a mile- strong, witty, uncensored and fun characters making fools of themselves and being cute while at it.

3. Strong female character
As usual, the main female character was a fairly strong woman who isn't afraid to take charge when she sets her mind on something. In this case, when it comes to the relationship, we can say that she was more of a "predator" than the guy and I liked it.

The things I didn't exactly like about this book:

1. The plot & the writing
I can't believe I'm saying this, but at some parts of the book I questioned if this is written by K. Cole, because it felt more that it was written by a writer beginner- too many cliches & some cheesy content. In my opinion the sole idea of the plot is good, but unfortunately it wasn't well developed. The story ended up pretty predictable. I don't know, I guess with authors like K. Cole I have pretty big expectations and this time those expectations were not met.
2. Caveman alert!
Hot, dirty, mysterious Russian turns annoying & over-possessive Tarzan with the main line: "Me bad, you mine!" His so called mystery and "issues" started to really annoy me towards the ending to the point that I wanted her to dump his ass and even his finally coming clean couldn't change my mind.

3. Female character with questionable life choices
I'm not going to go deep into this, because there would be spoilers. You'll just have to read it for yourself. Let's just say that some things she did or said made me think: Girl, are you for real o.O?

I saw that someone labeled this as paranormal romance with vampires on Goodreads. Sorry, but have we read the same book? This is realistic fiction and there are no things related to the paranormal genre, certainly no vamps in it. The readers that will probably enjoy this much more than I did are fans of books like Fifty Shades Of Grey or fans of BDSM romance with Dom/ Sub relationship in general. As far as the quality is concerned this is better than those books, but I overgrew those type of stories long time ago. All in all, I will continue reading everything Cole writes, I'm not even opposed to read the next book of this series in hope that things might improve, but it also won't be on top of my list.