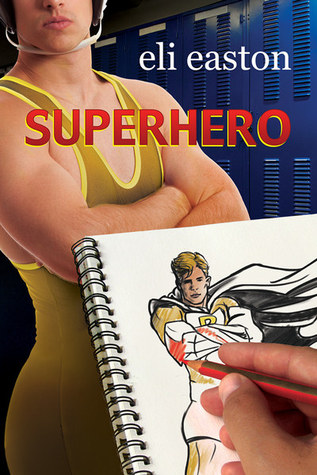 It’s not easy for a young gay artist like Jordan Carson to grow up in Jefferson, Wisconsin, where all anyone seems to care about in middle school and high school are the sports teams. But Jordan was lucky. He met Owen Nelson in the second grade, and they’ve been BFFs ever since. Owen is a big, beautiful blond and their school’s champion wrestler. No one messes with Owen, or with anyone close to him, and he bucks popular opinion by keeping Jordan as his wingman even after Jordan comes out at school.


Their friendship survives, but Jordan’s worst enemy may be himself: he can’t seem to help the fact that he is head-over-heels in love with a hopeless case—his straight friend, Owen. Owen won’t let anything take Jordan’s friendship away, but he never counted on Jordan running off to find a life of his own. Owen will have to face the nature of their relationship if he’s to win Jordan back.

Who said I can't read a super-cute, fun, romantic and butterfly-inducing story and enjoy it? I admit, I prefer a bit darker, raw and emotional stories, but basically if the story and the writing style is good I can read anything. I've always wanted to read smth by E. Easton and considering my mm friends-to-lovers/GFY plot-line addiction Superhero seemed as the perfect choice. And it was.

"Without a doubt, the luckiest thing that ever happened to me was that I became best friends with Owen Nelson."

I fell in love with Jordan's and Owen's story right in the first chapter. They became inseparable best friends in the second grade of elementary school, their love for comics and action figures being the thing that brought them together. The main voice of this story was Jordan a.k.a Jordy who re-tells us their story from the very first day they met, but later on we get Owen's pov too. The sweet, brave, selfless, fun and charming geek Jordy as the MC was so easy to love. It was crush at first sight for him when he met Owen and with every next day that love and longing only became stronger and stronger. Too bad Owen was straight and didn't want Jordy that way or is he really?

Owen, the untypical jock, was also a likable character. I loved how protective, supportive and accepting he was of Jordan. His insecurities over his sexual identity and his relationship with Emily tended to be a bit frustrating for a hardcore mm lover like myself, but overall the story was simply beautiful, touching and swoon-worthy. Other than mm romance, this book also deals with themes such as coming out and bullying.

Btw. Excuse me for my bluntness, but I still don't get why did people on GR marked this as YA fiction just because there was no penetration. Well, they did everything else, so I definitely wouldn't say this is your typical YA read, more of a coming of age/new adult story, but hey, that's just me.

Highly recommend this novella (around 90 pages) to every mm reader with a "fetish" for friends-to-lover romances and anyone who is interested in this genre and doesn't know where to start. This was another winner!

Purple
Posted by PurpleBook at 3:36 PM