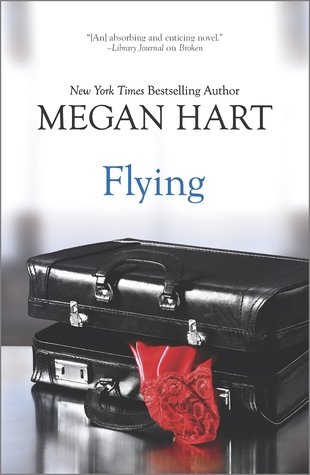 
Ever hear of wanderlust?

Every other weekend, Stella buys a ticket on the next flight out of town and leaves her life behind. Home is a place with too many memories, and departure is the sweetest possible distraction.

As soon as she arrives at her destination, Stella visits the airport bar. She orders a drink and waits for the right guy to come along. A bored businessman, a backpacker, a baggage handler just off shift. If he's into a hot, no-strings hookup, he's perfect. Each time is a thrilling escape from reality that gives the term layover a whole new meaning.


When Stella meets the enigmatic Matthew in Chicago one weekend, she hits some serious turbulence. Something about him tells her she's not the only one running from the past. The connection between them is explosive, and for the first time, one taste is not enough for Stella. But returning to find a gorgeous man waiting for her is the easy part—facing the reason she's there is a whole other matter...

In little over two years I've been a Goodreads member I've discovered quite a few amazing authors whose books keep knocking my socks off. One of such authors is most definitely Megan Hart. Ever since I read Broken I've been on a mission to read as much of her books as possible. Some I liked, some I loved, and some I really, really, really loved. But even so I've grown a bit reluctant to read her latest books -- a lot of mixed reviews I've been seeing of those. That is what happened with Flying. It took me almost a year for my curiosity about this book to make me read it, but I got there, and I'm glad I did.

The first books by M. Hart I read, Broken, and Dirty, were so emotional reading them at times proved to be difficult, and I loved them for it, Broken especially. Flying didn't give those feels, but it certainly had that sorrowful atmosphere about it that I look for in Hart's novels. The Megan Hart magic was felt here, too. I just felt it more before.

There was one thing about the writing that took time getting used to: third person narrative. Normally, I'd pick the third person over first anytime. However, all her other novels I've read so far were written in first person narrative, and it worked so great, that I missed that terribly. I missed it so much that I'm writing a sentence I never thought I would write: I would have preferred had Flying been written in first person.

What's most important is the key part I look forward to when picking up this author's book, and that's having one woman's life--her present, her past, and hints of her future, the significant people that make her life both good and complicated--written on these pages in a manner that make the story interesting to read. This time it was Stella, a divorced mom of a teenage boy, working at a photo editing job. The title, however, comes from another part of her life she kept hidden: whenever she could, Stella would fly somewhere, don a new outfit and with it a new name and personality, then she'd find a man, hook up with him, leave him, and go back to her life, all of which is perfectly said in the blurb. The blurb also perfectly introduces Matthew, another man Stella met in an airport bar, but with him everything was different from the very beginning. She wasn't "flying", she met him as Stella, shared with him more time and more information than she expected. She gave a lot more than she expected.

I have to admit, as much as I did like Matthew at the beginning, he soon turned into a character that annoyed me. He pissed me off majorly, is what he did. It started off nice between him and Stella, but the more was revealed about him, and by this I mean how whipped he was by his ex-wife all the friggin time, he lost my sympathy. It was enough to make one want to punch him in the face, and then punch him in the face again because once was not enough! One might want to throw in a third punch for crazy behavior he caused in Stella. All her frustration over his not answering his goddamn phone got to me, too. Phew, still gets to me, it would seem. Needless to say, I was less than happy when that strong, confident woman turned into a, I'm sorry to say, pathetic one over Matthew. When all his story came out, yes, I understood him more, but it was not enough to let go of everything else. No matter how much they were great together, my advice to Stella would've been: Kick him to the curb! Because they were great when it was just the two of them, but it would never be just the two of them. They both had failed marriages, and they both had children that tied them to their exes.

Usually with Hart's novels come The End, I feel such relief that the main characters somehow got to a happy ending despite everything. This time that relief was missing. I was just having a hard time picturing them getting past the issues they kept having throughout the book. Honestly, I was actually sad and disappointed Stella was over Craig, another man that came back into her life. On the other hand, I loved all those comparisons of her feelings for him years ago and now. It's incredible how much changes over time, and the change in those feelings was perfectly captured, in my opinion.

Through Stella's interactions with Matthew, Craig, her ex-husband, her son, her painful past was revealed part by part. It was brutal, and as much as I'd like to be all judgey about the way she was or wasn't handling it so many years later, I can't find in me to actually do it. It's easy to stand aside and pass judgment, especially about fictional characters, but that would make me a hypocrite. Plus, all those flaws, bad decisions, and somewhat irrational behavior makes these characters more real. Oftentimes, I feel as though I like Megan Hart's characters because of their flaws, not despite. Stella is one of them.

I suppose the conclusion would be I have mixed feelings about this book, but that I did like it. More importantly, my doubts about this author's newer books have shrunk. Now I'm looking forward to reading them.
Until next time, happy reading!