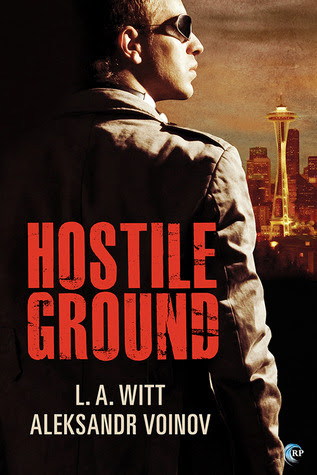 After the deaths of three undercover cops investigating a drug ring in a seedy strip club in Seattle, Detective Mahir Hussain has been sent to finish the job. He joins the club’s security team in the hopes of finding enough evidence to bust the operation before the men in charge find a reason to put him in a shallow grave.

To protect the strippers, only gay men can work the club. Ridley, the cold and intimidating head of security, knows exactly how to test potential new hires—including Mahir. From the minute they meet, Mahir and Ridley engage in a dangerous dance of sex and mind games. Mahir needs to find his evidence before Ridley figures out he’s a cop—and before they both grow too close to betray one another.

As the game goes on, Mahir burrows deeper into the operation, where he learns there’s much more happening than meets the eye . . . and why every cop who made it this far has been silenced with a bullet.

I really thought about getting a break from MM genre for awhile I promise, I even started reading another f/m book, but then I saw this book on Netgalley and what can I say- the resistance was futile. I just had to have it and then I did and everything else was of less importance and I'm not even sorry after reading it.

Whoever is familiar with the work of L.A. Witt & A. Voinov knows what to expect when these two authors write a book together. Two strong, bad-ass and way too hot dirty-talkers. Lots of action, mind games & super-hot sex. Just my type of a book, what's there not to love?  I was hooked from the very beginning. The story focuses on Mahir Hussain, a Muslim detective going undercover in one of the biggest and most dangerous cases of his life. Driven by hatred and revenge, he gets involved in one of the most dangerous underground mobs dealing with drugs and prostitution with one goal only- take town their organisation and its boss or die trying. He was sure that nothing can distract him from his goal, but then he meets David Ridley, the cold and deadly head of security of this organisation.

Ridley's hand left Mahir's neck and went up into his hair. He grabbed it, pulled back, and they were suddenly eye to eye and breathless, staring each other down. Okay, this was getting out of control quickly.
Ridley didn't let go of Mahir's hair. His other hand, though, moved behind them, nudging Mahir's hips back. Eyes locked, neither of them looked away, but when Ridley's belt buckle jingled, they both pulled in sharp breaths.
Then came the zipper. Oh fuck.
"To answer your question-" Ridley paused to lick his lips"- yes. That was an invitation."

From the moment they set their eyes on each other their relationship becomes explosive & passionate, but filled with mistrust and unstoppable fighting for control, both in and out of bedroom. The chemistry between them was scorching hot and the sex scenes? Oh boy...I know I say this for every book written by A. Voinov, but there's not a doubt about it- one of the best & hottest I've read. I'll leave it at that, because my thoughts about those parts are highly inappropriate and would need a strong censorship and we wouldn't want that, would we ;)? Everything starts as a big mind game between them with Mahir becoming Saed in order to gain Ridley's trust who keeps testing him since the moment he sets his foot in his office. No one crossed the strong and calculating Ridley and lived to tell, but when feelings get involved, everything is put at stake.

The guy with the icy stare behind the dark sunglasses- he could shoot a cop and not blink. The one who'd left Mahir aching all over, and who had seemed just as unhappy as Mahir that they couldn't continue things, wasn't murderer. He couldn't be. Could he?

The story was action-packed, interesting and well-written. I loved everything about it, from the plot to the amazing characters. I liked that one of the characters was a Muslim for a change and that we were given insight into their culture too, especially when it comes to sexuality and breaking the tradition. What I especially like about these two authors is that when it comes to romance, their books are never cheesy. The romance was emotional and passionate like always, but it wasn't exaggerated with corny lines and situations which some authors have tendency to use and what always ruins the story for me. They don't overuse cheesy lines to create romantic atmosphere, but the romance here is more subtle, showed through a simple touch or word of deeper meaning and those emotional moments are among my favorites.

I highly recommend this book to every MM fan. You just can't miss with these two authors. Buy the book & dive in!

"This is so dangerous," Ridley whispered. His eyes narrowed a little, and he grinned. God, but he was the most enticing, unnerving combination of the two sides of the man Mahir had come to know. The hand on Mahir's cheek slid into hair. Thightened. Pulled. Mahir surrendered, letting himself be drawn in, and just before their lips met, Ridley said, "I like it dangerous."

Posted by PurpleBook at 6:58 PM