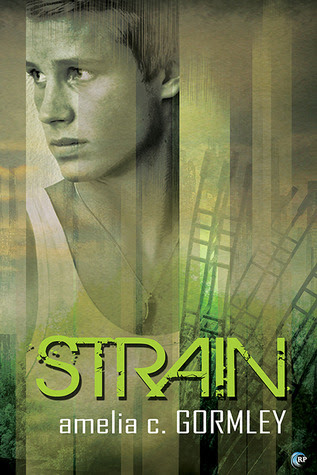 In a world with little hope and no rules, the only thing they have to lose is themselves.

Rhys Cooper is a dead man. Cut off from the world since childhood, he’s finally exposed to the lethal virus that wiped out most of the human race. Now his only hope for survival is infection by another strain that might confer immunity. But it’s sexually transmitted, and the degradation he feels at submitting to the entire squad of soldiers that rescued him eclipses any potential for pleasure—except with Darius, the squadron’s respected, capable leader.

Sergeant Darius Murrell has seen too much death and too little humanity. He’s spent a decade putting plague victims out of their misery and escorting survivors to a safe haven he can never enjoy. He’d rather help Rhys live than put him down, so when Rhys can’t reconcile himself to doing what’s necessary to survive, Darius is forced to save Rhys in spite of himself.

But with each passing day, it looks less and less likely that Rhys can be saved. Which means that soon Darius might have to put a bullet in the head of the one person in years who reminds him of what it means to be human.

ATTENTION! All fans of dark, edgy, kinky & mm reads come and meet Strain!
Boy, did this book turn out to be anything I did not expect. Sure, I had my share of dark & kinky reads and enjoyed quite a lot of them, but then I stumble on a book like this and feel like a beginner again . I probably wouldn't be so surprised if I didn't skim through the synopsis before reading, but it was already late when I realized that the book definitely won't be so tame as the pretty cover suggested.

Imagine a lethal virus which turns people into savaged zombies and world into chaos and because of the lack of modern technology the only cure possible can be transferred only by having sex, the more- the better? What if you were a 19 year old gay virgin who has been manipulated your whole life by a psycho-priest and his crazy "religious theories"...and you need the cure? What if your only chance are a group of super-soldiers who have the cure, but you have to sleep with them in order to get it? When I started reading this, my only hope was: let this book not be about another "poor", lip-biting virgin getting his cherry popped... and it wasn't. (Even if I had my share of fantasies about Joe-Magnliano-alike soldiers attempting to "cure" me ;D.)

"So vulnerable. So fragile. He could break Rhys easily, and that savage thing inside in him yearned to carry Rhy to the very brick of destruction. Rhys was his now, truly his, a fact that could still ruin them both."


The story was more complex than that and there were bigger issues explored like the corruption of the religion and economics, the freedom of sexuality, how far  are people willing to go if their lives are at stakes etc. There's romance in the story, but it's not your usual type of "and they lived happily ever after" romance. It's a more of a dark romance which did sometimes question my sanity, but the story was interesting and well-written, that's why it didn't present a bigger issue for me while reading. I definitely wasn't expected something like this and I liked it. I hope the author won't stop with this book and the way things ended I have a feeling this will be a series, because there are a lot of interesting characters worth writing about.

If you're not a hardcore mm fan, then stay away from this book. If you are, then come & get it, because you know you want it ;)!

"It was never about love. It was about self-respect.
I fought it for a long time because I didn't want the only sex I ever had before I died to not mean anything, especially when it was already something I didn't have a choice in. Then it didn't feel meaningless anymore, and it was okay. Better than okay."

Posted by PurpleBook at 3:51 PM