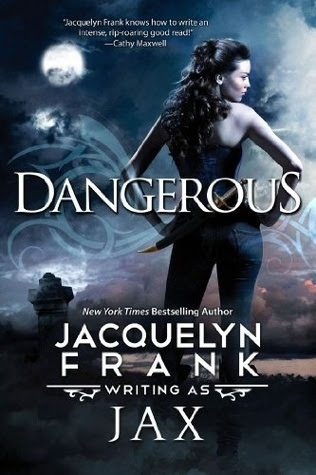 Devon Candler is nothing like the helpless, vulnerable woman Liam expected when he agreed to provide security for her secluded Catskill Mountain estate. Yet her life is at risk. Her enemies monsters. Her secrets devastating.

Liam Nash is a trained killer who takes no prisoners, fears no man. But to him this woman is seductively, devastatingly. . .

ARC provided via NetGalley in exchange for honest review

Please welcome the newest members of the paranormal world- Morphates.

What is a Morphate? Well, they are fast, strong, sensual, immortal vampire-alike creatures who have fangs and claws and they drink blood. I must admit that I love the paranormal genre and I've read a lot of paranormal books, but this was the first time I came across this type of paranormal species what immediately got my attention.

The main characters of this story are Liam Nash, the head of a security team which gets hired to protect Devon Chandler, the gorgeous, sensual, & provocative femme-fatale and one of the oldest and most powerful Morphates. I liked both of the characters of this book, because they had a strong personality. I was especially glad because the female character wasn't portrayed as some whiny drama queen as usual which most of the time ruins the reading experience for me. Since the moment Devon & Liam meet there's an undeniable, explosive chemistry between them to which they succumb soon enough and many, many times ;). Even though I liked them two as a couple, after the first half of the book I got more interested in two secondary characters who were part of the security team and I hope they'll get their own book.

"Is it better for you from the front or the back?"
He'd ask the question with just enough innuendo to get himself slapped. But this was Devon, and she wasn't exactly the shy and retiring type who got easily affronted. Her eyes widened as she absorbed the intent of the remark, and he could swear he saw her mouth twitch at the corners.
"I think both," she said softly, a tilt to her head adding speculation to the answer. "We can start from the front, and .... assuming you don't get too worn out, we'll finish from behind."
"And if I do get worn out?" he asked with a chuckle.
"Then I'll just have to lay you out flat on the bed and do you like that."

The book was interesting, action-packed & way-too-hot with a lot of sex scenes, maybe even too much for my taste. I liked the first half of the book better, because in the second half the story got a bit repetitive and that's never a good thing. I had also difficulties with the writing style. It was good, but from time to time it became a bit over-descriptive and detailed for my taste that I found myself rereading some parts a couple of times to get the point and I don't like when authors use too many strong adjectives and adverbs in the same sentence like f.e. deliciously, exquisitely etc. What the story lacked was the building of the paranormal world. I wanted to find out more about Morphates and their society, but the focus was more on the romance what I hope will change with future books.

The book didn't end up with a cliffhanger which was also a good thing. I hope the next book will focus on my favorite characters in this one. All in all, solid 3 stars for the story!