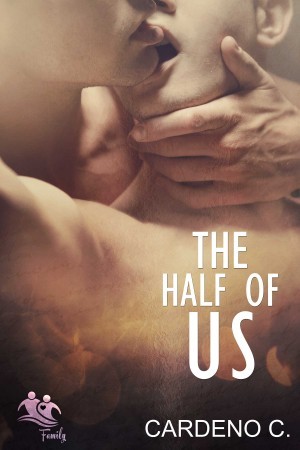 
Synopsis On GR:
If short-tempered Jason can open his heart and life to optimistic Abe, he might finally find the family he craves.

Short-tempered, arrogant heart surgeon Jason Garcia grew up wanting a close-knit family, but believes he ruined those dreams when he broke up his marriage. The benefit of divorce is having as much random sex as he wants, and it's a benefit Jason is exploiting when he meets a sweet, shy man at a bar and convinces him to go home for a no-strings-attached night of fun.

Eight years living in Las Vegas hasn't dimmed Abe Green's optimism, earnestness, or desire to find the one. When a sexy man with lonely eyes propositions him, Abe decides to give himself a birthday present—one night of spontaneous fun with no thoughts of the future. But one night turns into two and then three, and Abe realizes his heart is involved.

For the first time, Abe feels safe enough with someone he respects and adores to let go of his inhibitions in the bedroom. If Jason can get past his own inhibitions and open his heart and his life to Abe, he might finally find the family he craves.

My first book by Cardeno C. was Strange Bedfellows which I read last year and liked enough to try smth else by this author and to be honest- the breathtaking cover played a big part in it. Just like SB, The Half of Us was a hot, fast-pacing, drama-free doctor vs. teacher romance which I read in one sitting.
~ Why 3 stars?

Reason no. 1: I prefer slow-building and slow-burning romances. Abe & Jase hooked up right in the beginning and not until the 2nd half of the story did they start to open up and connect outside the bedroom, at least not enough for me to make their connection and chemistry belivable.


Reason no. 2: How much sex is too much sex?
Who am I to say no to lots of dirty talk and sexy times, but at some point the story turned into sex scenes overload making me count how many pages I had left and that's never a good thing. In my opinion the story was too much focused on the sexy time and less on Jase's and Abe's bonding outside the bedroom and the emotional family time parts didn't make up for that.

Reason no. 4: My previous read was  Cam Girl By L. Raeder which finds itself right now on my ultimate favorite books self. No offense, but this book didn't stand a chance.