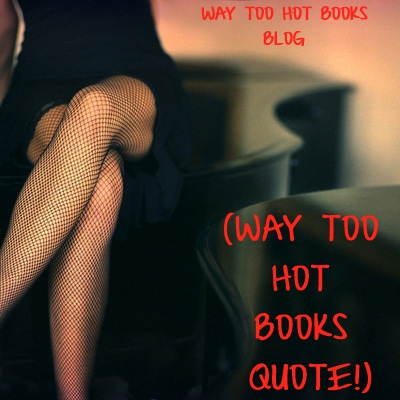 We haven't done this since... forever, I guess. But I just have to share a little teaser with you. I read Wicked Heat by Nicola Marsh last night, in one sitting - I just couldn't put it down. That is one too, too hot book!

Later this week we will post our review, but for now here is little something to think about. But don't think too hard - read this book! 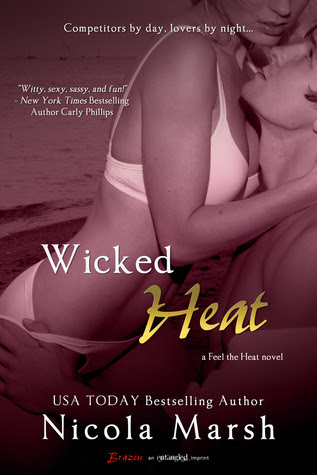 
"Competitors by day, lovers by night…
Allegra Wilks has had the worst month of her personal and professional life. To save her company, she must go on her would-be honeymoon and land the luxury eco-island resort’s lucrative advertising account. But when a lingerie mishap leads her into the arms of a wickedly distracting Australian, Allegra’s tempted to skip the trip and explore the most sensual kiss she’s ever experienced. Too bad their chance encounter at the airport is just that.

Having recently lost his company to his former best friend’s shady business tactics, Jett Alcott is headed to a South Pacific resort to secure an advertising account that will resurrect his reputation and career. Realizing the tantalizing Allegra Wilks is on his flight, Jett envisions a week filled with business and pleasure. But Jett doesn’t know Allegra’s fighting for the same account, or that there’s more at stake than his heart."

"Maybe it was the shock of having her groom dump her hours before the wedding, maybe it was years of rigid self-control, maybe it was the simple fact that she’d never experienced the gut-twisting attraction buzzing between her and Jett, but what she was feeling now? Reckless and impulsive and crazy. Crazy enough to kiss a stranger good-bye. She stared at his mouth, imagined what it would feel like on hers.
“Whatever you’re thinking, I like it,” he said, tugging on her hand and pulling her in close.
“This is insane,” she said, a second before she kissed him, snatching her hand out of his so she could slide her arms around his waist and grope his butt. Oh wow…firm…sexy…ass… were the only things that registered as he deepened the kiss, angling her head, his tongue sweeping into her mouth with commanding precision. She made an embarrassing needy sound in her throat, partway between a gasp and a moan, and he drew her to him, the heat from his body making her meld to him. The dampness he’d elicited earlier with a look turned into so much more when his hard-on pressed against her. To her utter shock, she was on the verge of coming."

That's all for now,
xoxo