(Book Blitz) Hopeless for You by Hayden Hill 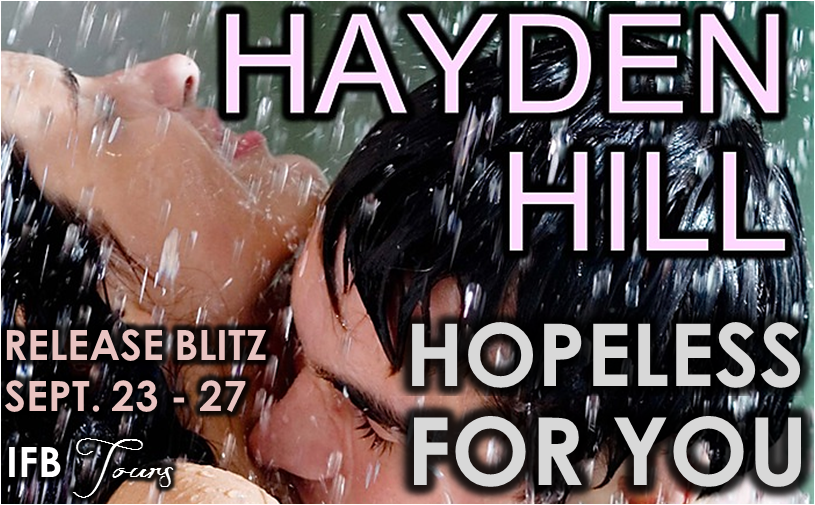 Itching for Books and Way Too Hot Books presents you Hayden Hill's One Week Blitz for her debut New Adult Contemporary Romance  Hopeless For You. 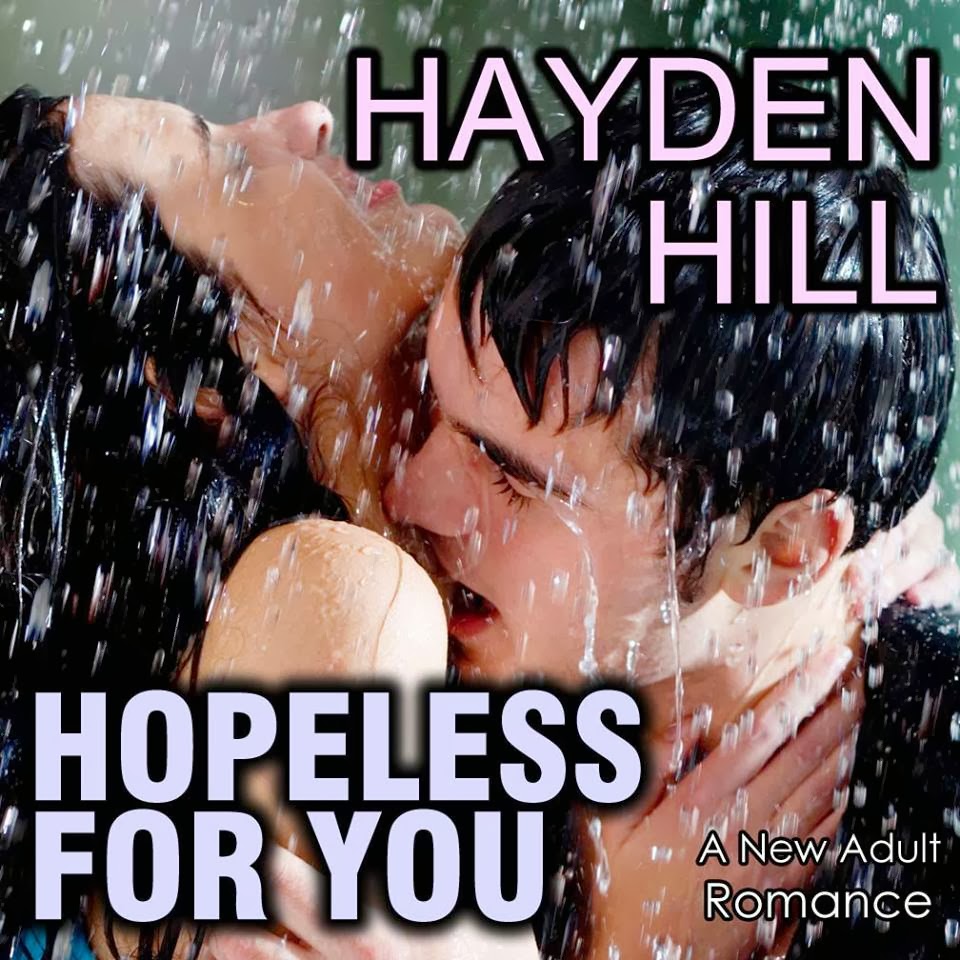 "If I am more alive because love burns and chars me, as a fire, given wood or wind, feels new elation, it's that he who lays me low is my salvation, and invigorates the more, the more he scars me."
― Michelangelo

Ash Jensen, a squeaky-clean sophomore at the University of Tennessee, has a trail of baggage a mile long―she buried her fiancé only a year and a half ago. She swore she'd never love again but when she finds herself interned to a yummy Canadian conservation officer that promise is tested big-time. Kade Gyllenhahl sports wild tattoos, a rebellious attitude and a fohawk to die for. He's definitely the wrong man for her and she knows it.

Kade doesn't have time for a girl like her. She's a pretentious, unreadable princess who lives her life by her parents' rules. Kade knows nothing about her past and he'd prefer to keep it that way. Besides, he'll lose his job if he sleeps with Ash. Now if only he could get his mind off her.

When the two of them end up alone and isolated on a routine field trip in the woods, things get a little complicated...

Hopeless for You Excerpt

"You like vodka?" Kade said.
"What?" I glanced at him uncertainly. "That's kind of an odd question. From way out in left field."
"You're half Russian." He was staring at me intensely. "You must like vodka."
"Oh, no." I returned his gaze with equal intensity. Had he felt that tingle when our hands touched, too? Our conversation was all innocent on the outside but I could sense the sexual tension seething on the inside. Neither of us broke eye contact. He wasn't sitting all that far from me. It wouldn't take much to close the gap and wrap my lips around his. "I had vodka once when I was in tenth grade. Almost threw up. Scotch is more my thing."
"Scotch? That's a man's drink."
I shrugged, but didn't break eye contact. "Not really."
"Any preferred brands?" His voice sounded deeper, more sexual. I was starting to lose myself in those eyes.
"I don't know." My voice sounded strange, too. A little breathy. "All kinds of brands. I don't like Jack Daniels, though."
"That's not even scotch. That's whiskey."
"Same thing."
Kade stood up now and edged a little closer. His eyes never left mine. "How can you not like Jack Daniels? That's, like, a Tennessee institution. They make it there, don't they?"
"They do." My heart was beating fast. "But Collier and McKeel is more my thing."
"How do you know so much about all these drinks, anyway?" he said in that deep, slow voice. "The legal age is twenty-one in Tennessee."
I knew my eyes were broadcasting sheer want. He felt it. I'm sure he did, because his eyes fed that want right back at me. "I'm a delinquent."
"You are." He took another step closer. I could hear his breathing now. Deeper. Faster. "Collier and McKeel... remind me to let you try Seagram's 83 sometime. Canadians make the best whiskey. Perfect for a delinquent like you."
"I'm actually more of a wine person. At least I used to be." We were so close now, barely a hand-span away. Those green eyes never left mine, and consumed me.
"Wine? I can see that. I'd peg you as a fan of white. You speak Sauvignon Blanc?" The way he said those French words sounded so sexy.
"I speak champagne," I said huskily. "Dom Perignon makes the most amazing Cristal. White Gold is--" I choked off the words, feeling suddenly like I was drowning, and I turned away from Kade. I couldn't hold back the sudden tears.
After all this time, something so simple as the name of a drink still affected me. I almost hoped Kade would wrap his arms around me and carry me away from the horrors of the past and save me from the guilt, but when I looked at him I saw he'd retreated to the shade again. He was sitting on the log with his arms crossed, facing away from me, staring at the river.

Hayden Hill is a New Adult Romance author. Her debut novel, Hopeless for You will be released in September 2013.
Writing HOPELESS FOR YOU was an emotional rollercoaster for Hayden. It started out as a rosebud of an idea which grew into this all-consuming tree. She poured everything into the book, heart and soul. It was a labor of love that’s for sure. They say that great art comes from pain. Well then Hopeless For You is her greatest work yet.
Thanks for giving the book a chance!