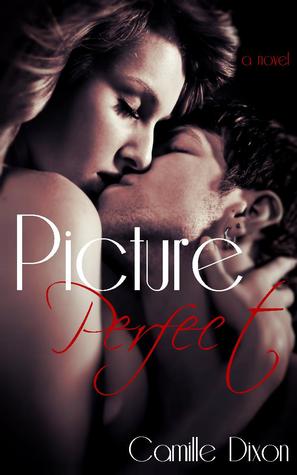 "On the outside, Devin Thompson looks like he has it all - charm, good looks, and a scholarship every art major at Sanhope would kill for. But on the inside, he’s dying. His family is falling apart, his grades are dropping, and his girlfriend just dumped him for his hockey team rival, who also happens to be his younger brother. Not to mention he hasn’t been able to snap a decent picture for his senior portfolio in weeks. But when a sultry redhead with fire burning in her eyes struts across his path, he thinks he may have finally found his muse…

Angela “Angel” Davis learned early on that life never offers any hand-outs. And she’s getting burned out. Between juggling her nights as an exotic dancer at a men’s private club and struggling to keep up with her elementary education courses during the day, she barely has time to think of the future. Not that she wants to. The future implies planning, and Angel is no stranger to broken dreams. Then she meets Devin, a man who’s so wrong for her, yet she can’t seem to stay away from.

When Devin offers to take her on as his private model, Angel finds the cash hard to refuse. Each has something the other desperately needs, and neither one is willing to walk away. As their professional relationship spirals out of control into something more, they learn sometimes the wrong person can be the only right person, and that life - and people - are rarely picture perfect."

His brows furrowed. “Is something the matter?”


I choked out a fake laugh. “Just nervous, I guess.”


His expression relaxed, his eyes softening as the smile reached them. “You shouldn’t be. You’re perfect.”


I stared at him, struck speechless for the second time tonight.


“Perfect for the camera, I mean,” he added, shifting his weight. A light blush crept to his face, making his rugged looks turn boyishly cute.


And making me want him all the more.

I'm a Southern girl who's spent the last few years freezing my toosh off up north. Except for the snow, things are pretty good. I love sunshine, sweet tea, and romances that touch my heart. A lifelong romantic, I found my own prince charming at an online dating site. Six months later, he asked me to marry him. Picture Perfect is my debut novel.