ARC Review: ALL THE SECRETS WE KEEP (Quarry Road, #2) by Megan Hart 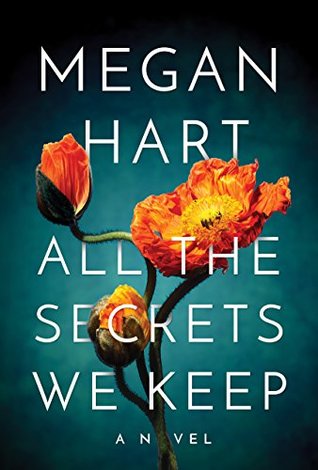 In the riveting conclusion to Megan Hart’s passionate new family drama, the secrets they keep are no match for the truths their hearts will never let go.

Still stuck in his small Central Pennsylvania hometown, Ilya Stern is used to feeling like a disappointment. After his high school girlfriend, Jennilynn, drowned, he married her sister, Alicia, only to divorce a decade later. The business they started together is threatened by a luxury development—and Alicia has already sold her stake. Now that Babulya, Ilya’s gentle Russian grandmother, has died, there’s no one left who believes in him. Or so he thinks.

Theresa Malone was Ilya’s stepsister for only a year, until his mother threw her pill-popping father out of the house in the middle of the night, forcing teenage Theresa to follow. Now she’s returned for Babulya’s funeral—and to facilitate the quarry-development deal. As she tries to convince Ilya to sell, she realizes her feelings for him have ignited—from sisterly into something more.

Working together closely, Ilya and Theresa struggle to define their intense attraction. When the details of Jennilynn’s death surface, will Ilya and Theresa’s deep connection keep their hope for the future afloat—or submerge them once and forever in their tragic past?

I liked this book even more than All the Lies We Tell. Was I surprised? Definitely. I was sure Ilya and Theresa's story couldn't match Alicia and Niko's, but I was wrong. It was one of those rare occasions I was glad to be wrong.

All the Secrets We Tell is the continuation of the Harrison-Stern-Malone family drama, and its conclusion. Like its predecessor, it has multiple POVs, but most of it is focused on Ilya and Theresa. Ilya, Alicia's ex-husband who after the first book hadn't left the impression of being a mature man or that he had been an exemplary husband to Alicia, is the reason I expected this book wouldn't be as good as the first one, even though at the end of All the Lies We Tell he was the wisest of them all. I was pleasantly surprised by his character and by how much I enjoyed reading his chapters. There was a lot to like about him. He wormed himself into my heart, as did Theresa. In book one, I found Theresa secretive. I was suspicious of her, and I was wrong about her too. Theresa's secrets were nowhere near as sinister as I had imagined. Her misfortune made me feel sorry for her, but her strength made me admire her. Together they were so cute, Ilya especially. They brought out the good in each other. I smiled a lot while I was reading about them.

I found this book to be lighter than the previous one, most likely because Alicia and Niko had found each other after all those years, so it was two characters less that needed to find their happy new beginning, and they were recovering from the death of Ilya and Niko's grandmother. Not only that, Ilya and Theresa found a way to honor Babulya in their new business endeavor. What was still hanging above them like a dark cloud was Jenni's tragic death, but even that cloud was slowly moving away. Like in the first book, there were flashbacks to the time surrounding her death many years ago, giving some clues as to what was really happening with her at that time. Truth would come from unexpected people, that is if they are to be believed. Her death had affected the lives of all of them in so many bad ways, but Babulya's brought them back together. They finally found their way to where they belonged. They were four people with a complicated past, and they may have been odd couples what with Niko being Alicia's ex-brother-in-law, and Theresa being Ilya's ex-stepsister, but they worked.


A lot had happened over the past year. Loss, renewal, beginnings, endings. Most of all, though, love. They'd all found love.


As always, Megan Hart's storytelling was amazing. I reread a lot of parts because she writes so beautifully. That and the interesting and complex story of the families on Quarry Street make this duology a hit in my book.

My review of All the Lies We Tell can be found here.