Blurb:
Julia's spirit is crushed as she sits trapped in the Singer bunker while heaven knows what happens to her people in the evil hands of Praile.

Meanwhile, the insidious demon's spore flourishes, reeking havoc on what makes her angelic. Now it's a waiting game until Julia and Scott are released from their forced protection into a potential second catastrophe.

Adi and Slash have fallen prey to the corrupt Were, as Tramack doggedly seeks that which he does not deserve. Can Tessa and Tahlia escape? Will Lanarre royalty cage Tahlia, or will Drek set her free?

Does Lazarus escape the depths of hell, only to fail in his pursuit of the ultimate forbidden fruit?

BLOOD SINGER: As a sub-species of humanity who possess the most pure blood of all (Angelic), paranormal talents are a natural part of their lives. The Rare One holds the prophesied pivotal role as queen of her people. With a myriad of different paranormal gifts, she is foretold to unify her own species and the other who run parallel to the Singers.

CAREER: Julia has a lot on her shoulders and as such, she is fiercely guarded from those other species of shapeshifters, Were and vampire who would want her for their own. Julia's talents have been “becoming” since book #1, but now a catalysis event has occurred which will mature all her talents at once. Her role is to unify her species, beginning with the devastated Region One.

BODY: Julia has never been athletic but as her powers have grown, so has her strength. Standing at 5'4” she has the typical coloring and size of a Singer female, yet behind the fragile Singer exterior is a female who is formidable.

PERSONALITY: Julia began as a gentle soul in book #1. She'd had a hard life as an orphaned child living with an aunt who didn't want the responsibility of raising her brother's child. When her new husband is killed, and Julia discovers she is essentially the “blood messiah” to a ton of different supernatural groups, she has to dig deep to shore up a core of steel she didn't know she possessed. Julia's deeply loyal to her friends and loved ones and sacrificial to a fault.

HABITS: She tends to hesitate when violence is needed. She loves to run, and would read a great book if the chaos would still for two seconds.

PASSION: Hanging on to who she is, with a world teeming with otherness.

QUOTE: “... Julia found she couldn't love someone who tried to kill her, call it self-preservation...” 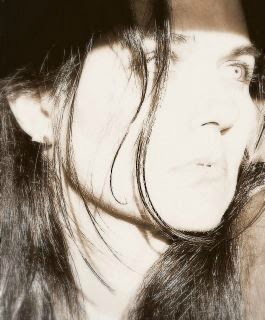 Tamara Rose Blodgett is the author of over seventy titles, including her New York Times bestselling novel, A Terrible Love, and the international bestselling TOKEN serial, written under the pen name Marata Eros. Tamara writes a variety of dark fiction in the genres of erotica, fantasy, horror, romance, suspense and sci-fi. She and her husband live in the midwest with their four sons and three disrespectful dogs. Tamara's #1 hobby is reading; she loves interacting with her readers.

You can find Tamara Rose at