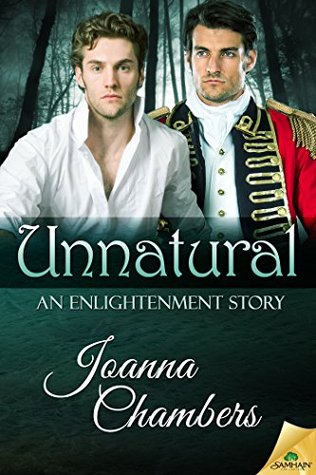 The heart breaks but does not change.

Captain Iain Sinclair. Perfect son, perfect soldier, hero of Waterloo. A man living a lie. The only person who really knows him is his childhood friend, scientist James Hart. But they’ve been estranged since Iain brutally destroyed their friendship following a passionate encounter.

Iain is poised to leave the King’s service to become an undercover agent in India. Before he leaves his old life behind, he’s determined to reconcile with James. An invitation to a country house party from James’s sister provides the perfect opportunity to pin the man down.

James has loved Iain all his life, but his years of accepting crumbs from Iain’s table are over. Forgiving Iain is one thing—restoring their friendship is quite another.

In the face of James’s determined resistance, Iain is forced to confront his reasons for mending the wounds between them. And accept the possibility that James holds the key to his heart’s desire—if only he has the courage to reach for it.


Warning: Contains a dashing military hero with one weakness—a scientist who feels their chemistry in every cell of his body. Kissing in the rain, skinny dipping, and emotional flashbacks. Huzzah!

This was the year I discovered the awesomeness of historical romance novels. The stories I read I found so enchanting, I've been adding historicals to my TBR like crazy ever since, including those by Joanna Chambers. Now, while I'm still unsure about wanting to read the rest of Enlightenment books because they're not written in the POV of the character I'd have liked, I am glad to have read about Iain and James.


Those who are familiar with this series will recognize both Iain and James from the short story Seasons Pass where they make a brief appearance (though I think that wasn't the only time Iain played a part in the previous installments). Seasons Pass I read after a conversation among Iain, Murdo and David about a certain night at a certain place made me curious about what happened then, and that story satisfied my curiosity to a point, but here in Unnatural I got the full story of that event. It was included in one of the "Then" chapters of the novel as it was one of the most important moments in Iain & James's relationship.


The story alternates between past and the present -- a form of storytelling I'm always in favor of, and which I liked here as well. Those "Then" chapters give the readers insight into James and Iain's long friendship that started when they were only young boys, the times when they wished and had become more than that, and those times when they pulled away from each other, though to be fair it had always been Iain who kept pulling away, so much so I was frustrated with him, no matter how much I understood what caused his behavior. James, sweet James, didn't feel conflicted at all: he loved Iain, he wanted to be with him, and he tried to get Iain to come clean about his feelings, but for years he'd been unsuccessful. There was no room for him in Iain's life devoted to making his family proud. Plus, in Iain's mind an arrangement where he and James could be together was impossible until that dinner with Murdo and David made him see an arrangement could be made that could work, and that gave him a lot to ponder.


The plot isn't filled with twist and turns. The focus is more on the characters' emotions and I liked it. I was actually surprised by how much I enjoyed the slow pace. Right time-right book, I suppose. I didn't mind one little bit that not much was going on, especially in the "Now" chapters when all that was happening was Iain trying to get forgiveness from James. He was set out to make peace with James and restore their friendship before leaving the country. That didn't take much space in the book, but at least it resulted in the end of the battle in Iain's mind that had lasted for years. The resolution was rather quick, perhaps too quick as Iain's change of heart came suddenly after so many years, and the end came right afterwards. I would have liked if that last part had been longer, but Iain opened his eyes, and opened his heart, and I choose to believe they'll remain open for both his own and James's sake.


Overall, this was another successful, and slightly different historical read for me. Now, I do need more time to figure out what to do with Murdo and David's books, but there is one character who appeared here I know I want to read more about: Kit Redford. *hint, hint* Yes, I do believe his could be an interesting story. *hint, hint*