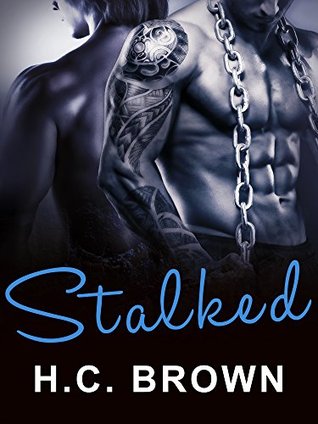 Who's more dangerous – a stripper, an assassin, or a serial killer?

The Stripper Ripper is stalking the streets of New York City, preying on male strippers, and the press is making mincemeat of a helpless police force.

In desperation, the police refer the serial killer's case to the Slayers, a team of enhanced, undercover super soldiers. The commander of the Slayers puts his team on the streets to watch over the Ripper's favorite targets.

One of these targets is Micah, a twink stripper and a desirable sub. Micah's baby sitter is one of the newest members of the Slayers, Sorren, as cold-blooded an assassin as they come, and the last person you'd expect to harbor feelings for his charge.

True to form, Sorren is as surprised as anyone at his new infatuation, but Micah is hiding something. Will Micah learn to trust his protector, or is he destined to be the next victim on the Stripper Ripper's list?

The things that were actually a turn off for me were:

~ The Potrayal of the Characters
No offense, but the characters seemed pretty one-dimensional to me, with no true depth and pretty poor vocabulary volume.
~ The Insta Relationship
I have no problem with insta relationship/ insta love in paranormal books, but when Sorren said that he liked Micah as a person after they had exchanged 5 sentences maximum it was just too much for me. I wasn't feeling their chemistry and their story left me feeling pretty indifferent.
~ The Plot
The best part of the story for me was the crime/mystery, but overall I think the author could have developed it much better, because in the end, the best twists seemed pretty anticlimatic.

All in all, this wasn't the right type read for me, because it didn't satisfy my reading preferences. Read it and decide for yourself!

Purple
Posted by Anonymous at 10:47 AM