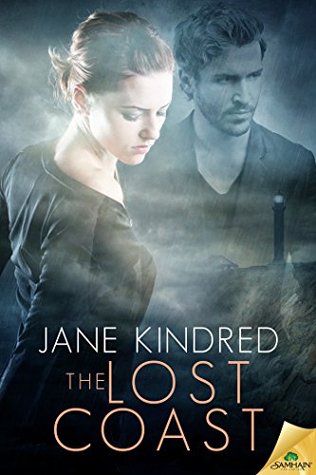 Some histories should stay lost. Especially those written in blood.

The only things Millie Lang’s mother gave her were third-degree burns, and a name Millie refuses to use. Abandoned as an infant, Millie grew up as “the girl with the scars”, shunted from one foster family to the next.

Before she met Lukas Strand, she’d never understood what “home” meant. Then Lukas disappeared without a word. Eight years later, Millie is secure in the life she’s built as a physical therapist. Until she gets a letter from a mysterious stranger who knows her real name.

From the moment she arrives at the sprawling vineyard manor on California’s Lost Coast to work with the owner’s young son, she begins to doubt her secret benefactor’s motives. The vineyard is known as The Strand—and Lukas is her patient’s father.

As Millie delves into the tangled threads of their family histories, she realizes the fire that scarred her may not have been an accident—and Lukas’s son is in danger. Unless she survives long enough to unearth the key to some very uncomfortable truths…

Warning: Contains a vineyard owner whose family tree may not have the ideal number of branches, and a woman who is about to discover the magic hidden in her own DNA. May cause unsettling feelings of creeping anxiety and a sudden urge to make bad puns about wood.

I've been trying to remember what it was about this book that once made me think I would like it and request it on NetGalley, but it's been so long I can't recall anything about it. All I know now is I made a mistake.

It's quite simple: this was not a book for me.

In terms of genre, I wouldn't know how to classify it. The Lost Coast had paranormal elements, murder mystery, erotica, a little romance. Unfortunately, none of them worked for me.

My only status update was What is happening here?! It's a question I kept asking throughout the book, whether it was because I genuinely had no idea what was happening or because I couldn't believe some things were actually happening. In the case of The Lost Coast that was not a good thing.

The main star and narrator of The Lost Coast is Millie, a woman who as a child survived a fire that left her with severe scars, knew nothing of her family, and had her heart broken by one Lukas Strand eight years ago when he disappeared from her life without a word. They meet again when going after a mysterious job offer and promise to find out more about her mother brings her to a place called The Lost Coast and to the home of her long lost lover, one he shares with his wife, and son who she was hired to take care of.

That's when she starts receiving anonymous messages about her childhood and her mother, which makes it the beginning of solving the mystery that is her origin.

During her stay at that estate, Millie will find herself in the middle of the Strand family drama, murders, attempted murders, and family traditions that will really have you wondering what in the world is happening there. Traditions that included incest, a fact I wish was included in the warning. I know the publisher uses that warning portion to describe all the fun things in a book, but I think incest should be in a real warning. It's something I'd like to avoid in books, and in this story it was particularly difficult to read. It's only described through conversations, but it was difficult nonetheless.

Those family traditions are strongly linked with what Lukas's and his wife's families are. And what they are is what made this book a paranormal one. I don't read much PNR, so I can't say if something like this was ever written about. I can only say I haven't ever found it in a book before. Not sure if I would want to repeat it because I found it a bit confusing. That it was connected to the incestuous relations didn't help.

So, Millie is finding out about her mother, father, and her family in general, she's dealing with some odd people at that estate, she's helping her ex's son get better, and keeping him out of danger, she's still attracted to her ex, Lukas, and that's not even half of it. Her life couldn't be any more complicated.

Overall, this was not a book I hated; just one that confused me a great deal, and ultimately didn't work for me. If any of the story parts I've mentioned seem appealing to you, then by all means, pick it up and see for yourself.