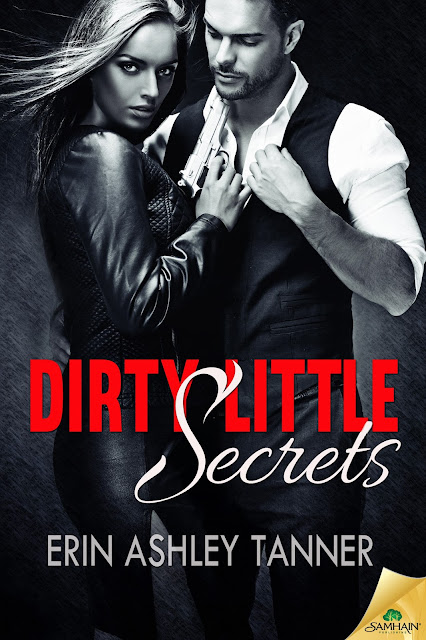 BLURB:
Danger ignites a passion neither of them can refuse.


Ava Hill learned early in life that to survive, she has to be twice as smart, twice as ruthless as those who seek to undermine her. And as the widow of a mob boss with a daughter to raise, nothing is more important than protecting what’s hers. Her determination to shield her child from the ugliness of her past takes a hit when a man claiming to be her late husband’s son barges through her front door.

Dominic Sambarino demands half of her daughter’s inheritance. Ava wastes no time showing him she’ll come out swinging with everything she has. But no amount of fight in the world can prepare her for the instant, smoldering chemistry between the two of them. A friend’s invitation for a weekend getaway is a welcome chance to regroup, or so Ava thinks. But she soon finds herself caught in a circle of her dead husband’s secrets and lies that threaten to cost her everything. And her only safe haven is the one place she vowed she’d never go—Dominic’s arms.

Warning: Strong language, graphic sex scenes between a woman whose well-ordered life is turned upside down by the only man with arms strong enough to catch her when she falls. 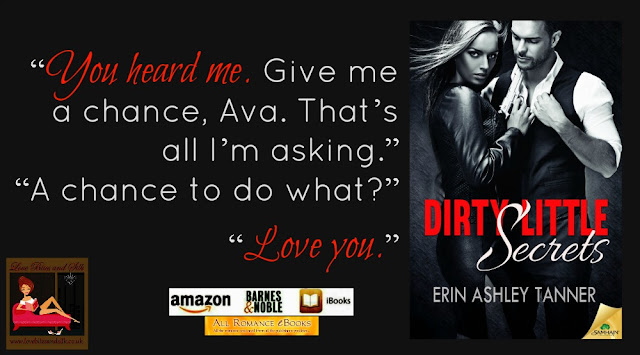 
Dominic caressed her cheek. His voice grew soft. “I can be your happy ever after.”
And then his lips were on hers. Taking. Consuming. Forcing her to admit the truth that her body had already decided. She wanted him. He gripped her face tight as he kissed her with ardent passion. Ava moaned against his mouth as his other hand slid between her legs. Rubbing. Caressing. She pressed herself into his hand. His tongue slipped into her mouth, mimicking what he was doing with his finger. Her breasts were crushed against his chest. Her hands gripped his shoulders pulling him closer to her. She whimpered when he stopped kissing her.
His eyes burned into hers and she was surprised when he picked her up and placed her on the counter. He wedged himself between her thighs. Her bottom lip trembled as he played with her breasts.
“I’m not going to force this, Ava. If you say stop, this goes no further, but I think you want it too.”
He leaned down and kissed her neck softly. Repeatedly. Her body was screaming, begging her to give in to his seduction. It wasn’t like she hadn’t already enjoyed the fruits he had to offer. Why not, Ava? She tried to ignore the voice in her head, but she couldn’t. Not with the way her body was humming.
“Tell me, Ava. Do you want this just as much as I do?” he whispered against her neck.
Her body tingled and she bit her tongue trying to hold back her response. Trying to deny her body what it wanted most. But every kiss across her neck weakened her resolve. “Yes.”
“Yes what?”
“I want you.”
Dominic kissed his way back along her jawline. “What do you want? Tell me how you want it.”
“I want you kissing me. Touching me. Rubbing me. Pleasing me.”
“Pleasing you how, Ava? Tell me. I want to hear you say it,” he whispered.
“I want…I want…”
“I’m waiting.”
“I want you to go down on me and don’t stop until I tell you to.”
Her hands flew to cover her mouth. She was sure her cheeks were red with embarrassment. Dominic’s laughter rumbled in her ear. She made a move to push him away, but he stopped her.
“Your wish is my command.”
She didn’t breathe as he pressed her back against the mirror behind the counter and dropped to his knees. He grabbed her thighs and opened them wider. The first lick of his tongue made her nerves dance. Bracing herself on the counter, she closed her eyes and gave herself over to the pleasure he made her feel. He lapped at her, licking and sucking like she was a juicy sweet mango. His grip on her thighs was tight. And already hovering closer was the promise of an orgasm.
“More. More.”
He complied by sucking her harder. Her pleasure increased and before she knew it she was grabbing his hair holding on to him.
Her entire world burst to life between her legs and the force of the orgasm left her trembling.
“Everybody freeze. Right now.”
Ava opened her eyes. Two uniformed men were standing in the entrance of the bathroom with guns pointed at her and Dominic.


AUTHOR BIO
A proud Alumna of the University of Central Florida and Florida State University, Erin Ashley Tanner specializes in steamy tales with romantic suspense elements. Prior to journeying into the world of contemporary romance, Erin wrote paranormal romance for Evernight Publishing. Her debut novel, Goddess of Legend released in October 2013, was an Amazon bestseller and was the first in her Demi-God Daughters paranormal romance series. The follow up, Goddess by Chance was released in November 2014. Dirty Little Secrets is Erin's first book with Samhain Publishing. Her next release with Samhain, Devious Little Lies is scheduled for release in March 2016.

Posted by PurpleBook at 7:00 AM