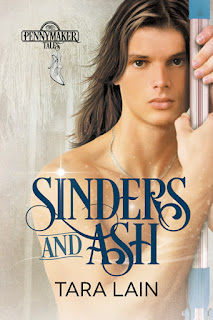 Sinders and Ash
(The Pennymaker Tales Series)
by Tara Lain

Housekeeper Mark Sintorella (Sinders) works diligently at a resort hotel while designing clothes anonymously, hoping to get into fashion school. Then his carefully planned life is upended with the arrival of Ashford Armitage, son of the fifth richest man in America—and the most beautiful guy Mark has ever seen. Ash must find a wife or he’ll lose his grandfather’s inheritance, and he settles on Bitsy Fanderel. But secretly Ash is gay, and the guy who cleans the fireplaces sets his heart ablaze.

Further stirring the pot is the little elf of a man, Carstairs Pennymaker, who has Mark wearing his own designs and masquerading as a girl to impress the fashion investors in the hotel. When the clock strikes twelve, two beautiful princesses line up for the wedding—but one isn’t a woman. Will the slipper fit? Only Mr. Pennymaker knows for sure.

Available for order at

Hair: Black and long; his mother loved his “crowning glory” so he keeps it long but hides it under a cap

Occupation: Works in housekeeping for a resort hotel; aspiring fashion designer, trying to develop a portfolio so he can go to design school

Family: He comes from a large Italian family. Only his mother supported him after he came out as gay and when she died, they threw him out and he lived on the streets

Passion: Falls hard for Aston Armitage, the billionaire’s son, the moment he sees him at the hotel 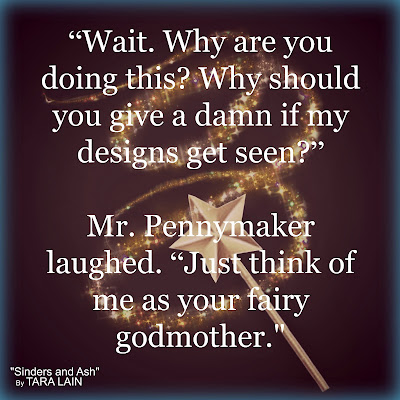 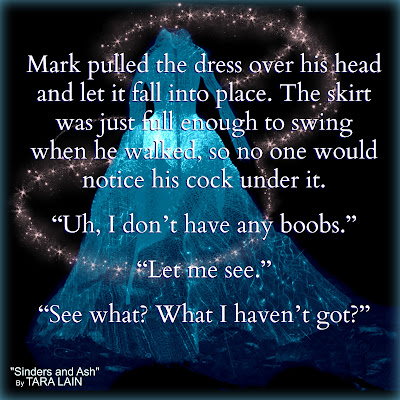 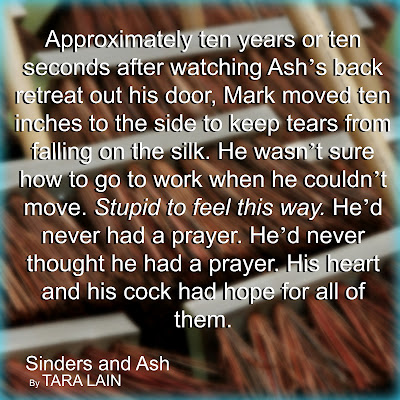 She lives with her soul­mate husband and her soul­mate dog in Laguna Beach, California, a pretty seaside town where she sets a lot of her books. Passionate about diversity, justice, and new experiences, Tara says on her tombstone it will say “Yes”!

You can find Tara at

Posted by PurpleBook at 7:30 AM