How He Really Feels by Lisa Suzanne

"Julianne Becker is desperately in love with her boss, Nick Matthews. She has daydreamed about him since the day she first met him a year earlier, but she is firmly stuck in the friend-zone until New Year’s Eve, when the game completely changes and she finds out how Nick really feels about her. They embark on a sexy affair that’s everything Julianne ever dreamed of... except she can’t tell anyone about it.

What will happen if anyone finds out about their secret relationship? And how will her lifelong best friend, Travis Miller, react when Julianne begins a relationship with someone who isn't him? How He Really Feels is a novel that explores relationships and love between coworkers and friends. It contains some adult situations and is intended for mature readers."

This last year or two there seemed to grow a certain trend about romance books. I guess it started with the world-famous Fifty Shades of Grey. Writers started to write about alpha males, main characters with tortured past or with whatever brutal thing in life they could come up with and then they fixed it with 'epic, unbelievable' romance. They even got so far as to be so obvious with the CEOs or über-rich guy and a 'normal' girl..

I'm rambling now so I'll get to my point. Anyway, I've been reading that kind of books a lot these months that when I received How He Really Feels and started to read it, I was very surprised and immensely delighted!

This little fine gem turned out to be a beautiful, cute romance. It's JUST a romance. Plain and simple. It was a really nice change. I admit, I kept imagining and predicting a certain drama thing, complication or the usual twists that happened in most romance books, but they almost never came! There just one thing I predicted, but I enjoyed that element for a change - triangle.

Nick and Julianne are coworkers for already a year and after Julianne obsessing over him during that time, their relationship finally began to grow into something more. But there was a problem, Nick signed a contract saying he won't have a relationship with a coworker. But it didn't manage to stop the incredible connection and feelings they developed. The book describes how they work through the beginning and it was a touchy part, because as I said I expected complications but it actually went well for a good part of the book.

Can't forget the steamy scenes! Nick and Jules may be a little too cheesy couple; love was dripping from the pages, but they also melted them. Of course me, being in the Way Too Hot Books blog, loved that! Romance gets boring without some spice. ;)

The big thing in this book is Travis - Jules' best friend and an all-around good guy. He's in love with Jules and now with Nick in the picture, he finally decides to bring them to the surface. I actually found him a victim here, Jules made some very wrong and just idiotic decisions. But I liked her. We're all human and it would be a boring book without some mistakes and twists.

Nick on the other hand was kind of too good to be true. He's of course very handsome (I kept imagining him  in the sexy suits, yumm!), smart, kind, caring and romantic man AND great in bed. See? Too good to be true. It's a good thing we women like our men perfect in the books. I loved him for sacrificing himself for Jules, realizing his mistake, I liked him for forgiving Jules, for his love that is bigger then anything. The ending was a beautiful touch, even thought the whole book went a little fast with their relationship.

I guess that if I read this book at I time when I wasn't so in the mood for a little cheesy romance I wouldn't have liked it so much, but now I really did.

If you like your romance nice, cute and a little fairytale-like with some good steam, this book is definitely for you! And plus, it's a great summer read and it's the perfect time to get it! 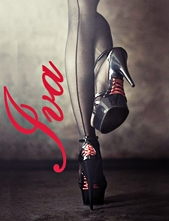