My soul was nothing but an ink stain of consequence.You made me Canute, the foolish man,Trying to turn back the rolling tide of your dark.And I drowned.I drowned.Gabriel Hallow is a damaged man. Rock star, producer and public enemy number one, he sees his redemption in quiet, wholesome school teacher Noelle Winters. Crashing into her life like a wrecking ball, he smothers her innocence and leads her down the razor's edge between submissive and victim, opening her eyes to things she didn't even know could happen between a man and a woman. Overwhelmed by his generosity and charm, how far will she go to save his soul? And when is it too late to turn back?* With bondage and multiple scenes of a sexual nature, this descent into the darkest parts of the human psyche is not for the faint of heart, or the under 18s.

I guess I'll never learn when it comes to these beautiful and captivating covers. They manage to trick me every frigging time. I saw it on Goodreads and it was love at first sight. Then I did a little research to see what the book was about and read the beautiful poem and I instantly knew that I just have to have this book and put everything else on hold. Now when I think about it, I was probably doomed the moment I read that the guy in question is a rock star- damn those sexy musicians! And then came the dark, creepy and intriguing Prologue which literally blew my my mind and made me think that this could possibly be my next favorite book, but  unfortunately it turned out:

Why is that? Well, after the amazing prologue, things started to go south pretty quick and kept on going til the very end with no possibility of redemption, to the point that I was asking myself: why was I reading this again? In the prologue we meet one very creepy guy Gabriel who is obsessively stalking this woman Noelle and has some pretty disturbing thoughts about her.

He had followed her home and spent hours shadowing her around her house with his eyes, window to window, the saccharine sweetness of her existence a siren song to his twisted soul.

I became intrigued right away with his character and the story, because I was yearning for some good dark read and this sounded really promising, but not for long, because with every next chapter the story was turning more and more in this mushy/ soupy BDMS insta-love story between one of the most boring , undefined and annoying characters I read about lately who rarely left the playroom through the whole book. Gabriel turned out to be a great disappointment of a rock star with the exception of the beautiful song her wrote for Noelle. I couldn't connect to his character at all and there where some things about him that reminded me too much on the famous Christian Grey and not in a good way. Too possessive, overbearing, too annoying, too demanding with too many wtf ideas, just too much of everything.

When he spoke again, it was with the voice of the beast...quiet, silky and predatorial. “Kitten, if you don’t go to your room and do as I say right now, I’m going to come down there and kick the fucking door down. God help you if I do that, because I’m going to fuck every orifice you have as hard as I can. I will destroy you.”

But not even he could compare to Noelle who was such a monotonous, naive and annoying religious freak non-stop questioning everything and everyone. She was full of contradictions through the whole book. She did every wicked thing Gabriel asked of her in the bedroom and she definitely enjoyed it, but later on she kept on accusing him that he in a way forced her and manipulated in submission. Girl, you know you have your safe word and that you can put a stop on everything just by saying it anytime, but you didn't, so shut up. At least in the end she finally admitted it to herself, but I was annoyed beyond the point of caring.

“I’ve never met anyone like you before. You’re so...sinful. I don’t know why I let you do the things you do. I’m ashamed to think of them in the cold light of day. I hardly know you, and yet I let you go down on me in the back seat of a car. You just...overwhelm me.”

How could he preach such morally subversive ideas and still consider himself a man of faith?

“I don’t know that I can do this.” She blurted out. The soft strains of Allegri’s Miserere haunted the air between them as Noelle laid her head on his stomach and stared at the ceiling. “I don’t know where to draw the line...where this stops at domination and becomes abuse.” 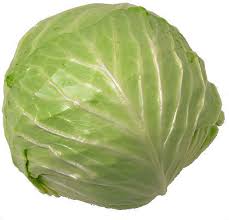 CABBAGE. Girl, are you for real? Way to kill the mood, but I guess it's o.k., because you never actually used it -.-.  And if you asked me to tell you something relevant about this girl aside her connection to Gabriel, like for example about her family or friends, I wouldn't know what to say to you, because  we learn so little about her in the story except that she's a teacher in the daylight and a kinky submissive in the evening. There were also other characters in the book, like for example Gabriel's band mates, but even when they were present in the scene, they never spoke or anything that you start asking yourself are they really alive or just his imaginary friends. Not until around 70% of the story do we finally meet them or anyone else for real, the whole book being focused on Noelle's and Gabriel's BDSM relationship. I didn't even feel sorry for the way things ended. The only character I felt sorry for in this book was Gabriel's poor driver who had to endure Gabriel's and Noelle's creepy exhibitionism on daily basis. All in all : the things that I actually liked about this book are: the gorgeous cover, the intriguing and well-written prologue and the song Gabriel wrote to Noelle, part of which you can read above, in the summary. And .That's.About.It.
Will I read the next installment in the series?

Posted by PurpleBook at 9:50 PM