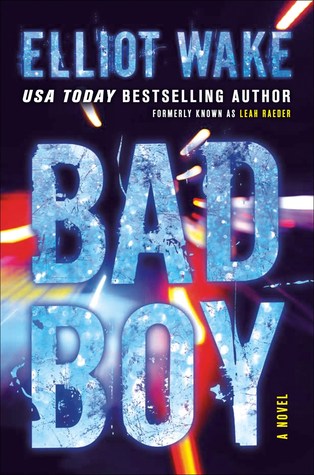 Vlog star Renard Grant has nothing to prove: he’s got a pretty face, chiseled body, and two million adoring video subscribers. Plus the scars on his chest and a prescription for testosterone. Because Ren is transgender: assigned female at birth, living now as male. He films his transition and shares it bravely with the world; his fans love his honesty and positivity.

But Ren has been living a double life.

Off-camera, he’s Cane, the muscle-bound enforcer for social justice vigilante group Black Iris. As Cane, he lets his dark side loose. Hurts those who prey on the disempowered. Indulges in the ugly side of masculinity. And his new partner, Tamsin Baylor, is a girl as rough and relentless as him. Together, they terrorize the trolls into silence.

But when a routine Black Iris job goes south, Ren is put in the crosshairs. Someone is out to ruin his life. He’s a bad boy, they say, guilty of what he punishes others for.

Just like every other guy: at heart, he’s a monster, too.

Now Ren’s got everything to prove. He has to clear his name, and show the world he’s a good man. But that requires facing demons he’s locked away for years. And it might mean discovering he’s not such a good guy after all.

Just as it was the case with Black Iris and Cam Girl, the last page of Bad Boy by Elliot Wake left me feeling emotionally drained and in urgent need of hugs, but as every emotional junkie/ masochist reader I'm addicted to this type of books. Books that make you feel and leave some profound impression on you.

First of all - before reading Bad Boy, I highly recommend reading Black Iris #1 and Cam Girl #2, because the stories and the characters are intertwined. Otherwise you'll feel out of the loop if you jump right on this one. Bad Boy is a story about Ren, one of the members of the vigilante group called Black Iris which is dedicted on getting revenge on those who have wronged women. But this is not your typical revenge story. The story is more complex and thoughtprovoking than that, where revenge only makes a small part of it. First and foremost, for me, it's a quite powerful and poignant story about everyday life and struggles of a transgender with the addition of gender and rape culture.

Without spoiling anything all I can say is that you should read Elliot Wake's books if not solely because of the writing which is outstanding. Whereas I adored Black Iris and Cam Girl and can't recommend them enough, when it comes to Bad Boy I'll have to agree with readers who said that the concept of the story was good, I liked it, but I wasn't exactly satisfied with the way the author concluded some situations. With this I refer especially to the ending which was in my opinion rushed and to some point anticlimatic. To sum it up- there were some parts I loved and then some not so much. That's why this time it's 3.5 stars.

Recommended to the fans of thoughtprovoking mindfucks!

“We’re all trapped by something. Freedom is an illusion. It’s the wind in your hair as you plummet off the cliff’s edge."

Purple
Posted by PurpleBook at 6:30 PM