My first Kate Evangelista book was Taste, you can read what Tanja and I thought about it over on Ja čitam, a ti? - so when I got invite to join Savor blog tour, it was a done deal. What I did not know is that Savor is non-sequel for Taste. What does that mean? First, you don't have to read Taste before Savor. Story is completely different no matter the fact that it's about same characters. Second, Taste is young adult, and Savor is not. Third? I believe in Kate and I know that her sequels will explain how Luka and the gang went from where we left them in Taste and ended up like members of Vicious. 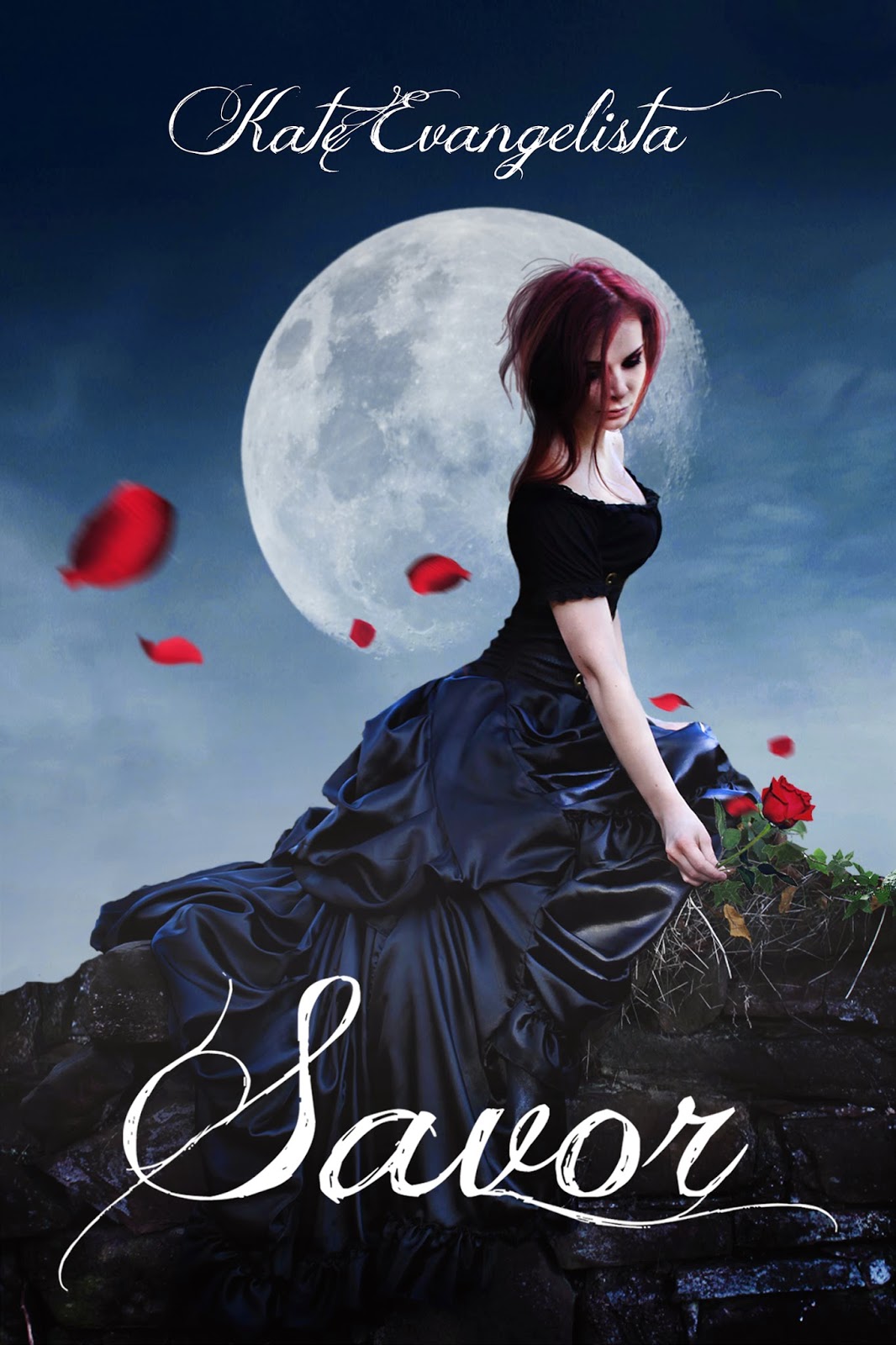 "I’m Dakota Collins, a tough talking, eye patch wearing, workaholic photography student. Why am I important? Well, maybe because I get to spend an entire month with Vicious, only the sickest indie rock band out there.

You see, I needed a subject for my Spring Showcase introspective in order to graduate. During a chance encounter at a club I’d been sent to cover for the Daily Gossip, our ironically named college paper, the features writer I usually teamed up with introduced me to the band—by accident, I might add. It involved a run in with a scary, bald bodyguard. Anyway, long story short, I signed a contract to take pictures of Vicious.

I should have known their handsome yet way too serious for his own good bassist, Luka Visraya, wouldn't be able to keep his hands to himself. He’s gorgeous and all, but the way he smiles spelled trouble with a capital L. I’m in for a long month with him around.

Crazy shit happens and then some. So, if you want the skinny on Vicious and the events revolving around my stay at Lunar Manor, read my story."

I don't usually have theme songs for my current reads, but I've been listening Lianne La Havas last few days I think her song Lost & Found kind of perfectly fits as background for Luka and Dakota's relationship - especially that last scene.

As I were saying at the beginning of this post, Savor is kind of a sequel, but it is not sequel for Kate's young adult novel Taste. I do not recommend you to read book summary for previous novel if you do not plan to read it, because it might spoil reading Vicious Feast series for you. First of all, I have to say that Kate Evangelista became much better writer since her debut novel. Everything I found lacking in that one, I couldn't find in Savor.
When I started reading, I thought it would something like Devil's Metal by Karina Halle, but other than a outsider girl ending up with the famous band, there is nothing else that connects this two books. While I faound Halle's novel sometimes hard to get into, I had no troubles instantly falling far characters and atmosphere of Kate's gothic world.

Prepare yourself for... Luka. Seriously, this guy can put Adrian Ivashkov to shame. He is like Adrian, but with more alpha male instincts. One look on Dakota and he pretty much makes her be part of his life. I have no idea how that girl resisted whole blonde, bad boy/rock star, singing his heart out and sleeping next to you without touching scenarios. Well, Dakota has one more thing in common with pirates other than her eye patch - she is a bad ass and even Luka, spoiled rich boy, can't get away with his antics when he is with her.

Reading all of those thing about photography, made me want to take a pictures too. It was interesting to read about the whole process. My favorite, scene with Dray, band's drummer. You will see...

I seriously hope that next novel, Relish, will be published soon because I can not wait to see what happens next.

If you want second opinion about Savor, you should read Tanja's review on Ja čitam, a ti?