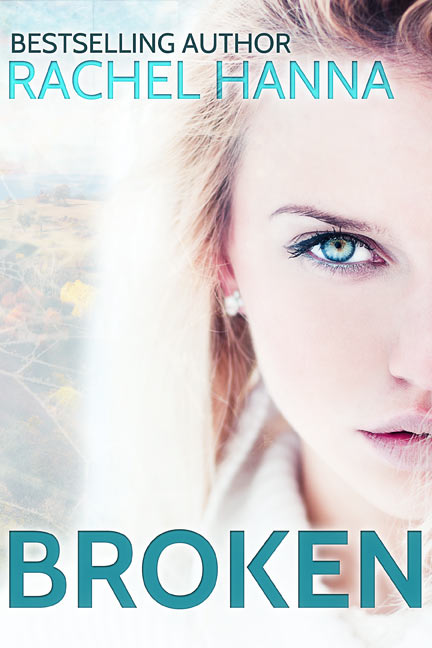 
When twenty-four year old Bella Clay experiences yet another major loss in her life, she is forced to come home and become a young, single mother to her seven year old nephew. No one in the small town of Madison Falls knows just how damaged she is, and they certainly don't know her dirty little secret about where she's been for the last two years.

Grant Brady is the local hunk who works as the elementary school PE and history teacher. When he takes an interest in helping Bella start over in Madison Falls, she tries to push him away afraid that he will find out her dark secrets. What she doesn't know is that Grant has a secret of his own.

Will love prevail or will one or both of them run for the hills out of fear?

Lori Clay was the ultimate Mom. Or at least she tried to be. She adored her seven year old son, Ethan, more than anything in the world. As a single mother at only twenty-two years old, she still felt like a kid herself in so many ways.

When she got pregnant at only fourteen years old, no one was surprised. She and her older sister lost their mother in a car accident when they were still in elementary school, and it had changed both of their lives, affecting them in a multitude of ways. They grew up in foster care, which meant they never had a place to call home.

Lori never felt like she belonged. She sought out comfort in the arms of the wrong teenage boy who had promised her the world but didn’t even stick around for the birth of their son. The last time she’d heard anything about him, he was in jail for selling drugs. It reminded her of their own father who never stuck around to know either of his daughters. He’d bailed on them and their mother when Lori was only two weeks old.

Lori had to raise her son alone while her older sister, Bella, had taken a job across the country in California. She seemed to make pretty good money as a marketing representative for a make-up company, which wasn’t shocking because she was so beautiful. Bella had long blond hair and striking blue eyes. She looked like a cover model, and Lori often wondered why she didn’t pursue modeling. Originally, she had moved to L.A. to make it as an actress, but that career never took off. No matter what, Bella sent Lori money every month like clockwork to make sure that she and Ethan had what they needed.

As she rushed over to her son’s school to take him his lunch bag, she thought about everything her sister had done for her since they were kids. She stayed by her side in every foster home and often took the brunt of the abuse they suffered. Lori knew that there must be good foster parents out there in the world who cared for the kids they took in, but she and her sister were never lucky enough to find any of those people. They seemed to get the dregs of society instead.

First, there was the Logan household where they both endured physical abuse from Cal Logan. He was a big barrel of a man with a horrendous drinking problem. Bella would often admit to doing things she didn’t do just to protect Lori and divert attention away from her. That wasn’t to say that Lori never got hit, but it was far less than Bella simply because her sister would act out on purpose to take the punishment for both of them. Lori never understood why her sister had such a strong sense of protection and loyalty, but it was almost as if she’d come programmed with it at birth.

Then there was the Cramer house where the sexual abuse of Bella began at ten years old. In that case, her beauty was something that haunted her. The two other foster boys in the house abused her for three years before the social worker finally removed the girls. When they were removed, Bella was thirteen and Lori was eleven, and there was no question that Bella was scarred for life. What she experienced at the Cramer’s was unthinkable, and Lori found it difficult going back in her mind to that time of their lives. While she was thankful that they always stayed together, she also wished that she never had to witness Bella’s constant abuse.

Bounced from house to house, the girls were never stable for long. Both had tried drugs, and both were sexually active at young ages. It seemed that no one cared. Their various foster parents never cared, and the state and county officials charged with protecting them certainly didn’t seem to care.

The unfortunate part of their story had been the lack of family. When their mother was mowed down by a drunk teenage driver, the girls had no family to care for them. The only living family member happened to be their great-grandmother, Elsie, who was ninety-two at the time and in a nursing home. Everyone else was gone, and the girls felt like they were invisible to the world.

When they went to their last foster home, they had very low expectations. After living in a group home for a year, they were finally placed with the Ellington family just outside of Atlanta. There was the mother, Carolyn, and the father, Dale. They had no other children, so Lori and Bella were their sole focus.

At fourteen years old, Bella was already more mature than many adults. She didn’t really want parents at that point. She wanted to live her life and make her own decisions, which did not sit well with the Ellingtons. She rebelled and wreaked so much havoc that they considered putting her back in the group home. Lori begged them not to take her sister away as she clung to any semblance of a normal family.

Bella eventually settled down, and things were good for a while. Although the Ellingtons were not very loving people, at least the daily abuse was gone and they could feel somewhat secure. When Lori got pregnant with Ethan at fourteen, the Ellingtons had finally had enough. They did not want to raise a baby, too, so they sent the girls back to the group home where they lived until Bella was considered an adult.

After much convincing, Bella was able to get guardianship of her younger sister when Lori was sixteen. Of course, by that time she had a baby. She and Bella moved to a small town in north Georgia called Madison Falls. They both just wanted to start over. After getting a job as a waitress at a local diner, Bella was able to get them a small apartment - and it was really, really small. With just one bedroom, one bathroom and a pull-out sofa bed, the girls managed to get by for a while.

Eventually, Lori was able to get herself together and become a mother to Ethan. At twenty-two, she was living on her own and had been for two years. She had a part-time job as a house cleaner and volunteered at Ethan’s school a lot of the time, too. She planned to go back to school in the Fall to get her degree as a legal secretary. But without Bella, she could never have made it. She owed her sister her life.

As Lori saw the large garbage truck careening out of control and heading toward her compact car, her last thoughts would be of her sister… and her son who would now be left without his mother, just like she had been.

a Rafflecopter giveaway
Posted by Glass at 4:14 PM